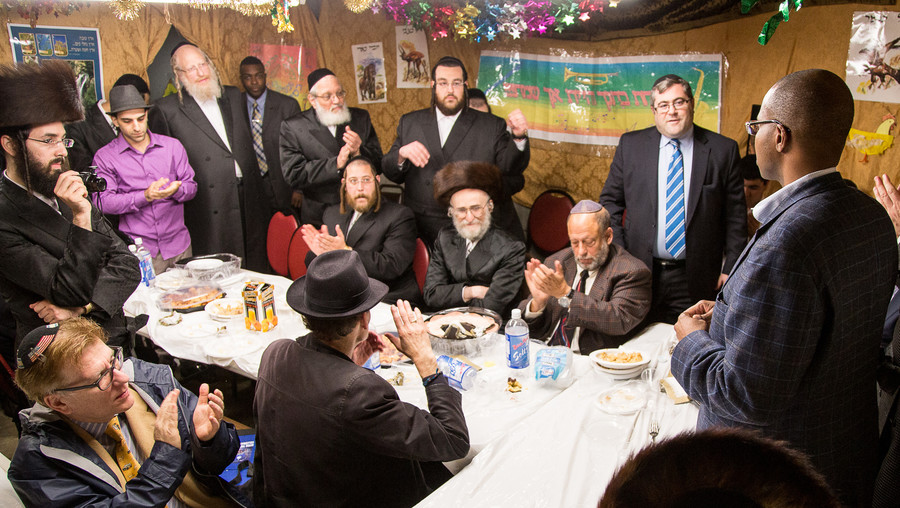 Ken Thompson (right) speaks in the Liska Sukkah in October 2014. He was hosted by Ezra Friedlander, CEO of The Friedlander Group (standing near right).

Brooklyn District Attorney Ken Thompson, 50, died of cancer last weekend just days after announcing he was turning over the operation of his office to an assistant while he underwent treatment.

“Ken was a dedicated public servant who embodied the highest principles of the law, and his grand presence will be sorely missed,” said Gov. Andrew Cuomo.

Ezra Friedlander, CEO of The Friedlander Group, who hosted Thompson in the Liska Sukkah in October 2014, recalled Thompson’s “passion and determination” when discussing the Conviction Review Unit he established in the DA’s office “which was lauded as national model to help innocent individuals who were wrongfully convicted.”

“That staunch focus on integrity even where there was no CSI silver bullet, set Thompson apart as a national figure,” said Brandon Garrett, a University of Virginia School of Law professor and author of “Convicting the Innocent: Where Criminal Prosecutions Go Wrong.”