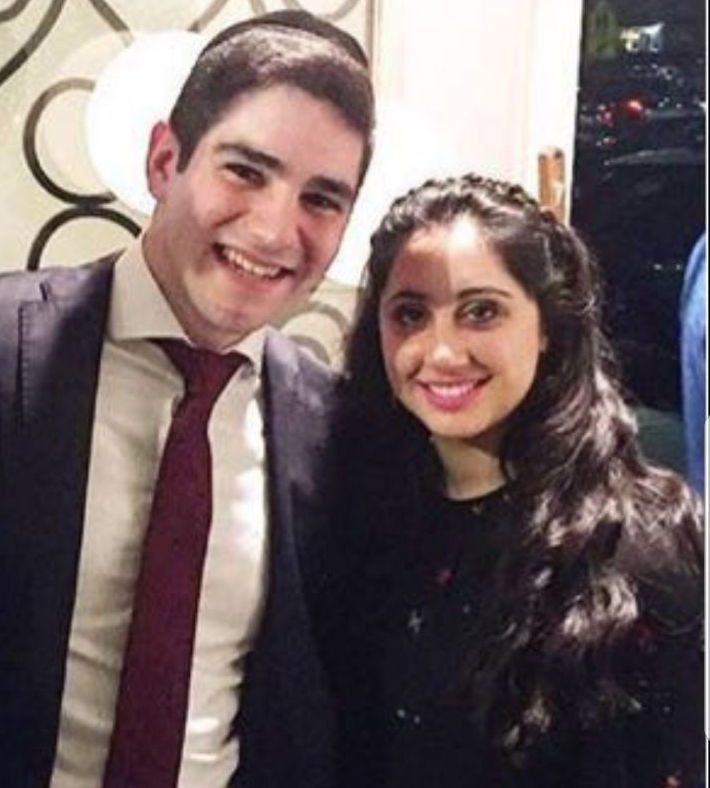 A horrific multi-vehicle pileup on the Nassau Expressway early Wednesday morning resulted in an unspeakable tragedy: the loss of a young chosson and kallah.

Elisheva Kaplan a"h, a Far Rockaway resident and daughter of the chazzan at Beth Shalom in Lawrence, and Yisroel Levin z"l, son of Rabbi Shaya Levin of Flatbush, were victims in the 1:40 am collision involving five vehicles. Among five people who were injured, two were arrested.

The levayah for both niftarim will be held at 11 am on Thursday, April 5, in Yeshiva Darchei Torah, 257 Beach 17 St., Far Rockaway.

Kevurah for Elisheva will be in Beth David Cemetery (Elmont) following the levaya. Kevurah for Yisroel will be on Sunday, April 8, in Beit Shemesh, Israel.
Shivah and minyanim details TBA.

Police said they were investigating the possibility that the two under arrest were driving while intoxicated. Nassau Police spokesman Det. Lt. Richard LeBrun said a heavy fog could also have been a factor.

As of 4 pm Wednesday, police had not officially released the names of those killed, injured and arrested. Yeshiva World News first reported the identify of those who were niftar.

As late as 4 pm on Wednesday, the expressway remained closed in both directions from Burnside Avenue to Bay Boulevard, LeBrun said.

“It’s a very difficult, slow methodical investigation … because the debris field is so large,” he said.