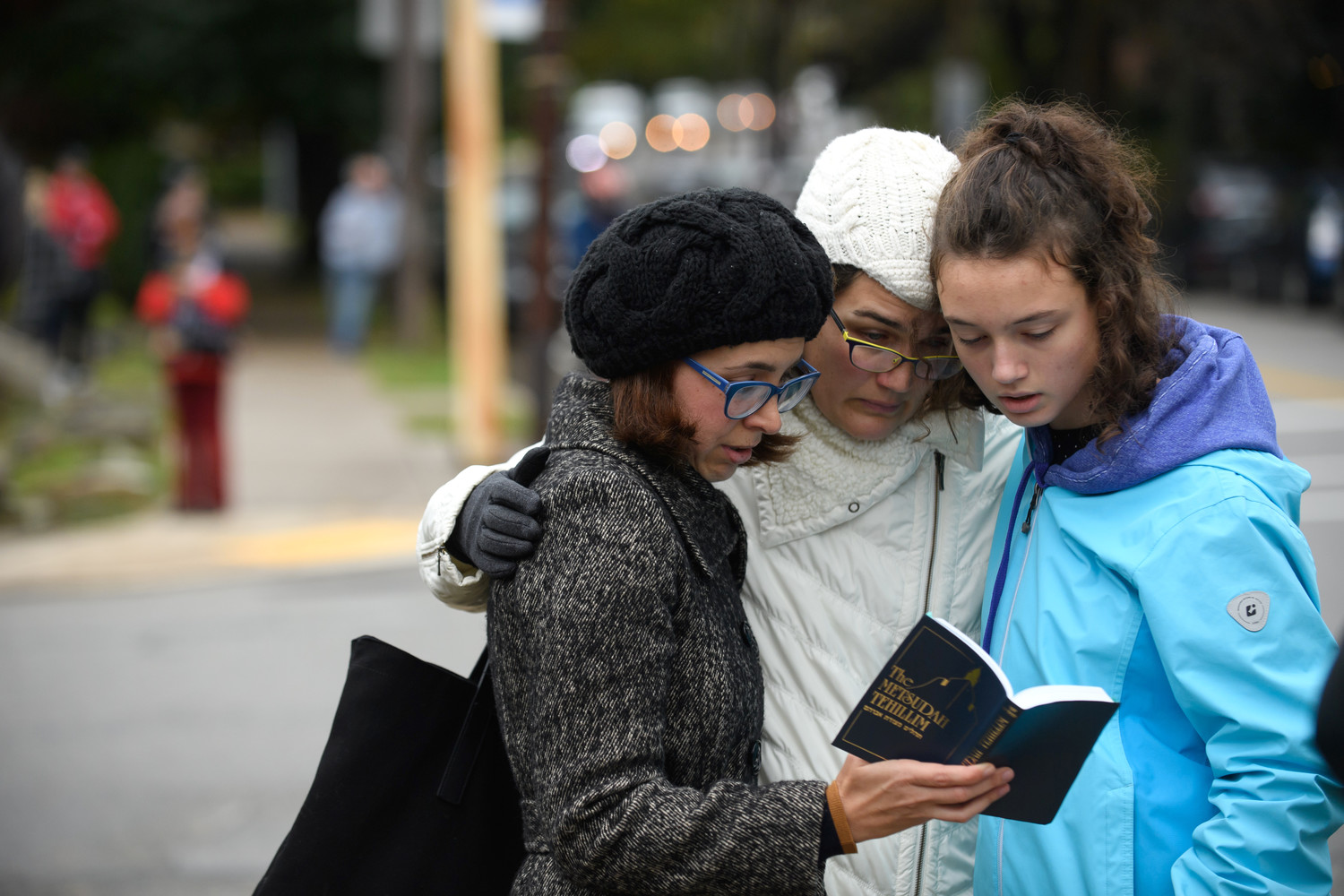 From left: Tammy Hepps, Kate Rothstein and her daughter, Simone Rothstein, 16, pray a block away from the site of a mass shooting at the Tree of Life Synagogue in the Squirrel Hill neighborhood of Pittsburgh, on Oct. 27.
Jeff Swensen/Getty Images
By Josefin Dolsten, JTA

As news spread of the shooting at a synagogue in Pittsburgh, Jews — and Americans of all backgrounds — across the country reeled from the shock. With 11 confirmed casualties, it is the deadliest attack on the Jewish community in U.S. history.

JTA looked at other times U.S. Jewish institutions were targeted, and the attackers’ affiliations.

Buford O’Neal Furrow walked into the lobby of the North Valley Jewish Community Center in Los Angeles and opened fire. He fired 70 shots that wounded five people, including three children. No one was killed at the JCC. Furrow then drove away and later fatally shot a Filipino-American mail worker, Joseph Illeto. The gunman eventually walked into an FBI office and surrendered. Furrow was a white supremacist with ties to Aryan Nations, a neo-Nazi white supremacist group. Furrow, who said he hoped his attack would inspire others to target Jews, had considered attacking other Los Angeles Jewish organizations, including the Skirball Cultural Center and the Simon Wiesenthal Center. He was sentenced to life in prison.

Shooter’s motivation: Muslim who said he was angry at Israel

Naveed Afzal Haq shot six women at the Seattle Jewish Federation of Greater Seattle, killing one. He had entered by forcing a 14-year-old girl at gunpoint to buzz the building intercom. Once inside, he shot six people and called the police to tell them he had taken hostages. Haq eventually surrendered to the police. He killed one woman, Pamela Waechter, and wounded five others. People who were inside the federation said Haq shouted about being a Muslim who was angry at Israel. However, some later suggested that mental illness was to blame. Haq was not a frequent worshipper at mosque and at one point had converted to Christianity. He received a life sentence.

James Wenneker von Brunn entered the museum in Washington, D.C., and fatally shot security guard Stephen Tyrone Johns. Two other security guards shot back, wounding von Brunn before he was able to shoot anyone else. Wenneker was a white supremacist and Holocaust denier who had self-published a book in which he praised Adolf Hitler. He had been arrested in 1981 for attempted kidnapping and hostage taking at the Federal Reserve building. He died at the age of 89 before receiving a sentence.

Frazier Glenn Miller Jr. shot people in the parking lot of the Jewish Community Center of Greater Kansas City in Overland Park, Kansas, and fired shots into the JCC building. He then left in his car and went to a nearby Jewish retirement community, Village Shalom, where he also shot at people in a parking lot. Miller, a neo-Nazi and a former Ku Klux Klan member, had intended to target Jews, but the three fatalities were non-Jews visiting the JCC or assisted-living facility. He was sentenced to death and is currently on death row.