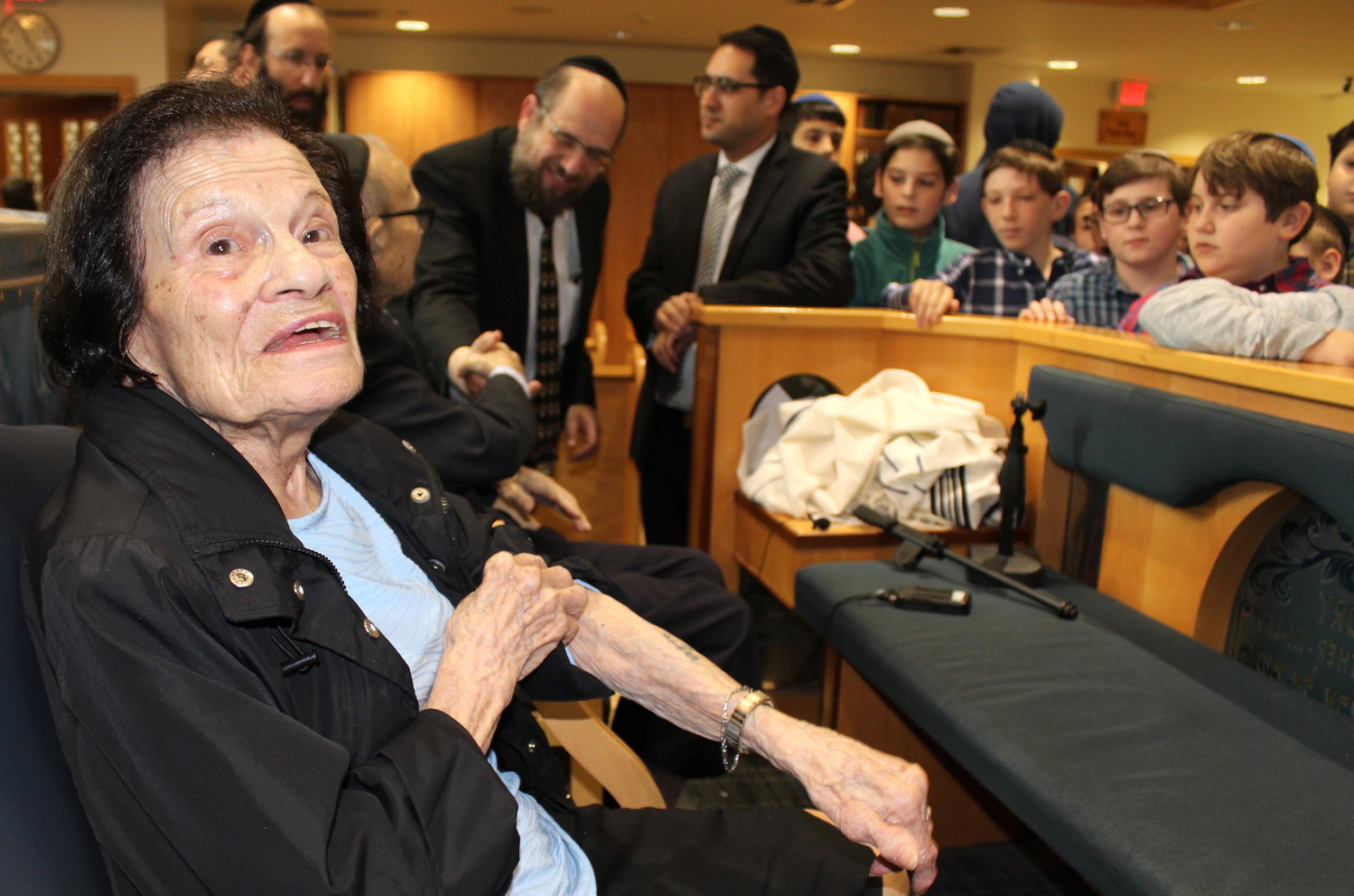 Rabbi Yoni Escovitz, a seventh grade rebbi at YOSS and rav of this brother and sister, led an interactive question and answer session for the sixth through eighth graders. They presented a glimpse of pre-war European Jewry and the incredible void that remained after the war. The talmidim heard about their harrowing experiences in the ghettos and concentration camps and on the death march, and were inspired by their miraculous survival.

Afterwards, the students personally greeted and thanked them for sharing their stories. It was then that they were shown the numbers on Mrs. Siegelman’s arm, to be etched forever into their minds.

“It is so important for the new generation to have first-hand testimony of the Holocaust,” said Rabbi Zev Davidowitz, menahel ha mechina. “Our talmidim need to be able to tell their children, grandchildren and great-grandchildren what they heard with their own ears and saw with their own eyes.”