Why the Ivys get an ‘F’ on campus antisemitism 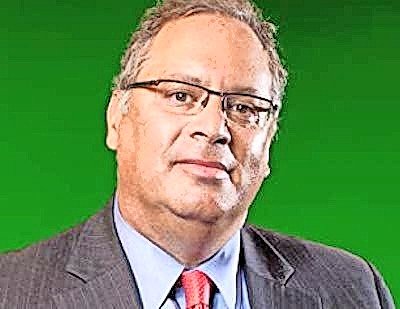 The new, virulent and virally transmitted mutation of what can be termed ‘apartheid antisemitism’ has largely been neglected by university administrations.”
By Dan Diker

The latest report by the “Stop Antisemitism” monitoring group regarding antisemitism on US university campuses paints a dark picture.

Fifty-five percent of students surveyed report being a target of campus antisemitism. Seventy-two percent report that university administrators fail to take both verbal expressions of antisemitism and threats to Jews’ physical safety seriously. Fifty-five percent of students said that they hide their support for Israel, while 73 percent report hiding their Jewish identity on campus.

Even with a generously overstated standard deviation, this is a failing report card on the state of Jew-hatred on US university campuses.

Ivy League academe, representing higher education’s intellectual “elite,” fares no better. Flagship schools such as Princeton, Harvard, Yale and Columbia have nurtured the BDS campaign and its publicly declared goal of dissolving “apartheid” Israel and replacing it with idyllic “Palestine.”

The 2022 report on campus antisemitism reflects a new intensity and pathological metastasis of Jew-hatred, laser-focused on Israel, the nation-state of the Jewish people, the world’s largest Jewish collective. The Israel-centeredness of the new antisemitism has been both woefully underestimated and willfully overlooked by higher education administrators. Even worse, it has been intentionally exploited by “pro-Palestinian” faculty members and student groups on campus.

Empirically, there is a nearly one-to-one relationship, that the AMCHA organization has proven over the past 10 years, between acts of campus antisemitism and Israel-focused hatred. This new virulent and virally transmitted mutation of what can be termed “apartheid antisemitism” has largely been neglected by university administrations because it has masked itself as legitimate political critique.'

Few faculty or students on campus would dare to assault black or African students while rhetorically attacking ANC-ruled South Africa as corrupt, or delegitimize Nigeria, Chad or Niger as “genocidal” because of Boko Haram’s or other extremist Islamist terror groups’ religious and tribal-based acts of oppression or murder. This is not the case with Jewish students, who suffer the consequences of the defamation, delegitimization and dehumanization of Israel.

The late Bernard Lewis, a professor of Near Eastern and Islamic studies at Princeton, widely considered the doyen of Middle Eastern scholarship, first identified the deception inherent in political antisemitism. Lewis called both individual and collective manifestations the phenomenon “Judeophobia” in a pathbreaking article in the December 2005 issue of The American Scholar.

Lewis asserted that while religious and racial forms of antisemitism had become unacceptable in the West, particularly in the United States in the postwar era, political antisemitism that declared Israel the world’s Nazi, an apartheid state, or a genocidal, racist home to war criminals, triggers little or no public opprobrium.

Rather, its appeal fills college auditoriums and classrooms with students and faculty who resolutely support bigoted representations in the name of BDS, pro-Palestinian activism and “justice for Palestine.” In fact, in 2019, the German Bundestag condemned BDS as an antisemitic movement that “recalls the most terrible phase of German history.”

Israel-apartheid antisemitic nomenclature anchors the virulent BDS campaign on several hundred university campuses in the United States and Europe. This annihilationist language, that implies the justified aim of cancellation of Jewish self-determination, also typifies that used by nationwide campus organizations such as Students for Justice in Palestine, the Palestine Solidarity Committee and Within Our Lifetime.

These “grassroots, nonviolent, student civil society” organizations are the American outgrowth of the Boycott National Committee that was founded in Ramallah in 2007, following the 2005 BDS “call” and the founding of PACBI (the Palestinian Academic and Cultural Boycott of Israel) in 2004.

These Ramallah-based boycott initiatives have metastasized across hundreds of college campuses and continue to spread poisonous propaganda against both individual Jews and the Jewish collective in Israel, and include EU and US State Department-designated terror organizations such as Hamas, Palestinian Islamic Jihad and the Popular Front for the Liberation of Palestine. These organizations fall under the umbrella of PNIF (the Palestinian National and Islamic Forces) that was established by former Palestinian leader and convicted terrorist Marwan Barghouti during the 2001 “al-Aqsa” intifada.

Israel-targeted Jew hatred has already been identified and addressed by the IHRA (International Holocaust Remembrance Alliance) Working Definition of Antisemitism, that prohibits referring to Israel as a “racist endeavor,” “holding individual Jews responsible for the policies of the State of Israel,” or “drawing comparisons of Israeli policy to that of the Nazis.”

IHRA has been adopted by nearly every state and many universities in the United States and by the European Union. Yet universities, states, and national and international institutions still fail to educate about, advocate for, or enforce the IHRA definition, which allows Israel-targeted antisemitism to flourish.

Natan Sharansky, former Deputy Prime Minister of Israel and Soviet “prisoner of Zion,” summarizes the new antisemitism in his “3-D test” that delineates delegitimization, demonization and double standards against Israel, which reflect classic antisemitism against individual Jews, and which Israel’s adversaries use liberally under the guise of legitimate criticism.

As one of many Israeli former undergraduate and graduate students at Harvard in the 1980s and 1990s, we did not face today’s onslaught of invective against Israel and Zionist Jews. However, in my senior year at Harvard College things began to change for the worse. PLO affiliates were guests of the Harvard Law School Minority Students Association.

In the question and answer session after the lecture, anyone who had a Jewish name or “looked Jewish” was not permitted to ask questions. Professor Alan Dershowitz led us Jewish students out of the room in protest, an “auspicious” beginning to the current unpleasant reality for many Jews at Harvard. The recent crisis generated by the Palestine Solidarity Committee and its endorsement by the Harvard Crimson is a reminder of the current crisis.

Countering the new antisemitism requires an unwavering, unconditional and zero-tolerance policy for hate speech that frequently leads to violence against Jews. This must be combined with a massive campaign, led by Israel, the historical homeland and modern center of world Jewry, to educate and advocate for IHRA principles and definitions.

The alternative remains the moral and intellectual vacuum that will continue to be filled by those who have intensified the war against Jewish self-determination in a secure and democratic state in the Middle East.