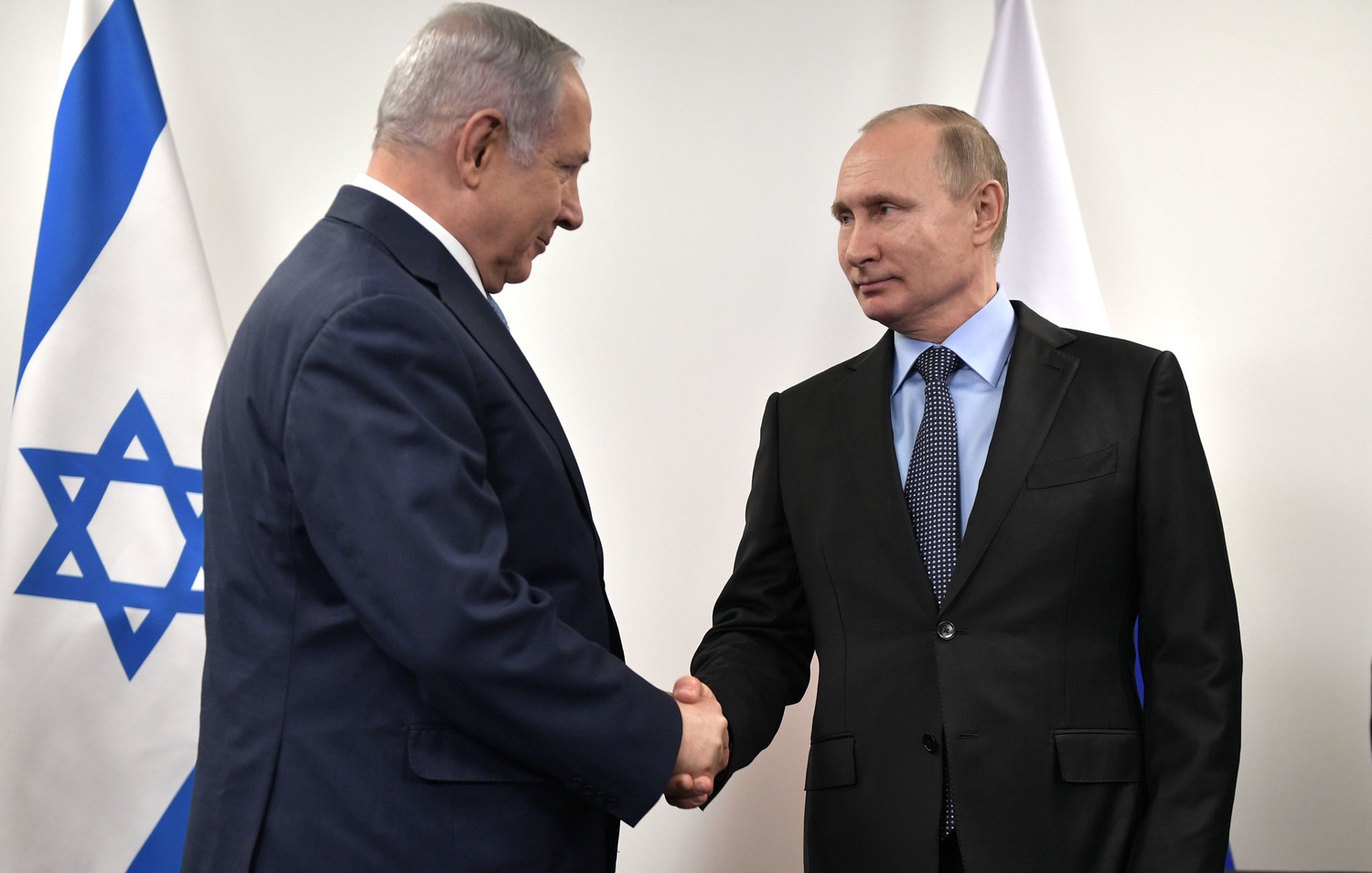 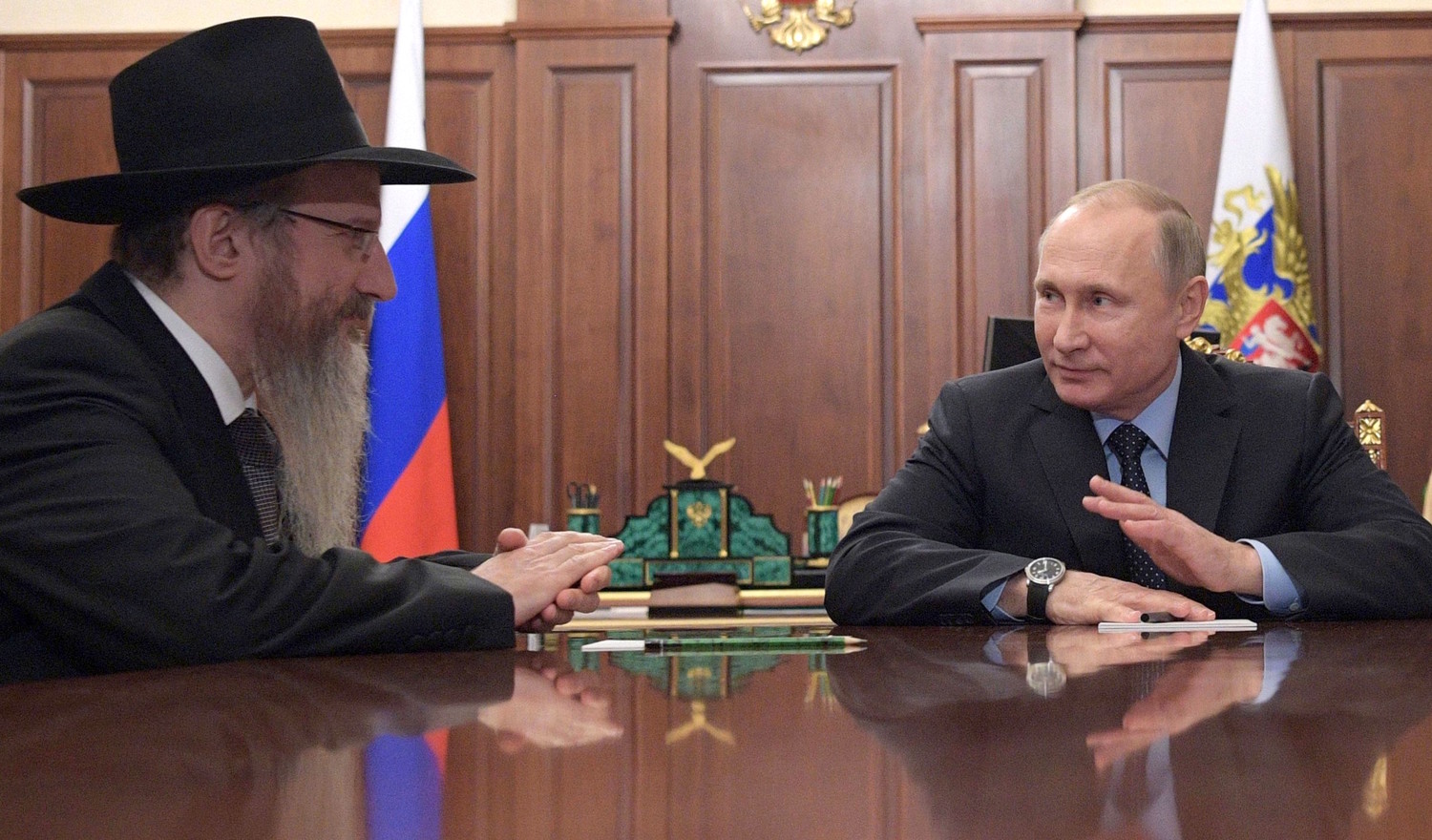 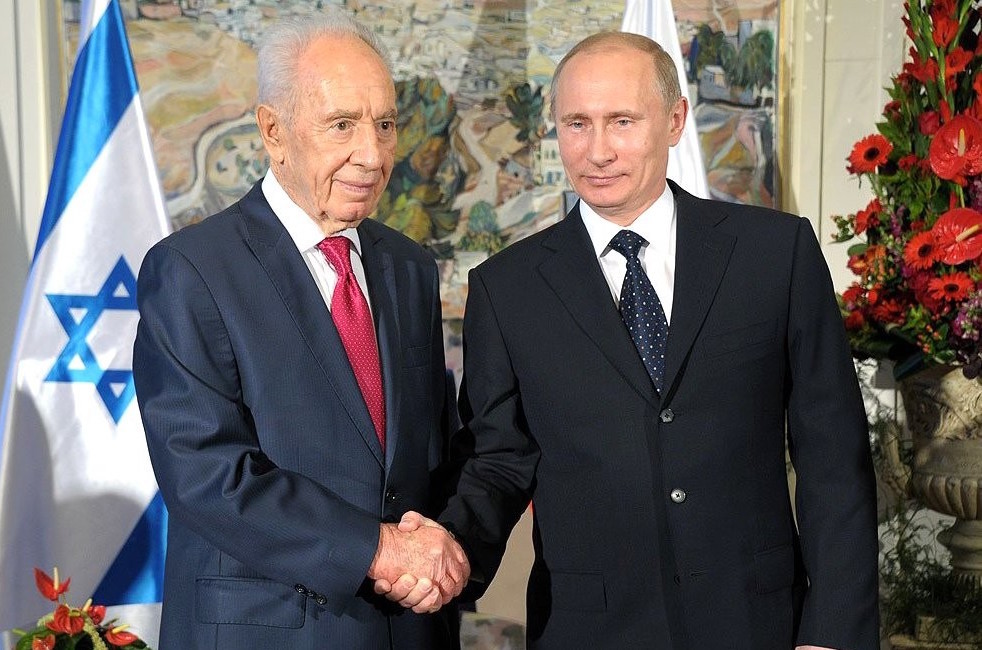 As reported in The Jewish Star last week, Trump said that he and Putin had reached a “really good conclusion” for Israel in regard to the situation in Syria. The Russian leader said he paid “special attention” to the Jewish state during negotiations.

Trump’s unflinching support for Israel — perhaps a result of evangelical enthusiasm, ideological nudging from his Jewish son-in-law, or the need to repudiate all things Obama — is well documented. But Putin’s is unexpected, especially since he backs Syria’s Bashar Assad, a war criminal whose regional interests often defy Israel’s.

Even more counterintuitive is the motivation behind his Jewish outreach: raging nationalism. Putin believes it is his personal duty to Make Russia Great Again.

“Russia’s President Vladimir Putin, czar in all but name, has a genius for mining the ore of Russian nationalism,” writes Ralph Peters of the Hoover Institution. Putin often frames expansionist foreign policies around such nationalism, particularly “as a protection of ‘ours’ — and ‘ours’ are Russian, no matter where they live,” explains Masha Lipman in The New Yorker.

Putin has made efforts to reach out to Russian Jewish communities, both in Russia and in Israel. Russia’s chief rabbi, Berel Lazar, is a close confidante. According to biographers Fiona Hill and Clifford Gaddy, Putin has “encouraged Russian oligarchs — irrespective of their ethnic or religious origin — to fund the restoration of synagogues and mosques, not just churches.”

“For Putin, Russia’s multiethnic, indigenous culture … must be preserved and actively maintained for the state to survive,” Hill, senior director for European and Russian Affairs on Trump’s National Security Council, and Gaddy, a former Brookings Institution fellow, write in their book Mr. Putin: Operative in the Kremlin.

“In Putin’s view, the Bolsheviks made a serious mistake in destroying these cultural artifacts,” which the authors say could have been “useful history for binding all the different groups together and creating a common heritage.”

Putin’s nationalism, unlike its Soviet predecessor, incorporates ethnic minority groups, including Jews, weaving “ours” into the narrative governing Russian’s history and future in an effort to unite the Russian people and restore the former empire.

In a September 2010 meeting with then-Israeli Defense Minister Ehud Barak, Putin “in addition to stressing the importance of reaching out to Russian emigres,” write Hill and Gaddy, “talked wistfully of bringing back ‘our Jews’ who had emigrated to Israel.” They say he “rejected the idea that former Jewish citizens of the Russian Empire and Soviet Union might not want to come back” given previous discrimination.

A 2017 report indicated that the number of Russians emigrating from Israel back to their ethnic homeland is rising. Rabbi Boruch Gorin, a senior figure in Russia’s Chabad-affiliated Federation of Jewish Communities, indicates that Putin’s conception of Russia, unlike its Soviet iteration, includes Jews.

“I believe that he has a sort of Russian nationalism that they call patriotism, that includes all of the ‘native’ Russians in Mother Russian ethnicity — and Russian Jews are in as well,” Gorin told JTA in an email. “He is interested in the strong (sort of best) Russian Jewish community, as a matter of Russian pride.”

When a member of Russian parliament suggested changing the state’s constitution to remove the inclusive “we the multinational people of Russia” in favor of the exclusive “we the [ethnic] Russian people,” Putin dismissed the idea.

“We must not do that if you and I want to have a strong single nation,” Putin said, according to Hill and Gaddy. “The fact that the [ethnic] Russian people are — without a doubt — the backbone [of Russia] … cannot be questioned.” To divide everyone up, he said, “is a very dangerous path. You and I, all of us, must not do this.”

When met with legitimate accusations of historical and contemporary anti-Semitism, Putin has shifted blame elsewhere, particularly onto Ukraine. And yet, “Whatever his many other sins, even Vladimir Putin’s harshest critics concede that he’s not an anti-Semite,” writes Joshua Keating in Slate.

Asked if anti-Semitism has become less prevalent in recent years, Gorin told JTA, “Sure.” Partly because of Jewish migration from the Soviet Union, (“[there is] nobody to hate,” the rabbi said), but also “partly because of Putin’s positive steps toward the Jewish community.”

Experts report that anti-Semitism in Russia is in decline, and the Russian judiciary has cracked down on it.

“The complete absence of anti-Semitism on the part of Boris Yeltsin has been well-documented, and that seems to be true for Putin as well,” David Rivera, former director of the Harvard Russian Institute of International Affairs, told JTA. “Indeed, Yeltsin probably would not have chosen Putin to be his successor as president had he detected any anti-Semitism on Putin’s part.”

Marvin Kalb, author of Imperial Gamble: Putin, Ukraine, and the New Cold War, suggested that Putin’s courting of Russia’s Jews is the result of cold calculation.

“He reaches out to the Jews of Russia for reasons relating to old-fashioned Slavic anti-Semitism and the new requirements of Russian policy in the Middle East,” Kalb told JTA in an email. “Russian nationalists have long believed that Jews are troublemakers, capable of arousing the public with anti-establishment (anti-Putin) sentiments. Better, if possible, to soothe their unhappiness with mild, agreeable words.

“Russia’s position in the Middle East is now paramount, Putin having achieved what no Tsar could before him,” he continued. “In this new power role, he tries to serve as middleman between Israel and the Arabs — and Iran. It requires balancing interests, and so far he has done very well. Putin is a cold, calculating Russian nationalist, with little love or feeling for anyone who does not share this background and beliefs.

“Historically, Jews have not been part of this world.”

Putin’s calculations have resulted in overtures to Israel. On a visit to Moscow in 2000, Israeli politician and former Soviet dissident Natan Sharansky received a call from the Kremlin inviting him to a private lunch with the president.

Putin “said it wasn’t simple in the KGB being sympathetic to Jews,” Sharansky told the Post. “But he told me how he grew up in [a] communal apartment and there was a Jewish family there which for him were almost like relatives. He liked them very much.”

Sharansky, according to the Washington Post, said “Putin spent much of the lunch expressing ... his sympathy for Israel, his distaste for anti-Semitism and the importance he attaches to Jews in Russia and the Jewish Diaspora.” The Post noted that perhaps like Israel at large, Sharansky “was impressed by Putin’s overture to Diaspora Jews — regardless of the motivation behind it.”

In 2005, Putin visited Israel, meeting not only then-Prime Minister Ariel Sharon but also his high school German teacher who had emigrated there, and reportedly buying her an apartment. In 2012, he invited then-President Shimon Peres to Moscow for the dedication of the Jewish Museum and Center of Tolerance, telling him, “We will never forget the sacrifices made by the Jewish people in the fight against Nazism, and we will never forget the Holocaust.”

A few months earlier, Putin had traveled to Israel for the dedication of the Victory Monument to the Red Army in Netanya. Then, he promised that he “would not let a million Russians live under threat,” referring to Israel’s immigrant population. In Moscow, Putin reminded Peres of the dedication, invoking the “enormous sacrifices for our shared victory over Nazism.”

In referencing a “shared victory,” Putin is willing into existence a historical relationship likely to be welcomed by the Israelis: a timeless and necessary one between Jews and the Russian people, providing survival for both.

Putin and Netanyahu have met in Russia and in Israel, pursuing future “shared victories” and strengthening a fledgling symbiotic relationship. In May, Netanyahu traveled to Moscow, taking part in the once-Soviet, now-Russian Victory Day parade commemorating the defeat of Nazism.

Gorin, for one, believes Putin’s gestures to Jews and Israel are welcome and, like everything else he does, in service of his vision for Russia.

“Is he good for the Jews? For the organized community, without any doubts he is,” the rabbi said. “For the Jews as the private citizens, [he is] good for those who admire him and bad for the Jews in opposition. Same as for the rest of [the] population.”