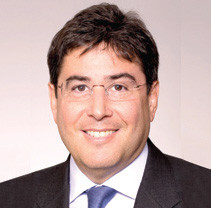 UJA-Federation of New York announced on Monday a new round in emergency funding totaling $2.3 million to address urgent humanitarian needs of people remaining in Ukraine as well as refugees. Since Feb. 24, UJA has made $8.1 million in grants to help Ukrainians.

“As the war in Ukraine enters its fourth week, the level of devastation and displacement is hard to fathom,” said CEO Eric S. Goldstein. “This round of grants focuses on helping to prevent against the exploitation of women and children, and also supports Ukrainians who remain in the country, including frail and elderly Jews and Holocaust survivors.”

The following grants were announced:

United Hatzalah, $500,000. United Hatzalah is among the few EMS organizations in parts of Moldova and is treating tens of thousands of refugees crossing the border.

Afya, $180,000 for a cargo plane to transport humanitarian and medical supplies to Ukraine.

Sephardic Heritage Museum, $180,000 for rabbis in Ukraine to directly help their communities with humanitarian aid and rescue.

Jewish Agency for Israel (JAFI), $140,000 to support the growing number of Ukrainians choosing to make aliyah.

JCC Budapest, $100,000 to support refugees in Hungary with humanitarian aid supplies and counseling.

JCC Krakow, $100,000 to collect and distribute food, medicine, hygienic supplies, toys and clothing for over 2,000 Ukrainians as well as to house Ukrainians.

VOICE, $100,000 to protect women and girls against violence and respond to the unique humanitarian needs of other marginalized populations such as people of color and those identifying as LGBTQ.

JCC in Mykolaiv, $18,000 to support that Jewish community.