The origins of left-wing anti-Zionism are Soviet 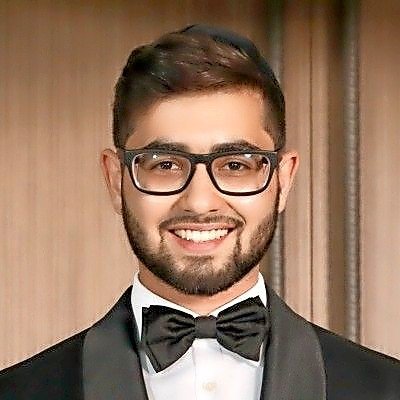 Today’s haters of Israel are heirs to one of the longest and most effective anti-Semitic propaganda campaigns in modern history.”
By Avner Yeshurum, CAMERA Campus Fellow

Kennan Institute scholar Izabella Tabarovsky wrote in a 2019 essay for Fathom that the Soviet Union’s campaign against Zionism and Jews “succeeded at emptying Zionism of its meaning as a national liberation movement of the Jewish people and associating it instead with racism, fascism, Nazism, genocide, imperialism, colonialism, militarism and apartheid.”

Not surprisingly, students on college and university campuses across the United States often hear similar if not identical rhetoric from anti-Zionist groups like Students for Justice in Palestine (SJP), Solidary for Palestinian Human Rights (SPHR) and Jewish Voice for Peace (JVP).

The Soviets’ decades-long anti-Semitic and anti-Zionist campaign was multi-faceted and not limited to statements from the Soviet government itself. Anywhere that Communist cells were active, on any radio broadcast controlled by Moscow, in any printing house receiving instructions from the Kremlin, the demonization of Zionism featured prominently and was always related to specific current events in order to keep the embers of the world’s oldest hatred aglow.

In 1951, for example, leading Czech communist Rudolf Slansky was imprisoned and, under extreme torture, falsely confessed to involvement in a Zionist conspiracy, for which he received the death penalty. In 1952, on the “Night of the Murdered Poets,” Stalin executed 13 pro-Soviet Jewish intellectuals for supposed loyalty to Israel and the “imperialist camp.” These are only two of many examples.

On college campuses today, such twisted anti-Zionist conspiracy theories are manifested in the incessant targeting of Jewish students. In 2019, the SJP chapter at Emory University posted eviction notices on Jewish students’ doors. The notices included statistics on Palestinian homes demolished by Israel, and the group was given permission by the campus residence department to post them.

As in the Soviet campaign, Jews were targeted, not just “Zionists,” which would have been bad enough. Indeed, in February of this year, SJP at the University of Chicago attacked the very idea of Jewish national identity, claiming that it was invented by the Zionist movement.

Dovid Efune, editor-in-chief of the Algemeiner, has said of campus anti-Semitism: “The biggest predictor is the presence of a Students for Justice in Palestine group.”

Another tactic used by Soviet propaganda was to twist the reality of the Holocaust. In 1961, for example, the Soviets openly questioned the validity of the Eichmann trial and claimed that Israel was following in Nazi Germany’s footsteps. As the trial neared, the Soviet press began attacking Eichmann’s defense counsel, called Israel a traitor to the memory of the victims of the Holocaust by working with “Hitler’s heirs” in West Germany and even alleged that Israel and West Germany were conspiring to prevent other Nazis from being brought to justice.

Ironically, Soviet anti-Zionism itself drew extensively from Nazi rhetoric and imagery. Many prominent contributors of propaganda material, such as Trofim Kichko, Yuri Ivanov, Lev Korneev and others unabashedly recycled ideas directly from The Protocols of the Elders of Zion and Mein Kampf. They even blamed the Jews for the extermination of both Jews and non-Jews during World War II.

Today, anti-Zionist groups keep that legacy alive by routinely comparing Zionism to the Nazis. For example, Shahd Abusalama, a professor at Sheffield University in the United Kingdom, found it acceptable for a first-year student to compare an Israeli operation in Gaza to the Holocaust.

One of the Soviet propaganda machine’s greatest victories was the United Nations’ 1975 adoption of the “Zionism is Racism” resolution. Its revocation in 1991 had little effect on the U.N.’s stance on Israel.

Statistics from 2020 are particularly illustrative: Israel was targeted by 17 UN resolutions, while all other countries combined, including regimes like Iran and North Korea, received six. On campus, Israel is frequently attacked in the same language. For example, at a Cornell SJP poetry reading, one participant designated Israel a “racist, exclusivist, supremacist state.”

Throughout their entire anti-Zionist campaign, the official Soviet line was that anti-Zionism was not anti-Semitism.

A 1979 article in the Washington Post noted, “Although the number of anti-Semitic books and denunciations has grown continuously [in the Soviet Union] since the Six-Day War in 1967, recent months have brought remarkable new additions to this genre. Officially, they are labelled ‘anti-Zionist.’ Soviet bureaucrats vehemently reject suggestions that ‘anti-Zionism’ means ‘anti-Semitism.’ To many Soviet Jews, it is a distinction without a difference.”

Today, this is one of the most popular talking points among left-wing anti-Zionists and anti-Semites. Indeed, it is telling that anti-Israel groups have repeatedly attempted to block universities and municipalities from adopting the International Holocaust Remembrance Alliance’s Working Definition of Anti-Semitism, which defines certain kinds of anti-Israel rhetoric as anti-Semitic.

At City University of New York (CUNY), for example, former president of CUNY’s SJP chapter Nerdeen Kiswani tweeted, “#IHRAoutofCUNY we know all too well that this purposeful conflation of anti-Semitism with anti-Zionism is used against Palestinians and organizers for Palestine. We must protect our right to organize and speak out against oppression.”

There is no doubt that today’s left-wing anti-Zionism and anti-Semitism can be directly traced to the Soviets’ anti-Zionist propaganda campaign. Knowing this is the first and perhaps most important step toward creating a more balanced and honest dialogue on the issue.

Avner Yeshurun is a rising senior studying finance at the University of Miami and a 2022 CAMERA on Campus Fellow.