The menorah is permanent, trumpets temporal 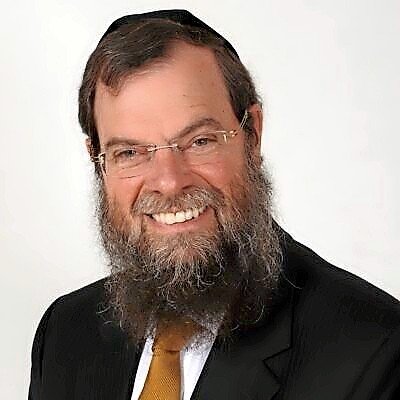 If a trumpet doesn’t work and someone invents a loudspeaker, we put aside the trumpet and embrace the new loudhailer. ”
By Rabbi Yossi Goldman

How do we balance the old with the new, the ancient and venerable with the latest and the greatest? How do we speak to a generation that views tradition as antiquated relics of the past? Is old necessarily old-fashioned? Is dated automatically outdated? Can we, in fact, embrace modernity without compromising our long-established values?

At the beginning of Behaalotecha, we find the instructions to Aaron, the first High Priest, for kindling the menorah in the sanctuary of the Holy Temple. And then we read, “And Aaron did so,” exactly as he was told with no changes, deviations, or embellishments.

Later in the portion, we read the instructions to Moses, Aaron’s brother, to fashion two silver trumpets (chatzotzros) to be used to call the leaders to a meeting, or the people to assembly, or to announce that it was time to break camp. The Talmud tells us that the trumpets were to be made by Moses and they were only for him and not for subsequent generations.

The menorah, a basic staple of the Temple, is a fundamental symbol of our faith. It represents the Gdly light, the Torah, the spiritual enlightenment with which the Temple illuminates the world. Conversely the trumpets were simply tools, a “microphone” to call the people to assemble, to lead them into battle, or to announce special festive days.

The menorah was the message. The trumpets were the medium. One is a basic core value; the other is a means to an end, a method of communication. One is eternal and non-negotiable; the other is guided by pragmatics. If a trumpet doesn’t work and someone invents a loudspeaker, we may well put aside the trumpet and embrace the new loudhailer.

I remember launching our synagogue’s first website some years ago. We soon learned that websites need to be redesigned regularly. The content remained the same, but the presentation and the packaging had to develop and move with the times.

Back in 1976, I founded what was for many years South Africa’s only Jewish radio program, “The Jewish Sound.” A generous gentleman named Issie Kirsh gave us an hour a week on his radio station. It was a station boasting an “international sound,” hosting programs from various communities, so a Jewish program fit in well with his station format.

A few years after we started, Issie made the big time when he founded a new station called Radio 702. It was an instant hit and is still one of our country’s biggest and most popular stations. Not long after its initial success, I noticed that the station changed its format, schedule, and presenters.

I remember asking Issie at the time, “If it’s not broken, why fix it? You are doing so well. Why change things?” His reply was fascinating. “In this business,” he said, “if you don’t change things and shake them up frequently, it becomes tired and stale, and people stop listening.”

And so it is with all media. And the trumpet, too, was a medium, the messenger rather than the message.

Our values are eternal and never changing, but how we communicate those values to the people will change with each generation. Baby boomers, Generation X, Millennials, and Generation Z all have their own mindsets and need a style of communication that resonates with them.

When I train young rabbis, I always call to mind the sign that is traditionally posted above the amud: Da lifnei mi atah omed (Know before whom you stand). It is, obviously, a reminder to the prayer leader to focus on his prayers with intent and concentration.

But I tell the rabbis, that same sign should be there for the rabbi too, not just the prayer leader.

“Know before whom you stand” means “know your audience!” Understand the mentality of the people you are speaking to. If you don’t know your audience, your message will fail because you will not be talking to them in a language or style that they can relate to.

Those of us in positions of community leadership, as well as our educators, may well need to reinvent ourselves, and more than once in our tenure. We will still share the very same subject matter and values, but with new vision.

Pivoting is not only a current Covid necessity. “Adapt or die” has been a byword of business strategists for a long time. While trumpets may be passe, the menorah and its message will never die.