The false comparison of Zionism and colonialism 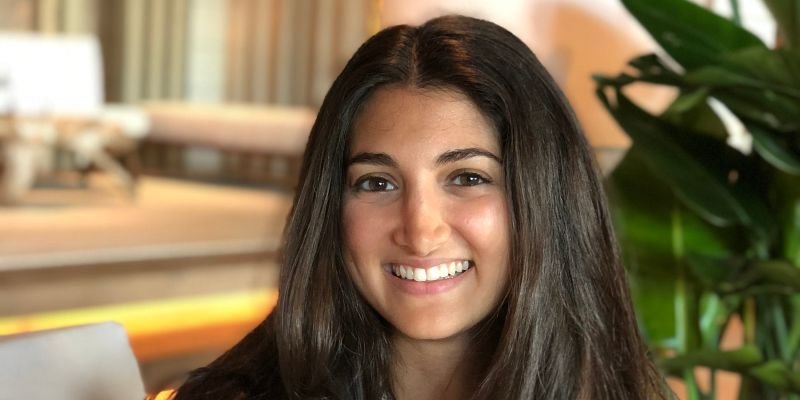 Jews are indigenous to the land of Israel.”
Jordana Schiff

Anti-Zionists, especially BDS activists, have been successful in creating and spreading many false claims, exaggerations and misperceptions about Israel. I have been working with the campus CAMERA team on the launch of a social-media campaign called #ApartheidWeekExposed. Its goal is to shed light on how the actions of those involved in the BDS movement fuel anti-Semitism on college campuses.

At my school, McGill University in Canada, a Jewish student was singled out and forced to either resign from her position on student government or not attend a geopolitical trip to Israel. This is not an isolated occurrence, considering that a main campus paper, The McGill Daily, perpetuates anti-Semitism, constantly delegitimizes Israel and refuses to publish anything that “promotes a Zionist worldview.”

Its articles further a one-sided narrative on the Israeli-Palestinian conflict that marginalizes Jewish students, defining Zionism as “a modern political movement advocating for the colonial establishment of a Jewish state” that “has come to represent a racist attitude and violent practice towards Palestinians.”

In the spirit of CAMERA’s new campaign, let’s unpack the popular claim that Zionism is a “settler-colonial” project.

Oxford Languages defines colonization as “the action or process of settling among and establishing control over the indigenous people of an area” and “the action of appropriating a place or domain for one’s own use.” National Geographic defines colonization “as control by one power over a dependent area or people. It occurs when one nation subjugates another, conquering its population and exploiting it, often while forcing its own language and cultural values upon its people.” It adds that “the concept of colonialism is closely linked to that of imperialism, which is the policy or ethos of using power and influence to control another nation or people that underlies colonialism.”

None of this accurately describes the Zionist movement.

First, it is demeaning to accuse Zionists of establishing “control over an indigenous people” because Jews themselves are indigenous to the land of Israel, and it’s important not to negate this. The Jewish people’s ancestral homeland has always been Israel, and ample historical evidence exists to prove such claims. Furthermore, in exile, the Jewish people constantly prayed (and pray) for the return to Israel and have integrated such sentiments into their holidays.

Additionally, there was no Jewish “conquest” of Palestine. Jews have resided in the land for thousands of years, and when many began returning from in the 19th century from areas where they had been dispersed — many Arabs also arrived to the land from the region as well — they legally purchased property from landlords.

Following the overwhelming Arab rejection of the UN Partition Plan in November 1947, the Arabs started their nationalist war against the Jews. After Israel declared independence in May 1948, five surrounding Arab armies invaded the nascent state; following decades of bloodshed, neighboring Egypt and Jordan entered into peace agreements (in 1979 and 1994, respectively).

The Zionist movement has led to an independent nation-state of the Jewish people in their ancestral homeland they were exiled from Israel more than 3,000 years ago. This is the exact opposite of the definition of colonialism as the domination of one nation over another.

Zionism is strikingly different from colonization in another crucial respect: The motivation of Zionism was (and is) to develop the land and create a thriving society for all of its people, not to control the area with an iron fist and exploit its resources on behalf of a foreign power. As its visionaries imagined, Israel has become a modern nation-state of not only self-determining Jews but a thriving population of many minorities.

The Israeli declaration of independence says Israel “will foster the development of the country for the benefit of all its inhabitants; it will be based on freedom, justice and peace as envisaged by the prophets of Israel; it will ensure complete equality of social and political rights to all its inhabitants irrespective of religion, race or sex; it will guarantee freedom of religion, conscience, language, education and culture; it will safeguard the Holy Places of all religions.”

As a result, many Arabs were absorbed into the State of Israel after its independence and granted citizenship. These Arabs play an active role in Israeli society today —  they vote, own land, serve in the government and some even become members of the Israel Defense Forces.

It is inaccurate and deceitful to claim that Zionism should be delegitimized because it is supposedly a “settler-colonial” project. To attain peace, we must move past propaganda, especially on North American college campuses, and work towards mutual understanding and cooperation.

Jordana Schiff is president of her Israel on campus club at McGill University and is currently completing her CAMERA on Campus fellowship. She is also the co-founder of the student-led Rimon Movement with the goal of reimagining Israel education on college campuses.

Haters push for ‘apartheid’ designation in 2022