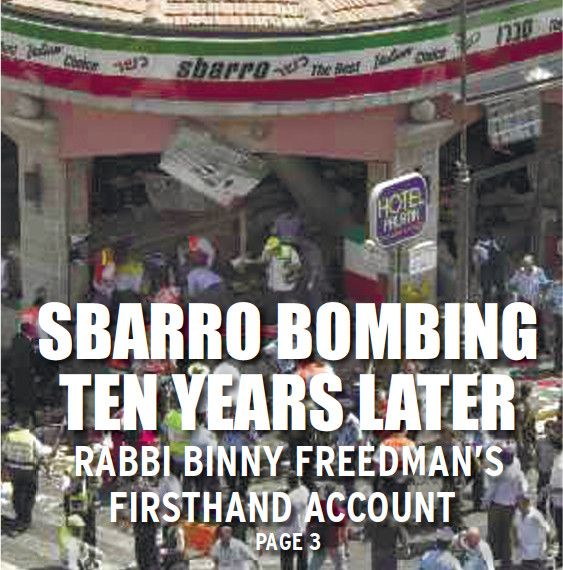 Ten years ago this week, on the 20th of Av (Aug. 9 2001) at 2pm, I was sitting in the back of the Sbarro’s Pizzeria in Jerusalem when a suicide bomber walked in and detonated the bomb belt he was wearing, murdering 15 innocent people and injuring scores of others.

Rav Binny Freedman, Rosh Yeshivat Orayta in Jerusalem’s Old City is a Company Commander in the IDF reserves, and lives in Efrat with his wife Doreet and their four children. His  weekly Internet ‘Parsha Bytes’ can be found at www.orayta.org

Victim of terror in Hebron believed in Israel