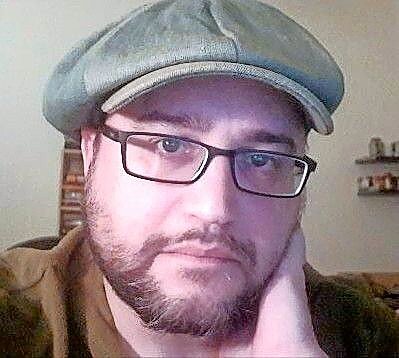 ‘As-a-Jew’ activists who loathe Zionism and Israel are heirs to a dark and destructive legacy.”
By Benjamin Kerstein

Anyone involved in the discourse on Israel and Zionism is aware that the words “as a Jew” often presage something distinctly monstrous, such as ferocious denunciations of Israel, Zionism, “the Israel lobby,” and the pro-Israel American Jewish majority.

It would be a mistake, however, to see anti-Zionist Jews as wholly alien to us. They are, in fact, part of our historical legacy and a phenomenon that has recurred throughout the history of the Diaspora: that of radical Jewish messianism.

Messianism is, of course, fundamental to Jewish belief, and is not by definition a bad thing. At its best, it can be what philosopher Eric Hoffer called “a miraculous instrument for raising societies and nations from the dead — an instrument of resurrection.” Indeed, even secular Zionists are Messianists to one degree or another. In its radical form, however, Jewish messianism has remarkable destructive potential.

Radical messianism, generally speaking, has followed a consistent pattern over the centuries, and usually occurs in four stages. The formulation that follows is my own, but it stands on the formidable shoulders of the great scholar of the Kabbalah Gershom Scholem, particularly his book “The Messianic Idea in Judaism.”

Antinomianism: After declaring the arrival or imminent arrival of the messianic age, the Messianists assert that Jewish tradition and law have been superseded, transformed or completely vitiated, and often engage in behavior that directly challenges Jewish norms. The most famous example is the 17th century movement surrounding the false messiah Sabbatai Zevi.

Spiritualization: As part of this rejection of the law, Messianists “spiritualize” it. The rabbinic tradition is rejected as too much of this world to wield practical authority in the next, and is declared to be, at best, an expression of spiritual truths. Practice, in effect, becomes faith.

Heresy: Antinomianism and spiritualization inevitably lead to outright heresy. For example, the person of the messianic claimant is often declared Divine, contrary to Jewish prohibitions on idolatry. The ultimate result is usually a complete break from Judaism itself through conversion or even the founding of a separate religion — the most obvious example being Christianity.

Retaliation: Having split from Judaism, the now independent Messianists turn on it, denounce and demonize their former brethren and often incite or commit acts of considerable violence. The long history of Christian anti-Semitism is the best-known example, but cults like the 18th century Frankists — who aided in a blood libel case after abandoning Judaism en masse — have also followed this pattern.

In the case of the anti-Zionist Jews, we are seeing this process repeat itself. First, the anti-Zionist Jews are proudly antinomian (defined in Wikipedia as “any view which rejects laws or legalism and argues against moral, religious or social norms, or is at least considered to do so. The term has both religious and secular meanings).

They reject, in whole or in part, the moral consensus of the Jewish people — which is, whether the anti-Zionist Jews like it or not, profoundly Zionist. Indeed, if it were not, the anti-Zionist Jews would have no reason to exist, given that they base their entire identity on violating that particular norm.

Out of their antinomianism, they are creating something like a heretical faith. Being an anti-Zionist Jew is taking on a systemic form that defines personal and spiritual identity much as formal religion does. In effect, the anti-Zionist Jews undergo a conversion, though in a distinctly secular age, formal conversion is no longer necessary. Political submission is all that is required.

If anything defines the anti-Zionist Jews, it is their remarkably hateful and poisonous rhetoric. To them, the Jewish people are a force for pure evil. As a result, they accuse us of all possible sins: racism, genocide, settler-colonialism, political and financial corruption and undue influence, control of the media and the public discourse and so on.

Moreover, the intention behind their discursive venom is obvious: not just to defame the Jews, but to break them. This is, in fact, the ultimate essence of their ideology. They know that they cannot break Israel without also breaking the Jews, and this, they hope, will be their ultimate vengeance.

In quite another context, Scholem wrote: “Whether or not Jewish history will be able to endure this entry into the concrete realm without perishing in the crisis of the Messianic claim which has virtually been conjured up — that is the question which out of his great and dangerous past the Jew of this age poses to his present and to his future.”

In an age in which, to some degree, Jewish redemption and Jewish destiny have been realized in Zionism and the State of Israel, we must also ask this question. But if anything is certain, it is that — even though they are part of a long and often dark tradition that is nonetheless ours — the anti-Zionist Jews have already perished in the crisis of the messianic claim.

It is incumbent upon the rest of us, who have made the choice to stand firm in our sense of redemption and destiny, to see that we endure it and them.