Our highest obligation: Strive to be a ‘mench’ 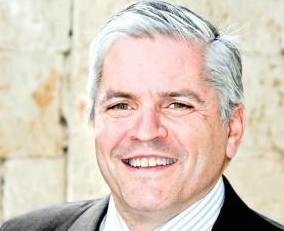 Teshuvah begins with our determination to make ourselves into better human beings.”
By Rabbi Binny Freedman

I remember the first Mishnah I ever learned, and it wasn’t in a classroom.

The synagogue we attended when I was five years old had a strict decorum, and I recall the challenges this presented to my parents; vague images of my red-faced and embarrassed father carrying me out of synagogue kicking and screaming come to mind.

I had succeeded in escaping from the seat next to my father and ran up to the front of the synagogue. Rabbi Dr. Simon Greenberg, who was a talmid chacham, had an honored place in the front row, and I can still remember his piercing eyes and warm smile. He had the largest hands I had ever seen, and somehow, he succeeded in getting hold of me (I was not easy to catch) and hoisting me up to sit on his lap.

I remember the sefer he was holding, and his query as to whether I knew what it was. And I even remember the text of the Mishnah, which he proceeded to teach me in its entirety. Most people, catching hold of a rambunctious five-year-old shouting and yelling in synagogue, usually head for either their parents or the door. But he chose instead to teach me the entire first Mishnah of the Talmud in its entirety, right there on his knees.

Most of all, I still remember how important I felt as a five year old, to be sitting on this great rabbi’s lap, all the way in the front of the synagogue with, so it seemed to me, nothing more important to him than our conversation. Looking back, those few moments must have had a strong impact on me, as I still remember not only the text he taught me, but the entire conversation as well.

Mentsch is a hard word to translate. It refers not to a person’s wisdom, or brilliance, but to the pure human decency such wisdom is meant to produce. It would be safe to say that my path to teaching began not from some brilliant insight full of wisdom but rather from a simple moment filled with a Torah scholar’s willingness to spend time on a text even with a noisy five year old boy.

We are in the midst of preparing for Yamim Noraim, the Days of Awe. On Yom Kippur we will beat our breast and cry out our regrets over the missed opportunities and mistakes of the last year. Most people spend time considering the actions we regret, but very little focus on whether our character needs refining, as well. What of the less measurable challenge of being, generally, a fine human being? Is there a mitzvah to be a mentsch?

At the beginning of this week’s portion, Ki Tavoh, we read: “Ye’kimchah’ Hashem Lo’ le’am kadosh, … ki’ tishmor et mitzvoth Hashem Elokechah’ ve’halachta’ be’Deracahav (Hashem will raise you to Him as a holy nation … when (because) you will fulfill the mitzvoth of Hashem your G-d, and walk in His ways)” (Devarim 28:9).

All of the blessings we hope to receive as a people seem to be based on this clause, “Ve’Halachta’ Be’Deracahav (and walk in His ways).” But what does this mean?

Maimonides lists this particular phrase as a separate mitzvah, in his Sefer HaMitzvoth (Positive Commandment 8), implying that there is a specific mitzvah we are expected to fulfill. Maimonides actually spells this out in his Hilchot Deot, the laws of character development. In his magnum opus, the Mishneh Torah, where the Rambam delineates and organizes the entirety of Jewish law, the second set of laws, right at the beginning of the first of his 14 books, concern the Jewish recipe for becoming a mentsch.

Second only to the laws of the foundations of Torah (Hilchot Yesodei HaTorah, the basic principles of faith in Judaism), Maimonides believed Judaism begins with the challenge of becoming a mentsch.

And the basis for his insistence that adherence to a Torah lifestyle begins with the obligation to become a good person is our verse, “Ve’Halachta’ Be’Deracahav.”

In other words, it is not just commendable when a person becomes a mentsch, it is an obligation, without which we are not fulfilling one of the basic ingredients of Judaism

A closer look at Maimonides’ Hilchot Deot reveals that a person who is too angry or too stingy, too greedy or too lazy, is transgressing (or at least not fulfilling) one of Judaism’s basic mitzvoth. In fact, the context in which this mitzvah appears here in the Torah, suggests that it is a far more important mitzvah to develop one’s character than putting on tefillin, or even refraining from eating pork!

Indeed, the Rambam points out that not only are we obligated to refine our character, but also indeed we have to do teshuvah for our lacking in these areas. The teshuvah process we seek to achieve in the days leading up to Rosh Hashanah is not just about our mistaken actions, but our incomplete character traits as well (Hilchot Teshuvah or Laws of Repentance 7:3). We have to repent, says the Rambam, for every moment of anger, jealousy, hatred, greed, arrogance and pride.

In fact, this is the true meaning of the verse in Isaiah read on the afternoon of community fast days: “Ya’azov rasha darko, ve’ish aven machshevotav (Let the wicked leave his path, and the man of iniquity his thoughts)” (Yishayahu 55:7).

Preparations for Rosh Hashanah and Yom Kippur begin with our determination to make ourselves into better human beings.

Rav Kook (in his Arpelei Tohar) suggests that all of a person’s problems and all the baggage we carry in life, stem from one’s relationship with Hashem. If my relationship with and perception of G-d is skewered, then I will be skewered as well.

If my G-d is an angry G-d, then on a certain level, I will be an angry person, and if my G-d is only a G-d of judgment, then I will be a person filled with judgment. But even more, if I cannot see the piece of G-d inside every human being, beginning with myself, then I have an incomplete and skewered perception of G-d.

A version of this column appeared in 2020.

Will we be ready when it’s time for us to go?