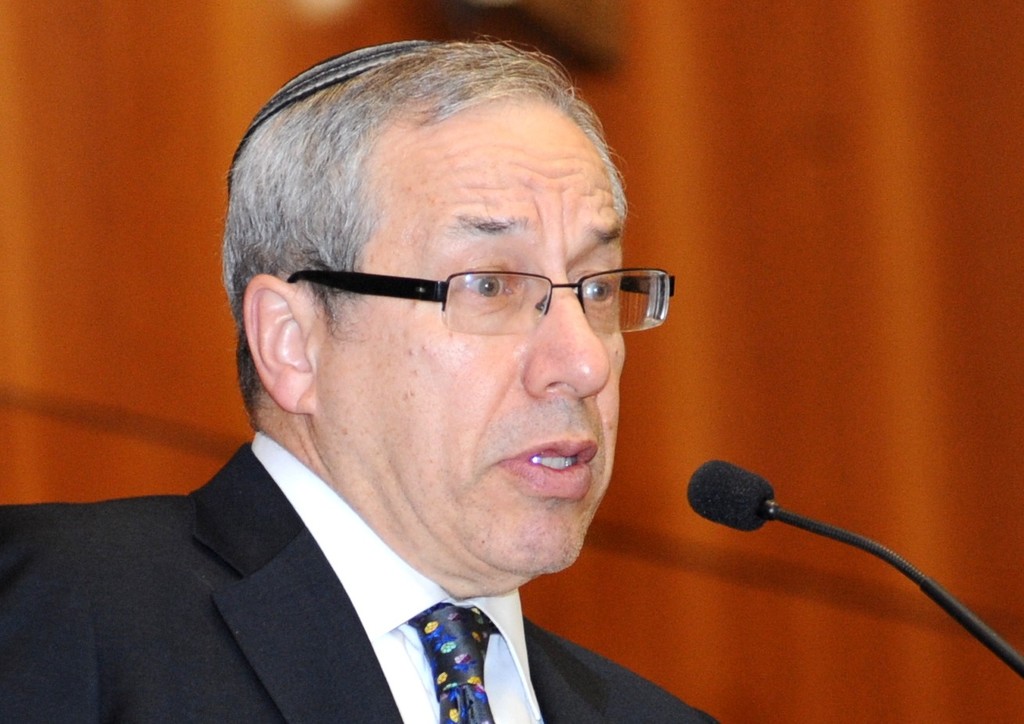 Rabbi Hershel Billet of the YI of Woodmere.
The Jewish Star

More than 20 Young Israel shuls — including at least six in Nassau and Queens — want no part of the National Council of Young Israel’s support of Israeli Prime Minister Benjamin Netanyahu’s political deal with Otzma Yehudit, an extremist party inspired by the late Rabbi Meir Kahane.

“In recognition of the current, highly divisive political environment in the United States, Israel, and beyond, we ... call upon NCYI leadership to immediately cease making all political pronouncements,” the shuls said Friday.

They went on to say that “all past statements issued by NCYI leadership about political matters — including but not limited to its recent statement about Otzma Yehudit and the Israeli political process — do not represent the diverse views within our individual synagogue communities.”

Rabbi Heshie Billet, of the Young Israel of Woodmere, says shuls should at the very least have a chance to read and respond to statements before they go out.

Rabbi Barry Kornblau of the Young Israel of Hollis Hills-Windsor Park in Queens, called the Otzma Yehudit statement “the final hammer blow, the straw that broke the camel’s back.”

“There’s been long-simmering discontent among numerous Young Israel congregations, Young Israel leaders, Young Israel rabbis, regarding a whole variety of public policy statements that have been issued by the leadership of NCYI,” said Rabbi Kornblau, one of the public statement’s co-authors. “Local rabbis and lay leaders do not want to be addressing such controversies in their communities.”

Rabbi Kenneth Auman and President Norman Rosenblum of the YI of Flatubsh were among other Young Israel leaders in the New York area signing on to the protest.

Also on Friday, 38 religious Zionist American rabbis signed a statement condemning the merger of Otzma Yehudit with the more moderate Jewish Home. Netanyahu had helped broker the deal in a bid to boost right-wing partners ahead of April elections.

“This violent, racist party has no place in the Religious Zionist movement,” the rabbis’ petition, organized by clergy at Congregation Kehilath Jeshurun, the Upper East Side shul affiliated with the Ramaz School, read.

Days earlier, a prominent scholar of the Holocaust, Deborah Lipstadt, quit her Young Israel synagogue in Atlanta in protest of the NCYI’s support for Netanyahu.

The National Council of Young Israel had defended Netanyahu’s orchestration of the merger. While many major American Jewish groups condemned the merger as normalizing bigotry, NCYI, joined by the ZOA, called it a matter of political calculus necessary to win the upcoming election.

Following the backlash, the president of the National Council of Young Israel clarified that the statement does not necessarily speak for individual synagogues.

Here is the full text of the statement by the dissident Young Israel shuls:

“The leadership of the National Council of Young Israel (NCYI), an umbrella organization of synagogue communities, regularly issues public statements about a variety of political matters.

“In recognition of the current, highly divisive political environment in the United States, Israel, and beyond, the undersigned rabbinic and lay leadership of individual Young Israel synagogue communities, call upon NCYI leadership to immediately cease making all political pronouncements.

“Finally, we recognize that future extraordinary circumstances may arise such that NCYI leadership may wish to issue a public statement addressing a political matter on behalf of all YI synagogue communities. We therefore call upon NCYI leadership to develop and publicize a transparent process for soliciting input from all individual NCYI synagogues in order to ensure that such a statement will properly reflect their diverse views.”