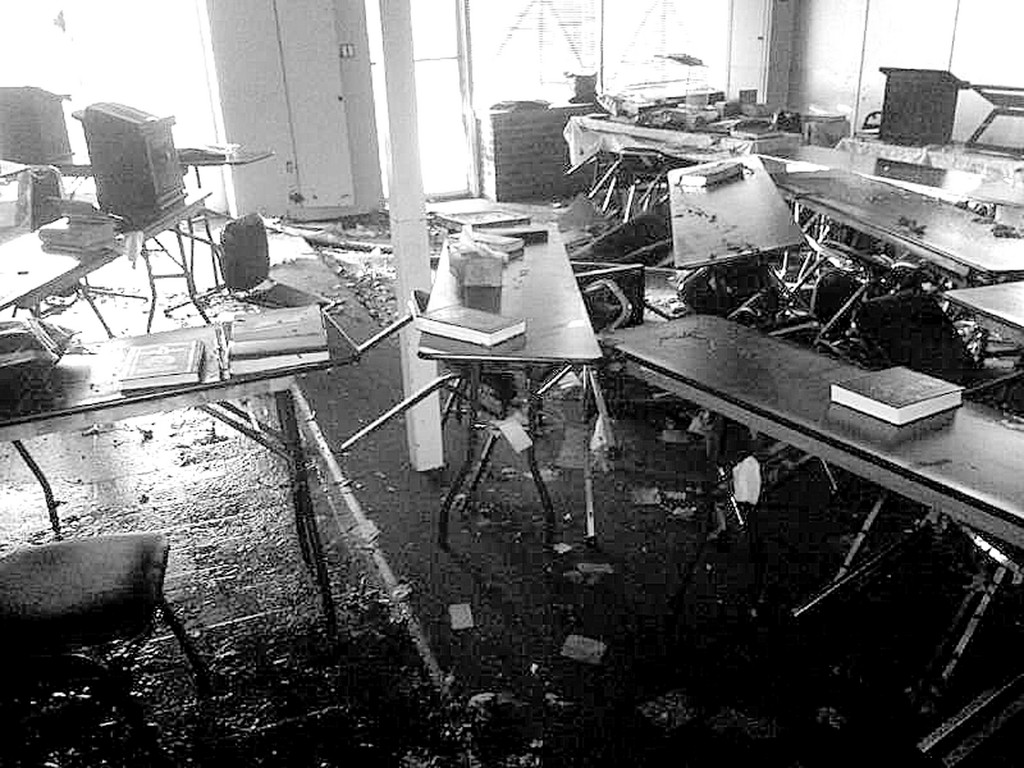 Storm ravaged shul will soon be the recipient of a new Torah from Kansas.
Photo courtesy of Ahavas Yisroel
By Malka Eisenberg

A Kansas City synagogue is donating a Sefer Torah to a Cedarhurst synagogue that was devastated by Hurricane Sandy.

Kehilath Israel Synagogue, an Orthodox shul in Overland Park in Kansas City, Kansas, will be donating one of their 15 Sifrei Torah (Torah scrolls) to Congregation Ahavas Yisroel in Cedarhurst.

Ahavas Yisroel, located at the corner of Peninsula and Branch Boulevard, was in a “heavily flooded area,” said Abel Feldhamer, a board member of the shul. He said that “three feet of water” from the storm damaged the structure, the walls, seforim (books) on the lower shelves of the bookcases, the kitchen and furniture, as well as the shul’s four Sifrei Torah. They were in a safe that was not watertight. “They have to be fixed, they need a lot of work,” said Rabbi Yissachar Blinder, the rav of Ahavas Yisrael. “They were loaned from people in the community. We didn’t think the water would get that high either.”

“The shul has been mostly restored over the last few weeks,” said Feldhamer, funded by “contributions from in and out of the community. We are still seeking contributions to cover the costs of the restoration.”

“The shul was totally destroyed,” said Rabbi Blinder. “Boruch Hashem the guys took the initiative and got it done. It’s nicer than it was before.” He said that when he saw the destruction, “I started crying; it was scary. It looked like a pogrom with water. It was very sad.”

He mentioned a member of the shul, Mendy Reich who contacted Jef Leb, NYS Political Director of the Orthodox Union, who in turn made the shidduch between the Kansas City Shul and Kehilas Ahavas Yisroel regarding the Torah donation. “It’s a present to the shul that we can keep. It’s a silver lining; they are very kind. It shows that yidden care about each other, that a shul in Kansas City can reach out to the Five Towns. It’s a larger picture of Am Yisrael, that we take care of each other. It’s very meaningful, very moving.”

The Torah dedication will take place in Ahavas Yisrael, Tuesday night, at 8 p.m. For more information and to donate, go to: congahavasyisrael@gmail.com.