In Germany, the rabbis are back 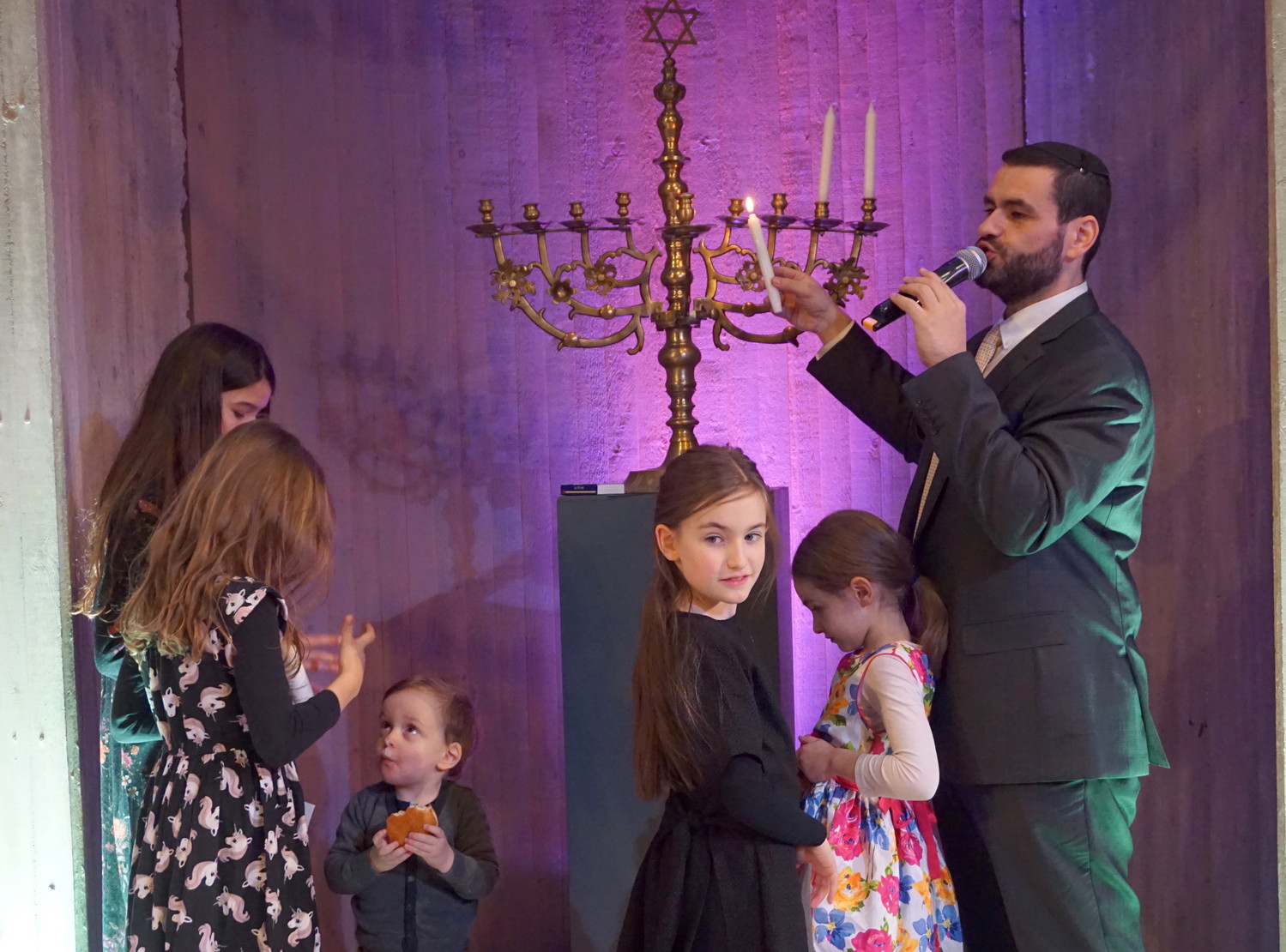 Rabbi Zsolt Balla, who attended the seminar, celebrates Chanukah with his community in Leipzig, Germany.
Courtesy of Balla 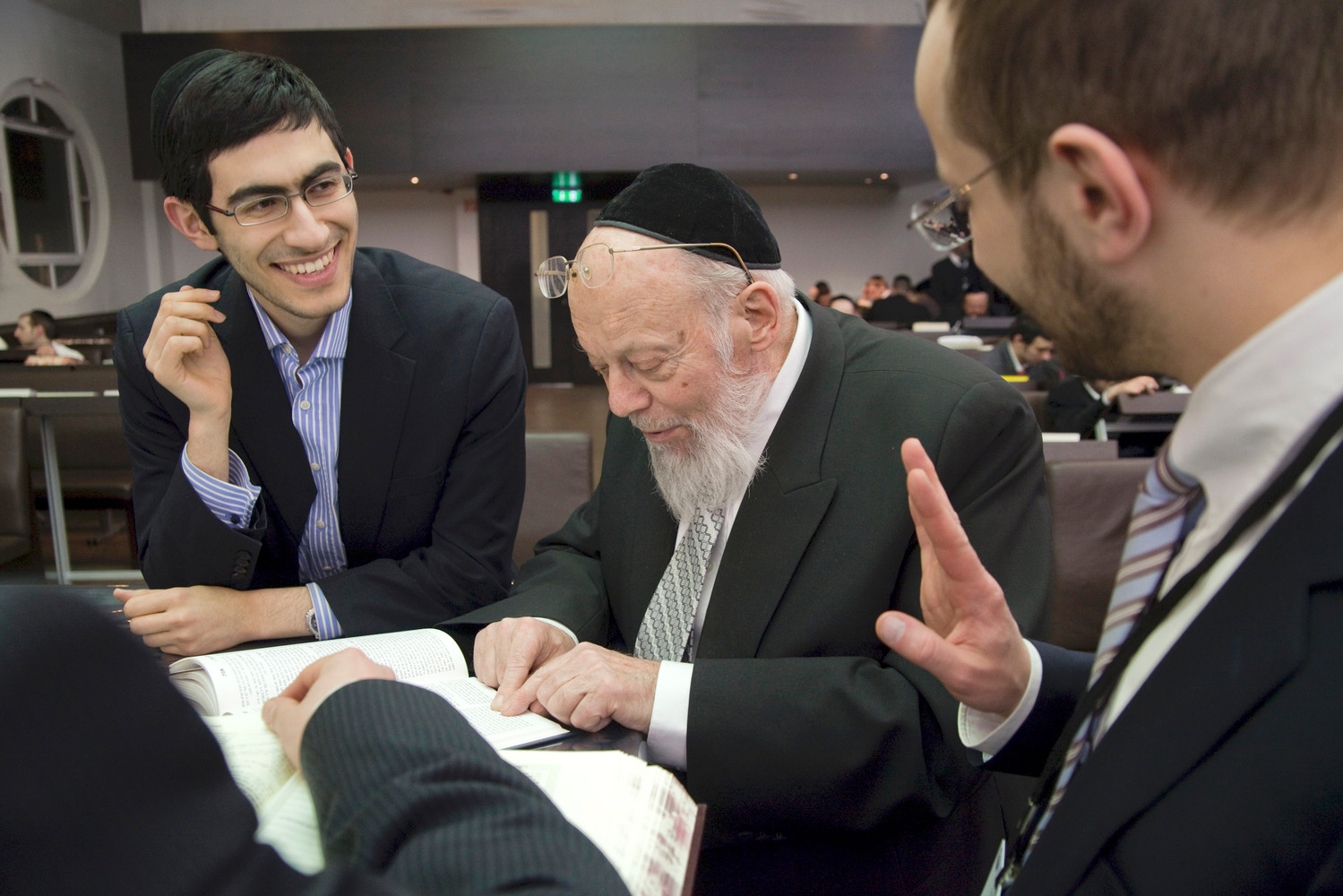 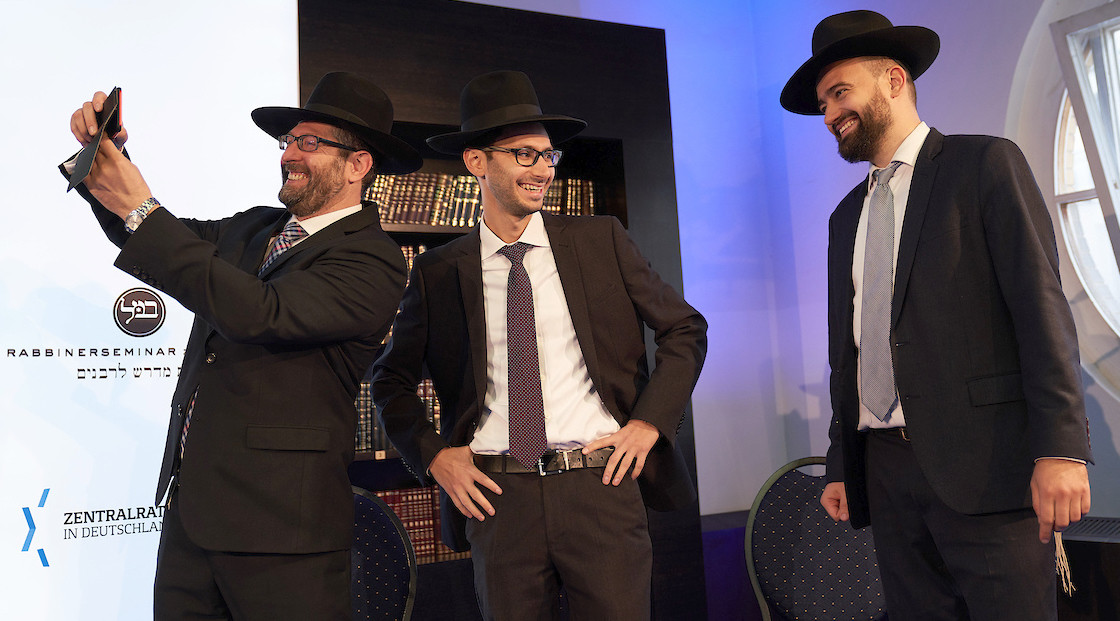 The Rabbinerseminar zu Berlin, the only Orthodox rabbinical seminary in Germany, held its 10th anniversary ordination ceremony in Berlin in October. The school’s predecessor was shuttered by the Nazis in 1938.
Gregor Zielke
Previous Next
By Ben Harris for the Ronald S. Lauder Foundation

Though he was just 6 years old on the night of Kristallnacht, Rabbi Chanoch Ehrentreu can still recall the horror: Torah scrolls burning in the courtyard of his father’s synagogue. His father taken by the Gestapo to the concentration camp at Dachau.

The grandson of a prominent Munich rabbi with whom he shares his name, Ehrentreu fled his native Germany for England on the Kindertransport and rose to become a prominent rabbi in his own right and, eventually, the head of London’s rabbinical court.

Some eight decades later, in 2009, he was back in Germany, standing in his grandfather’s rebuilt synagogue for the ordination of the first graduates of the Rabbinerseminar zu Berlin, the only Orthodox rabbinical seminary in the country — and the successor to a famous rabbinical school shuttered by Nazis in 1938.

In remarks broadcast live on German television, Ehrentreu noted the symbolism of signing his name — and his grandfather’s — on the ordination certificates.

The rebirth of Jewish life in Germany after the Holocaust is fraught with symbolism. The Rabbinerseminar itself, founded in 2009 with the help of the Ronald S. Lauder Foundation, is the successor to the legendary Hildesheimer rabbinical seminary, which operated from 1873 until its 1938 closure by the Nazis.

Since the school’s reestablishment, with Ehrentreu presiding, it has trained 16 Orthodox rabbis. They now serve communities across Germany, most of them populated by immigrants from the former Soviet Union who moved there after the fall of communism.

The program features a unique course of study that supplements traditional training in Talmud and Jewish law with a mandatory certificate program in social work at the University of Erfurt. The seminary also runs a cantorial program in Leipzig for aspiring prayer leaders, and a preparatory program and support network for the wives of students and alumni.

The rabbinical seminary is relatively small — only nine students are currently enrolled, and just one or two are ordained each year — but its impact is difficult to overstate.

Prior to its establishment, most of the Orthodox rabbis in Germany were born and educated in Israel, creating challenges in serving communities that are overwhelmingly Russian-speaking. By contrast, nearly all the Rabbinerseminar’s 16 graduates are native Russian speakers, and many grew up in Germany.

“If you ask the average American Jew, would you like a rabbi with poor English language skills, minimal cultural references and little understanding of local politics, the answer would presumably be negative,” said Rabbi Josh Spinner, the executive vice president and CEO of the Lauder Foundation. “This is why the Rabbinerseminar matters, because imported rabbis are not the answer.”

The capacity to relate to the local population is crucial in a part of the world where building Jewish life presents unique challenges. Most of Germany’s Jews had little to no exposure to Judaism in their early years, and some didn’t even know they were Jewish until their teens.

When Rabbi Avraham Radbil first arrived in the northwestern city of Osnabrück, many of the young Jewish men there had never been circumcised. That presented obstacles to their full integration into the Jewish community — especially their ability to marry in a traditional Orthodox ceremony.

Michael Grunberg, the longtime head of the Osnabrück Jewish community, said the Rabbinerseminar-trained Radbil was well suited to address this problem, because he himself had undergone a circumcision as a teenager.

“He knows how difficult it is,” Grunberg said. “It makes it easier. His history is the same.”

Benjamin Kochan, a 2015 ordainee who was born in Magadan, Russia, and came to Germany at 15, now serves as one of three rabbis in Dusseldorf. He focuses on education. Kochan’s ability to teach in both German and Russian is a critical asset in a community where 70 percent of the population are Russian speakers.

He says it’s challenging leading a community in which virtually no families are religious.

“I understood that we had to be able to build a connection to people independently, even if you don’t have the same values,” Kochan said. “You just have a person in front of you, and this person is very interesting — his life, his story. And this story can be something which connects you to this person.”

The Berlin seminary evolved from work the Lauder Foundation has undertaken in Central and Eastern Europe since the fall of the Soviet Union. It has devoted tens of millions of dollars to building and sustaining Jewish life in places formerly under communist rule, supporting Jewish schools, outreach, summer camps and kindergartens across the region.

“When I arrived in Vienna in 1986, I was faced with anti-Semitism for the first time in my life, and it was at that very moment that I decided I was going to dedicate the rest of my life to preserving and rebuilding the Jewish communities of Central and Eastern Europe,” said Ronald Lauder. “An essential ingredient to preserving and growing Jewish communities in Central and Eastern Europe is having leaders and rabbis who come from and understand the needs of the local communities, and it humbles me to see the impact that rabbis trained at the Rabbinerseminar are having on the communities they are leading.”

In 2006, the Central Council of Jews in Germany, recognizing the need for locally trained rabbis, approached the foundation about establishing a rabbinical school. Rabbi Pinchas Goldschmidt, the president of the Conference of European Rabbis and the grandson of an alumnus of the original Hildesheimer seminary, seeded the idea of re-establishing the institution shuttered by the Nazis.

The school graduated its first two rabbis in 2009. One, Zsolt Balla, is a product of the Lauder educational pipeline, having attended a Lauder school in his native Budapest before moving to Berlin to study in a Lauder yeshiva. Today he is the rabbi of Leipzig, where he leads a community that is 98 percent Russian-born.

While not Russian himself, Balla was raised in Hungary and understands the sense of dislocation many of his generation experienced growing up amid the ruins of communism.