I’m glad to be raising my kids in Israel 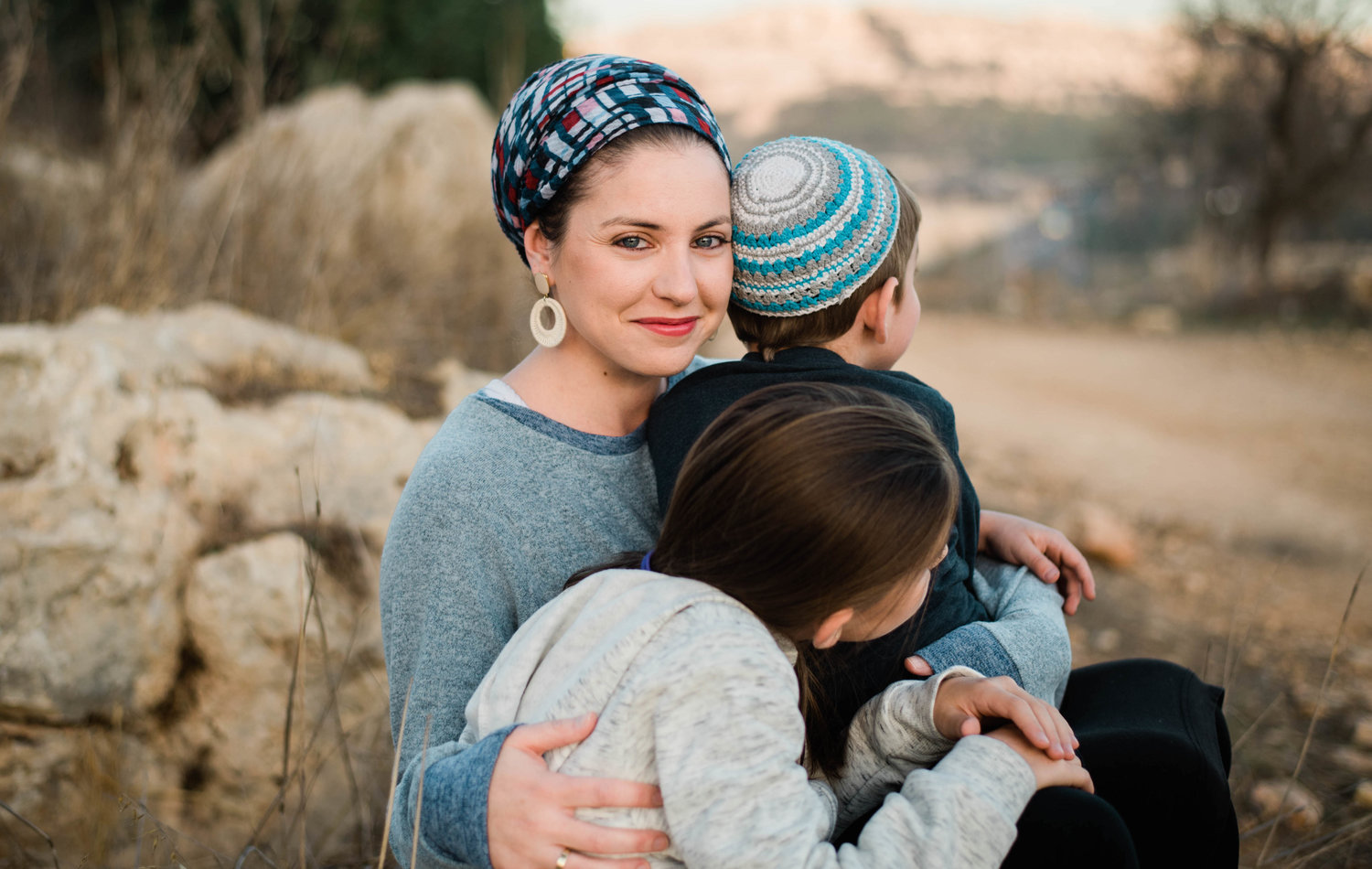 From Israel with love: Shira Lankin Sheps and her children.

This is their birthright, and there is no place like home.”
By Shira Lankin Sheps

Back when I lived in America, I wouldn’t have called myself a helicopter parent. I would have said that I was vigilant. I would have told you that my husband and I were “boundaried” as parents, cautious about what we’d let our two kids do. We limited sugar and screen time. We admonished our kids to “Be careful!” — probably too often.

Then we moved to Israel a year ago and everything changed.

Since moving, I’ve come to realize that our old parenting style came with a lot of anxiety. We felt like we needed to shelter our kids as long as we could from the realities of the world. But in Israel, a place where even children are exposed to the harsh realities of war, terrorism, violence and hatred, the kids somehow have a greater sense of freedom, responsibility and independence. So I let go a little.

The first time I let my 9-year-old daughter walk to shul alone, we had my uncles visiting for Shabbat and they needed someone to guide them. My daughter escorted them to shul and then walked back on her own, for the first time — red-faced from the heat but wild-eyed and excited by her newfound independence. Now she walks places by herself not just on Shabbat, but all the time. She loves that she gets to explore our beautiful neighborhood independently, and that my husband and I trust that she is responsible enough to use good judgment and be safe.

With my son, I started saying yes more often. He is 6 and the kind of little boy who loves nature. When we first arrived at our new home on the edge of a forest, he immediately felt drawn to the woods, intoxicated by the potential for exploration and discovery. So we let him climb trees, clamber over boulders and observe the little animals he found. Being in Israel, I wanted him to feel drawn to the land, connected to and immersed in its ancient holiness. That desire triumphed any motherly anxiety I was holding onto.

Now he’s thriving in the outdoors in a way that was impossible in the suburban apartment complex in which we lived in New Jersey. Meanwhile, I have learned the Hebrew names for all different kinds of snails, which is vital to parenting my 6-year old.

One of the most incredible transformations I’ve seen in my children is their ability to quickly transition to speaking Hebrew. While I still struggle sometimes at the supermarket, my kids are fully immersed with Hebrew-speaking peers and teachers, and have adapted so rapidly it’s hard for me to believe. When they play, they immediately switch to Hebrew — the language of the playground.

My son is learning to read — in Hebrew before English. My daughter is learning math in Hebrew, which means neither of us can figure out what the other one is talking about when we try to do her homework together.

I received a Jewish education through college and my Hebrew is conversational at best, and peppered with way too many biblical terms that aren’t actually used in modern Hebrew. When I pick up a Jewish text to study, I need the help of a dictionary. Nefesh B’Nefesh helped us move and start our new life here, but I still can’t even contemplate trying to read a Hebrew newspaper.

My kids will have none of those issues. When they grow up, they won’t need translation to help them understand the prayer book liturgy. The language and texts of our ancestors will be accessible in a way they never will be for me. For them, Hebrew won’t just be the language of our ancestors and our tradition but of their daily life. That is the greatest gift.

I always will be an American living in Israel, despite my best efforts. But my children will grow up to be Israelis. Their pop-culture references, their slang, their politics — it all will be Israeli. They will have English from home that will help them navigate the world, but Hebrew will root them to this land and its people.

My children are fourth-generation descendants of Holocaust survivors. My great-grandparents never could have imagined that my children would be living the dreams of their ancestors in the Jewish state. This is their birthright, and there is no place like home.