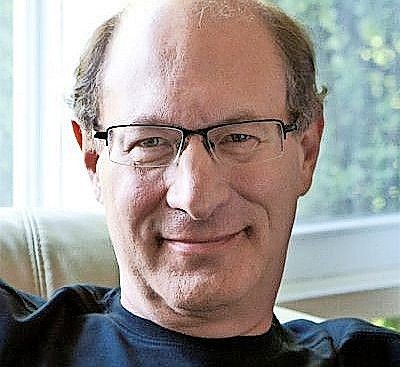 Science-oriented faculty keep politics out of their classrooms and interact with their Israeli peers.”
By Mitchell Bard

One of the reasons that descriptions of college and university campuses as universally antisemitic or hostile to Israel are so inaccurate is that they ignore the overwhelming majority of both students and faculty.

The problems emanate mostly from certain fields in the social sciences and the humanities, which comprise a shrinking component of most universities. Focusing on hostile faculty in areas like gender studies, Middle East studies and anthropology ignores the roughly 40 percent of faculty in the science, technology, engineering and mathematics (STEM) fields. STEM faculty are usually either apolitical or apt to be more sympathetic to Israel and less hostile towards Jews.

As I’ve noted before, BDS resolutions are typically passed by a handful of people serving in student governments. These people have no business making foreign policy pronouncements on behalf of thousands of their peers who elected them to address student concerns like tuition, campus safety and wages for student workers. For example, one of the most recent resolutions (at Case Western) was adopted by 31 students out of a student body of more than 5,000.

Similarly, social sciences and humanities faculty who advocate boycotts of Israel do not speak for the hundreds, often thousands, of professors on their campuses. Because the majority remains silent, only the loudest voices are heard, creating the image that all campuses are anti-Israel and antisemitic.

One quantitative indication of the problem was published by Tammi Rossman-Benjamin, who surveyed 938 faculty members at 316 institutions and found that 86 percent of those who support boycotting Israel were in the humanities and social sciences, compared to 7 percent in engineering and the natural sciences. The departments with the largest number of boycotters were English or literature (21 percent), followed by ethnic studies (10 percent), history (7 percent), gender studies (7 percent), anthropology (6 percent), sociology (5 percent), linguistics or languages (5 percent), politics (4 percent), American studies (3 percent) and Middle Eastern or Near East studies (3 percent).

Scientists focus on demonstrable facts rather than politics. They start with a hypothesis, test it and reach conclusions based on the evidence. In non-scientific fields, faculty too often start with a conclusion and then look for evidence to support preconceived notions based on their personal political agenda.

Philosopher John Stuart Mill argued that, for a person to be educated, they had to reach a conclusion (synthesis) based on looking at both sides of an issue (thesis and antithesis). For many non-scientists, there is no antithesis—the thesis and synthesis are the same. When it comes to Israel, this means they ignore facts that don’t fit their narrative.

Faculty outside the sciences are historically liberal. The dominant ethos is to blame society’s ills in capitalism, systemic racism, patriarchy and colonialism. Rossman-Benjamin observed that scholars outside STEM subjects divide the world into the oppressed and their oppressors, requiring only “a short ideological leap to seeing the Palestinian-Israeli conflict in the same binary terms, casting the Palestinians as the oppressed and the Israelis as the oppressors.”

It’s no wonder that I was criticized for bringing Israeli faculty to American universities so they could teach about Israel through a variety of prisms, when the only acceptable one is the specious “settler-colonial” paradigm.

According to Cary Nelson, a former president of the American Association of University Professors (AAUP), “When scholars sharing a particular political agenda-driven mission so dominate a field that the agenda alone determines scholarly merit, the field functions as if it has been captured. The line between advancement of knowledge and promotion of political conviction has in some arenas been largely obliterated. Any disciplinary pretense to objectivity then disappears.”

Nelson quotes the AAUP view that a “commitment to the virtues of reason, fairness and accuracy” form the “framework of accepted professional norms that distinguish research that contributes to knowledge from research that does not.” As British sociologist David Hirsh once asked rhetorically, “If sociology is incapable of recognizing antisemitic conspiracy as being outside of its own boundaries, then what does that tell us about the state of sociology today?” The same question can be asked of other fields in the social sciences and humanities.

However, while their colleagues are advocating boycotts, scientists seek out their Israeli counterparts because they are among the most talented in the world. Since 1972, the US-Israel Binational Science Foundation (BSF) has supported scientists from more than 400 US institutions located in 46 states, Puerto Rico and the District of Columbia. Their more than 5,000 collaborative projects have led to scientific, medical and technological breakthroughs.

Thus, the situation on campus must be seen more holistically and less hysterically. The problems created for Jewish students by faculty are real. A small but vocal segment of the faculty that eschews the scientific method has politicized various fields of study.

STEM faculty are not completely immune to the pull of antisemites and other critics of Israel, but coming from the world of fact-based analysis, they typically keep politics out of their classrooms and see the merits of interacting with their Israeli peers.

STEM faculty will do a great service to their campuses if they use their clout to speak out against academic malpractice committed by their colleagues, condemn BDS and create an atmosphere in which antisemitism is no longer tolerated.

Not enough fear at ‘no fear’ rally in Washington