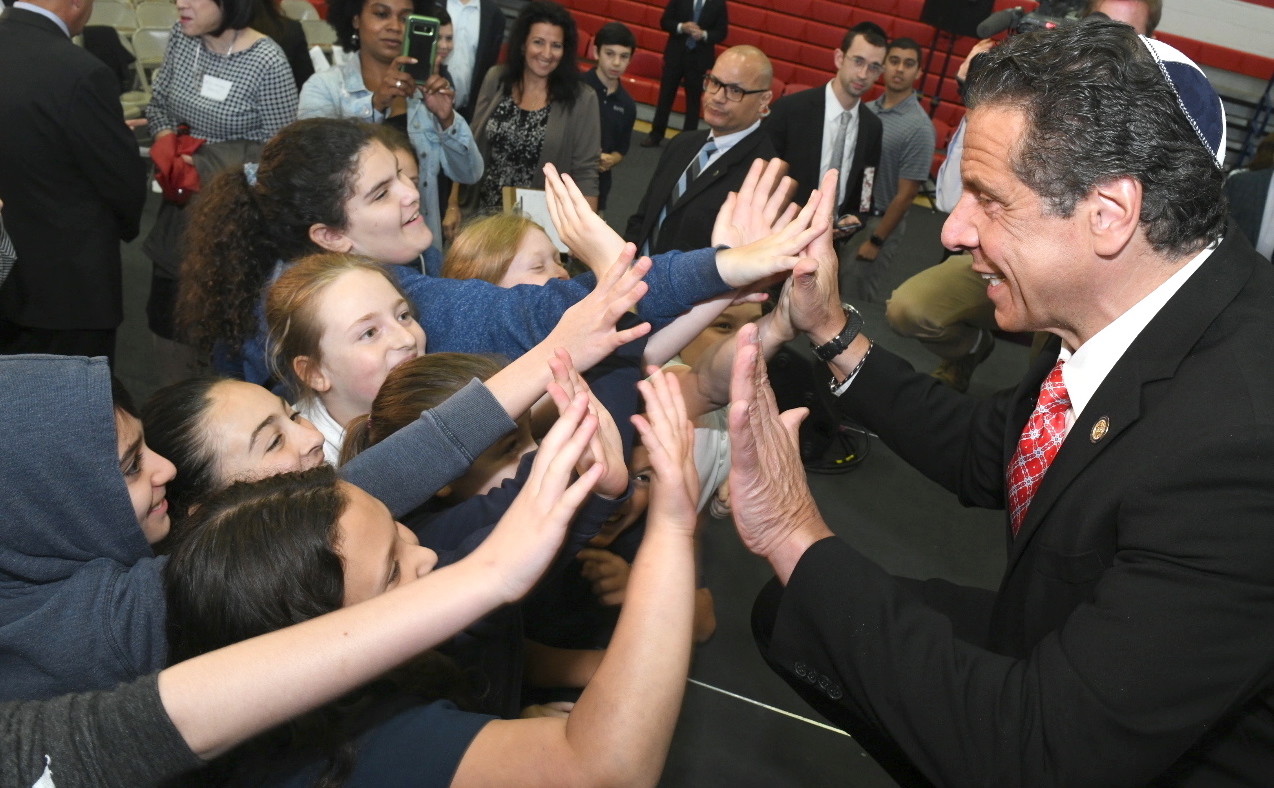 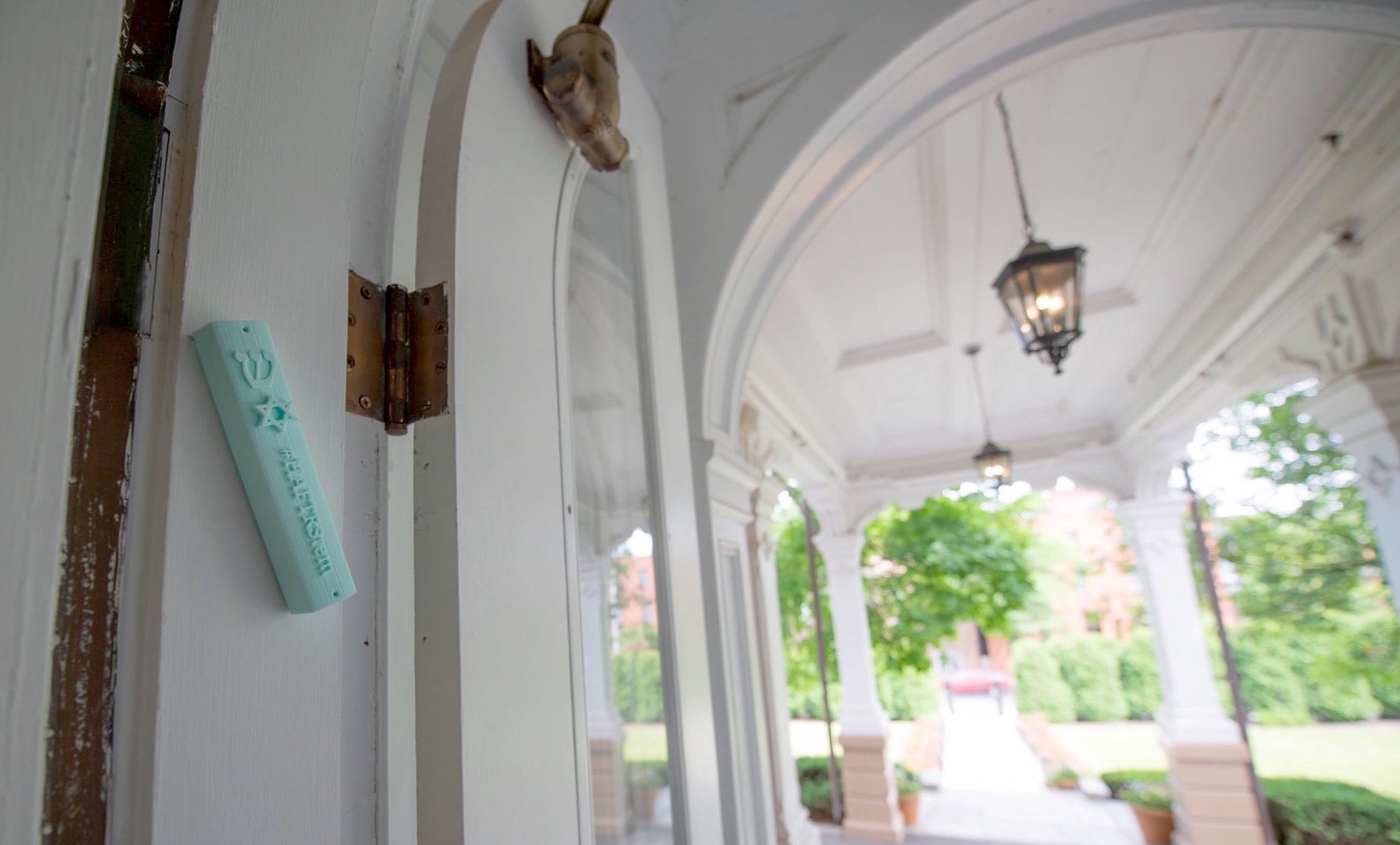 A mezuzah created by HAFTR students hangs outside the Governor’s Mansion in Albany.
Office of Gov. Cuomo
Previous Next
By The Jewish Star

All hands were on deck at the Hebrew Academy of the Five Towns and Rockaway, as Gov. Andrew Cuomo visited the school’s Lawrence campus to announce a $150,000 state grant to improve security at the school.

HAFTR Vice President of Political Affairs Cal Nathan presented Cuomo with a mezuzah whose cover students made using a 3D printer in the school’s STEM lab. Cuomo later affixed the mezuzah to the governor’s mansion in Albany, tweeting: “Thank you to the STEM students from @OfficialHAFTR for this beautiful mezuzah now gracing the Governor’s mansion. This is a long-standing Jewish symbol of protection. May this protection extend to all the people of New York.”

Elected officials from every level of government attended the governor’s June 13 visit. Members of Teach NYS, an arm of the Orthodox Union’s Teach Advocacy Network that has been successfully advocating for an increase in state funding to private schools for security and STEM (science, technology, engineering and math) education, were also on hand.

The visit follows an earlier announcement of the release of New York’s Securing Communities Against Hate Crimes grant funds which awarded millions of dollars in anti-hate grants to schools and nonprofits across the state.

“This funding is critical in our efforts to enhance security and protect nonprofit schools, daycares and cultural museums at risk of hate crimes,” Cuomo said. “By supporting the diverse cultures and community centers found throughout this great state, we are setting an example for the nation while establishing a stronger, safer New York for all.”

Maury Litwack, executive director of Teach NYS, thanked Cuomo for being a leader in school security. “This Governor understands that all students in all schools should be safe at school.” he said.

“The safety of our schools is the paramount consideration, and we thank the governor for acting decisively on this critical imperative,” said OU Executive Vice President Allen Fagin.

HAFTR Middle School has a dedicated STEM lab with a 3D printer and laser cutter. HAFTR’s director of STEM and Innovation, Benjamin Gross, said that previously awarded state aid was used to hire teachers for the STEM curriculum. He said students had been working on drone engineering, wearable technology and both virtual and augmented reality. Plans call for opening another STEM lab in the high school, in Cedarhurst, at the start of the next school year, Gross said.

Some students held signs thanking the governor, and many seemed excited by the possibilities of improvements to the STEM program. Seventh-grader Sameul Spiess said he likes the class because, “I like building new things. We made robots and our final project was a rocket.”

A group of sixth grade girls praised Gittel Grant, chair of the Science and STEM department. “I love it,” one of them yelled.

“Kids need the best math and science instruction,” Litwack said. “Look at where the future jobs are heading. This is the technology they’ll be using.” He said that the state’s 400,000 nonpublic school students — who make up make up about 16 percent of New York’s students — deserved support.