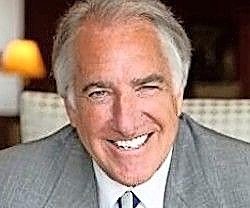 SJP promotes a poisonous, hateful and racist ideology in which Jewish students deserve to be victims of an intifada, the objective of which is to murder Jews wherever they are in the name of Palestinian self-determination.”
By Richard L. Cravatts

In yet another example of the refusal of the University of Chicago chapter of Students for Justice in Palestine (SJP) to face the consequences of its own behavior, the group has decided to whine yet again about its supposed victimization by its ideological opponents.

What was SJP’s complaint this time? In a letter to the editor of the university’s newspaper, the Chicago Maroon, SJP expressed its displeasure with the fact that, on May 23, “the David Horowitz Freedom Center plastered more than 5,000 leaflets on and around campus demonizing Palestinian and pro-Palestinian students.”

SJP employed the tired, cliched and pathetic lie that anyone who criticizes SJP is motivated by a desire to shut down any support of Palestinian self-determination and to create an environment of surveillance and fear surrounding scholarship about Palestine.”

One could make many claims about the role SJP plays on some 200 campuses, but few would posit that the toxic radicalism of the group — and the effect it has had — amounts to “scholarship” or “academic production.” When Jew-hating guest speakers (like Columbia University’s Rashid Khalidi, one of the events cited in the leaflet) libel Israel as the new incarnation of the Third Reich, and malign and slander the Jewish state with accusations that lack any basis in fact, this is not “scholarship about Palestine.” It is hatred.

The leaflets, SJP said in its letter, “go so far as to incite hostility and hate against and within our community. They inhibit our capacity to work and study, to commune, to feel safe.”

It is not clear what SJP means when they refer to “our community,” but it is clear that this “community” does not include University of Chicago Jewish students who, like Jewish students and supporters of Israel on other campuses around the country, have been assaulted by SJP’s fervid campaign of lies, slanders and distortions, as well as boycott resolutions and accusations of racism and apartheid against Israel. The group could not care less about whether Jewish students have a “capacity to work and study, to commune, to feel safe.”

In November 2021, for example, as the leaflet outlined, “SJP at U. Chicago published an art zine titled Cheers to Intifada. The zine promoted terrorism against Israel and contained violent imagery including a graphic of two lit Molotov cocktails raised in a toast. … The zine was also rife with anti-Semitism, including an image of a pig wearing a policeman’s hat with a Jewish star on it. Poems in the publication promoted ancient blood libel tropes against Jews such as one describing a Jewish teenager who held Palestinians captive and had ‘animalistic lust yearning to rape bodies’.”

SJP may consider this type of perverse, anti-Semitic, genocidal propaganda “academic production” and “scholarship about Palestine,” but it is not. It is a poisonous, hateful and racist ideology in which Jewish students are cast as the enemies of good, racists and supporters of an apartheid state who deserve to be victims of an intifada, the objective of which is to murder Jews wherever they are in the name of Palestinian self-determination.

As on other campuses, SJP Chicago has worked to push BDS resolutions and a statement of solidarity with the Palestinian cause through student government.

“In June 2021,” the leaflet noted, “SJP published a lengthy statement calling on the College Council to ‘vote “NO” on the resolution to retract [the University Student Government’s] statement of solidarity and support for Palestine.’ SJP’s statement promoted Jew hatred and demonized Israel, calling campus supporters of the Jewish state ‘student body apartheid apologists,’ and denying Israel’s self-determination by calling for the ‘abolition of a violent political state [Israel]’.”

In April, at the behest of SJP, the Maroon retracted an op-ed written by two students who questioned SJP’s tactics and ideology. On January 26, as an op-ed by Melody Dias and Benjamin ZeBrack noted, SJP posted the shocking admonition, “DON’T TAKE SH***Y ZIONIST CLASSES” on its Instagram page. Students were asked to “Support the Palestinian movement for liberation by boycotting classes on Israel or those taught by Israeli fellows.”

Any students who enrolled in these classes, SJP claimed, would be “participating in a propaganda campaign that creates complicity in the continuation of Israel’s occupation of Palestine.”

SJP was incensed that anyone had the gall to question their tactics and motives. Another post on the SJP Instagram account in response to the Dias-ZeBrack op-ed expressed the offensive view often held by anti-Semites that “to frame this call as ‘anti-Jewish’ not only perpetuates the dangerous (and wholly false) conflation of Jewishness and Zionism, but also deliberately diverts attention from the ongoing ethnic cleansing that the israeli [sic] colony has been inflicting on Palestinian lands and peoples from its inception to the present.”

The International Holocaust Remembrance Alliance (IHRA)’s working definition of anti-Semitism, adopted by numerous governments and organizations around the world, stipulates that attacks on Zionism can be considered anti-Semitic when they deny the Jews’ right to self-determination or slander Zionism as a racist endeavor.

So, despite SJP’s claim that the accusation is false and dangerous, experts on this issue — not biased, anti-Semitic ideologues — have confirmed Dias and LeBrack’s views.

Nevertheless, “in response to these offenses,” SJP demanded the “immediate deletion of the article” and a “public apology issued by the Maroon to SJP UChicago and to Palestinian students for the dissemination of misinformation and the disregard of journalistic integrity and factual reporting.”

Most ominous was SJP’s demand for “a public recommitment to ensuring that all columns and articles abide by expected standards of accuracy and truth, particularly those written by Zionist authors or on behalf of Zionist organizations” (emphasis added).

In response to SJP’s censorious demands, two feckless editors, Kelly Hui and Elizabeth Winkler, not only deleted the op-ed, but published a craven editorial of their own in which they dissected the op-ed for its supposed factual inaccuracies and justified their decision with the claim that it was not SJP’s call for a boycott of courses about Israel, but the op-ed written by supporters of Israel that could be the source of campus enmity.

They made the outrageous claim that sections of the op-ed amounted to the “pitting of Jewish and Palestinian students against one another.”

In fact, it was SJP’s poisonous attacks on campus Zionism and its initial call for a boycott of “sh***y” Zionist courses that pitted pro-Israel against pro-Palestinian students, not op-eds that dare to defend Israel.

Only on university campuses, where self-anointed victims can attack their alleged oppressors with any calumny, untruth, or slander they choose — without any repercussions — could a group like Students for Justice in Palestine continue to operate with impunity, engage in vicious attacks on Jewish students and create a hostile climate on campus, and get away with it.

It is clear that the University of Chicago’s SJP chapter does not understand or does not believe in academic freedom or free speech itself. This the only way they could justify their denial of their opponents’ right to oppose SJP’s hateful rhetoric and toxic ideology.

Perhaps what enrages SJP the most is that, when pro-Israel students, guest speakers, events, courses or even leaflets expose its true nature, it might have to defend its views in a robust and equitable marketplace of ideas, rather than an echo chamber in which its lies are never challenged and its toxic Jew-hatred is never called out for what it is.