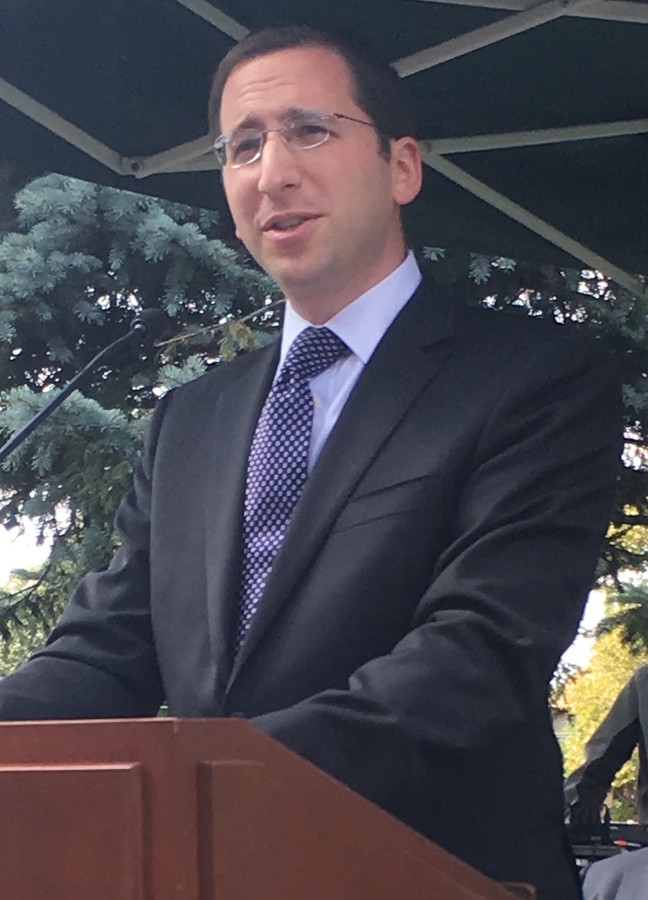 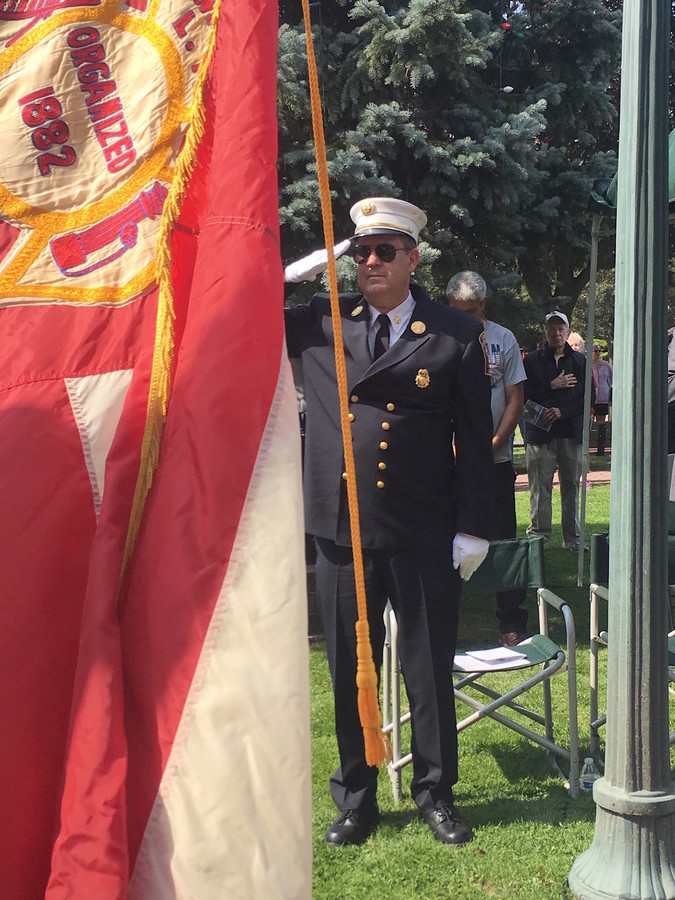 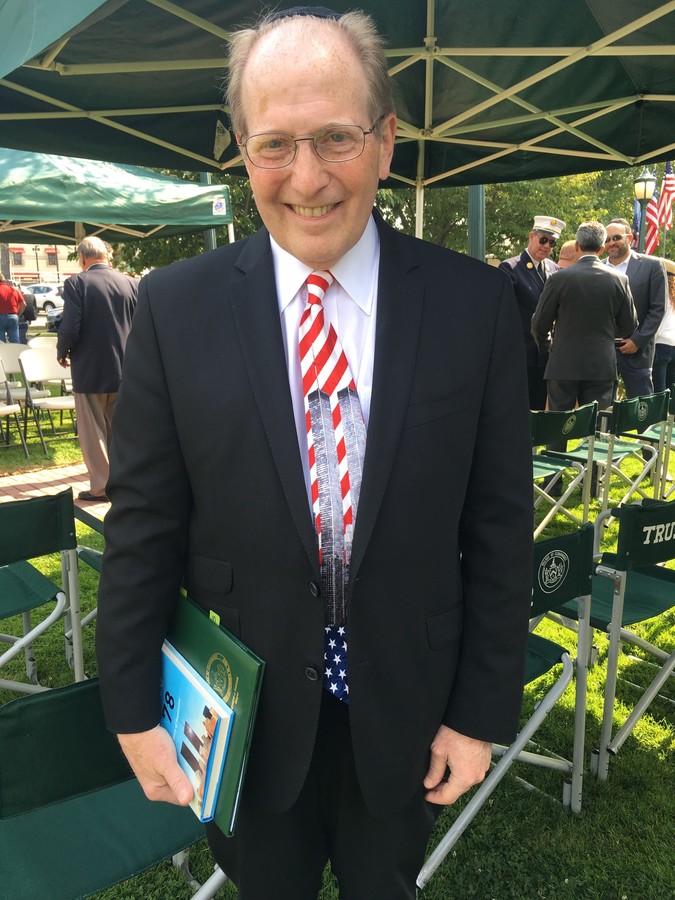 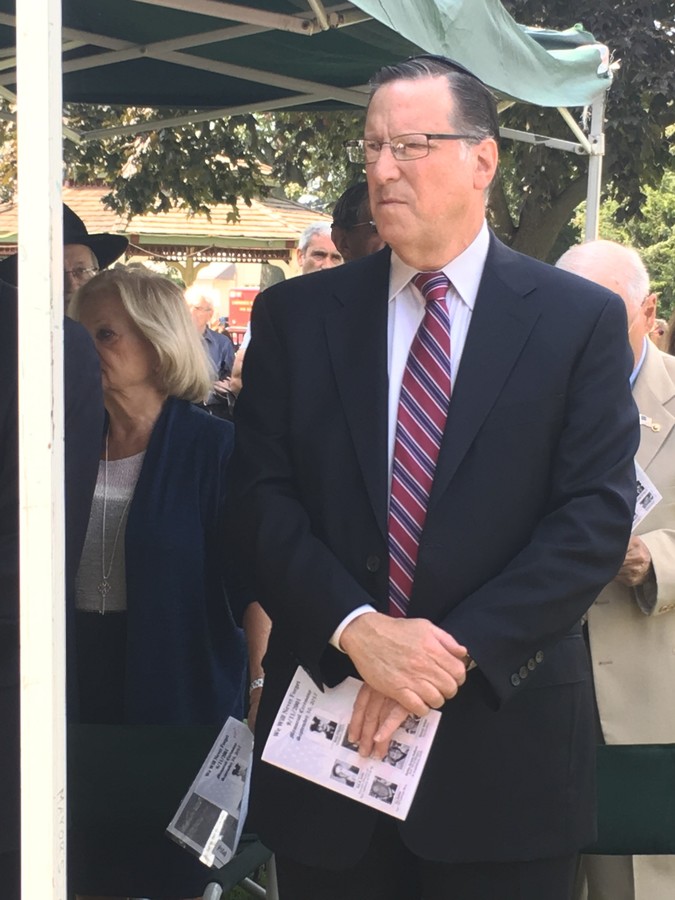 Cedarhurst paused to remember the loss, the heroism, and the miracles of 9/11, at the village’s annual commemoration on Sunday.

In his invocation, Rabbi Shay Schachter (top right photo) of the Young Israel of Woodmere said, “we pray that G-d, the Master and Creator of the world, grant us all the strength and the fortitude to stand firm together against all forms of terror, of extremism, of bigotry, of hatred, of racism, and of all evil that can be found in different forms in our world.”

“We have a solemn obligation to those who died or were injured on Sept. 11th to never forget what happened,” said Mayor Benjamin Weinstock (bottom). “We saw evil, but we also saw the best of America.”

Ari Schonburn (middle), a 9/11 survivor and author of “Miracles and Fate on 78,” recalled his experiences that day. He was waiting to change elevators on the 78th floor when the first plane hit.