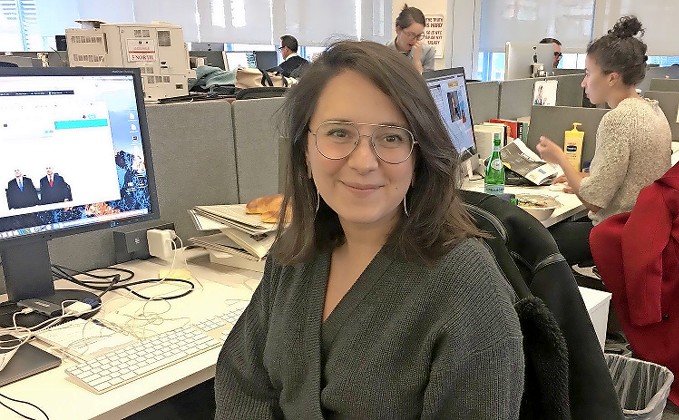 The stakes in this battle are nothing less than the intellectual soul of America.”
By Jonathan S. Tobin

That’s exactly the case with the reaction to the announcement of the formation of a new institution of higher learning: The University of Austin, whose avowed purpose is to create a haven for open discourse at a time when academia has become best known for the way cancel culture enforces the new left’s aversion to debate about its orthodoxies.

The public announcement of the effort earlier this week by former New York Times editor Bari Weiss, who is a member of the proposed school’s board of advisors, set off a tsunami of derision from many of the usual suspects in journalism and academia who think there’s nothing wrong with shutting down those who raise questions about woke sensibilities.

Their contempt for Weiss, who is best known for leaving the Times last year after claiming that the same forces were making it difficult, if not impossible, to report about anti-Semitism or have an open discussion about issues like the Black Lives Matter movement, is already well-established. But as historian Niall Ferguson, another of those who are involved in this project, wrote in Bloomberg, the plague of illiberalism on college campuses is destroying the modern university:

“Trigger warnings. Safe spaces. Preferred pronouns. Checked privileges. Microaggressions. Antiracism. All these terms are routinely deployed on campuses throughout the English-speaking world as part of a sustained campaign to impose ideological conformity in the name of diversity. As a result, it often feels as if there is less free speech and free thought in the American university today than in almost any other institution in the US.”

The fact that college faculties and administrations skew almost completely left in terms of their politics has had a devastating effect on the pursuit of free inquiry. Publicized incidents in which conservatives or even liberals who question some element of the new leftist orthodoxy are disinvited or deplatformed when invited to speak are common. But the problem goes deeper than that.

Suppression of dissenting views in the name of protecting the potentially hurt feelings of those students who cannot tolerate the presence of opposing ideas has become widespread. The dominant culture of the academy has become one in which only certain thoughts are acceptable, and those who don’t agree must often keep their real views quiet or find themselves denied tenure or hounded out of academia altogether.

We have already seen how toxic ideas like critical race theory and intersectionality have migrated from college campuses to mainstream journalism outlets like the Times — whose fallacious “1619 Project” is the best example of how twisted lies about the past can impact both discourse and public schools — and then the public square.

The question, then, is what to do about it. The answer from Weiss, Ferguson and their friends — a collection of academics, writers and thinkers —  to stop complaining and start their own school makes sense. Indeed, the negative response to them shows just how threatened the chattering classes and the academic establishment they support are by the idea.

Some of their complaints about the new school and its backers are particularly appalling. Weiss, in particular, has come in for personal attacks. One was published in New York Magazine, which claimed she was a hypocrite because she allegedly engaged in her own form of cancel culture while a student at Columbia University. This is a noxious lie but also important because it goes directly to the problem of modern universities.

What Weiss did in her student days was speak out against professors and courses on Middle East studies at Columbia that demonized Israel, validated anti-Semitic themes, and marginalized and silenced Jewish students.

But in the bizzaro mindset of woke leftism, it was the efforts of Weiss and other Jewish students to expose hate speech and prejudice that was transgressive. It was precisely because Middle Eastern studies was becoming an academic model in which anti-Zionism was the only type of acceptable thought that protest became necessary. What happened at Columbia has now become a common experience in academia in nearly every field of study other than the hard sciences, which have remained relatively impervious to wokeism.

As Ferguson noted in his article, most universities didn’t begin as places where free speech and academic freedom were respected. Most were begun as schools intended to foster religious orthodoxies of various types. It was only in the late 19th and early 20th centuries that a wave of reform and enlightenment facilitated their evolution into places that valued free discourse as the foundation for scholarship and advanced thought.

That not only made universities better, but also allowed them to become places where Jews and other minority groups could excel. Without the American university system, the transformation of a poor, immigrant community into one where its members could find a place in virtually every sector of American society would never have been possible.

Though Jews faced anti-Semitism in academia a century ago, it had become a relic of a past that was being discarded. The problem today is that the forces now labeling themselves as “progressive” are the ones that, in the guise of advocacy for diversity and anti-racism, are handing out a permission slip for Jew-hatred.

That’s why it is so important that either an alternative to the current academic culture be created or intensified competition spur schools to change.

Can the new school that plans to begin with a summer course next year and then gradually roll out graduate programs and admit its first undergraduate class in 2024, succeed? Time will tell, but given the obvious need for such an institution, I wouldn’t underestimate its chances of survival or even of eventually being regarded as an important center of higher learning.

While the effort to provide an alternative to the current model of college is praiseworthy, it’s also likely that the forces now pouring scorn on their plans will work to ensure that the school sprouting in the capital of Texas will be regarded solely as a haven for outliers. The impulse for the best and the brightest students to continue heading to elite institutions like Harvard, Yale, Princeton and Columbia, regardless of how badly they are compromised by wokeism, will remain great. Still, the very existence of an alternative could help to fuel a counter-revolution within those institutions and others to help begin the process of returning to a state where open discourse is allowed.

While I firmly count myself among those cheering for the new school, it’s also necessary to point out that there’s more at stake here than merely free discourse. The problem plaguing our colleges and universities is not just a culture of censorship. Toxic woke myths about history, language and ideas are already changing American society in ways we’re only just beginning to understand, as parents protesting school-board decisions about curricula have demonstrated.

The answer to leftist orthodoxy can’t just be advocacy for free speech, important though that may be. Bad ideas must be opposed with good ones. Concepts aimed at tearing down our civilization and sense of ourselves as a nation must be answered with those upholding liberal ideals of patriotism, as well as support for rigorous objective standards of scholarship. The response to collectivist leftist ideas must be ideas that uphold economic freedom and values that are rooted in the best of Western thought that is at the heart of the traditional scholarly canon.

Twitter snark notwithstanding, the stakes in this battle are nothing less than the intellectual soul of America. If the woke are allowed to prevail, the consequences for all Americans as well as Jews will be enormous.

Skirting the line between a lukewarm friend and an enemy