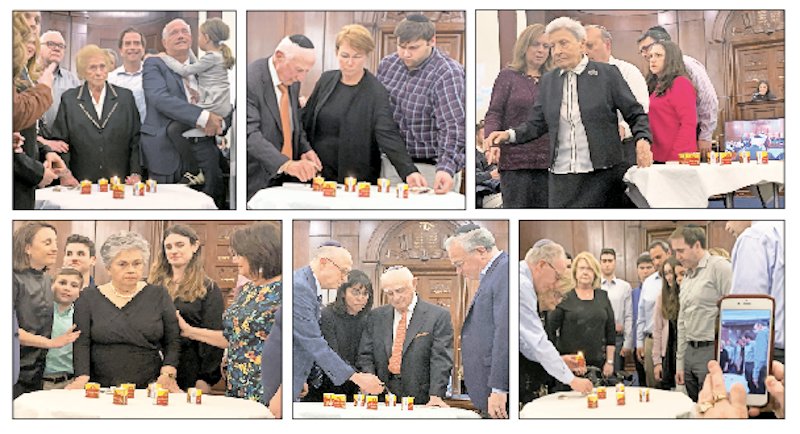 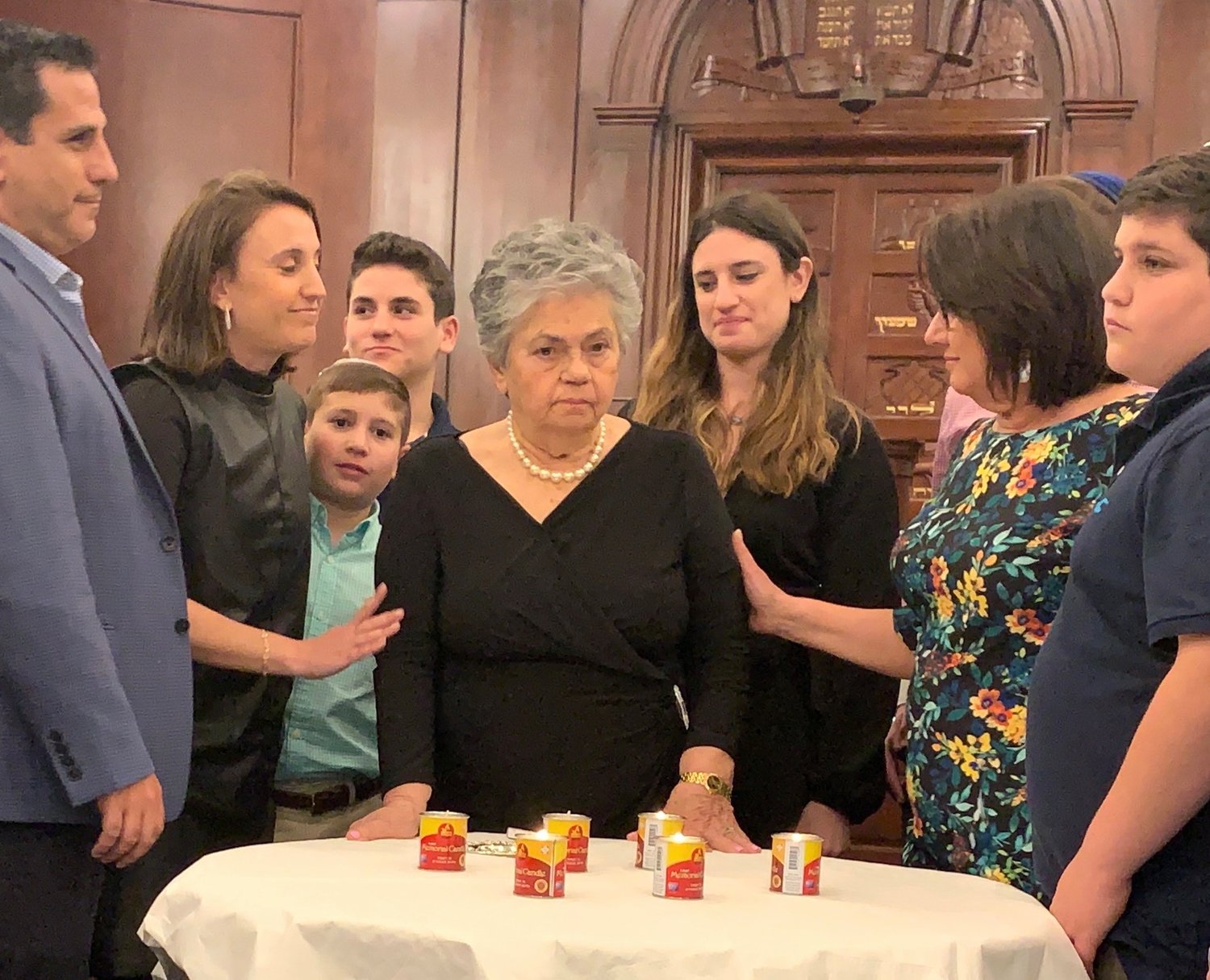 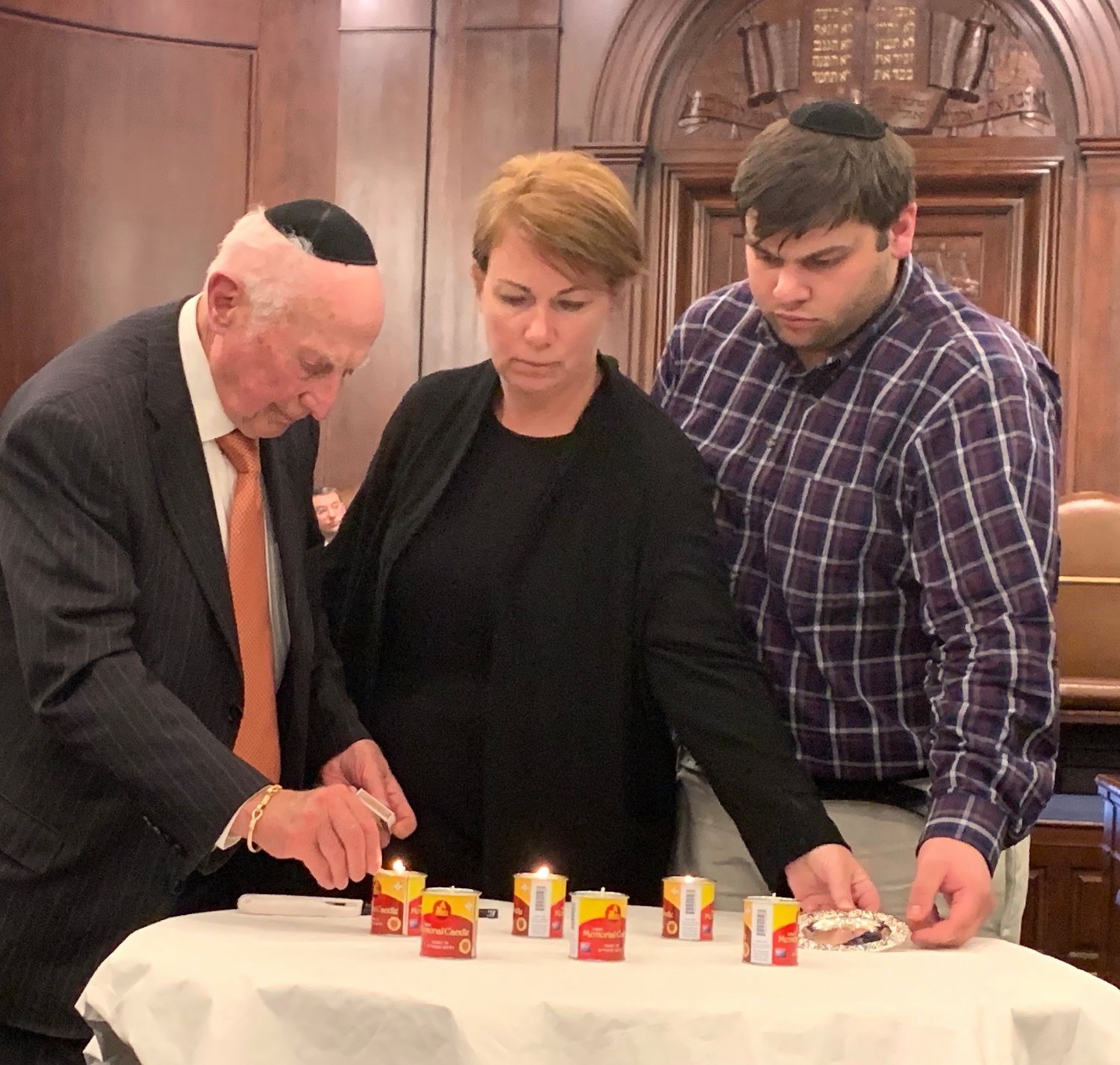 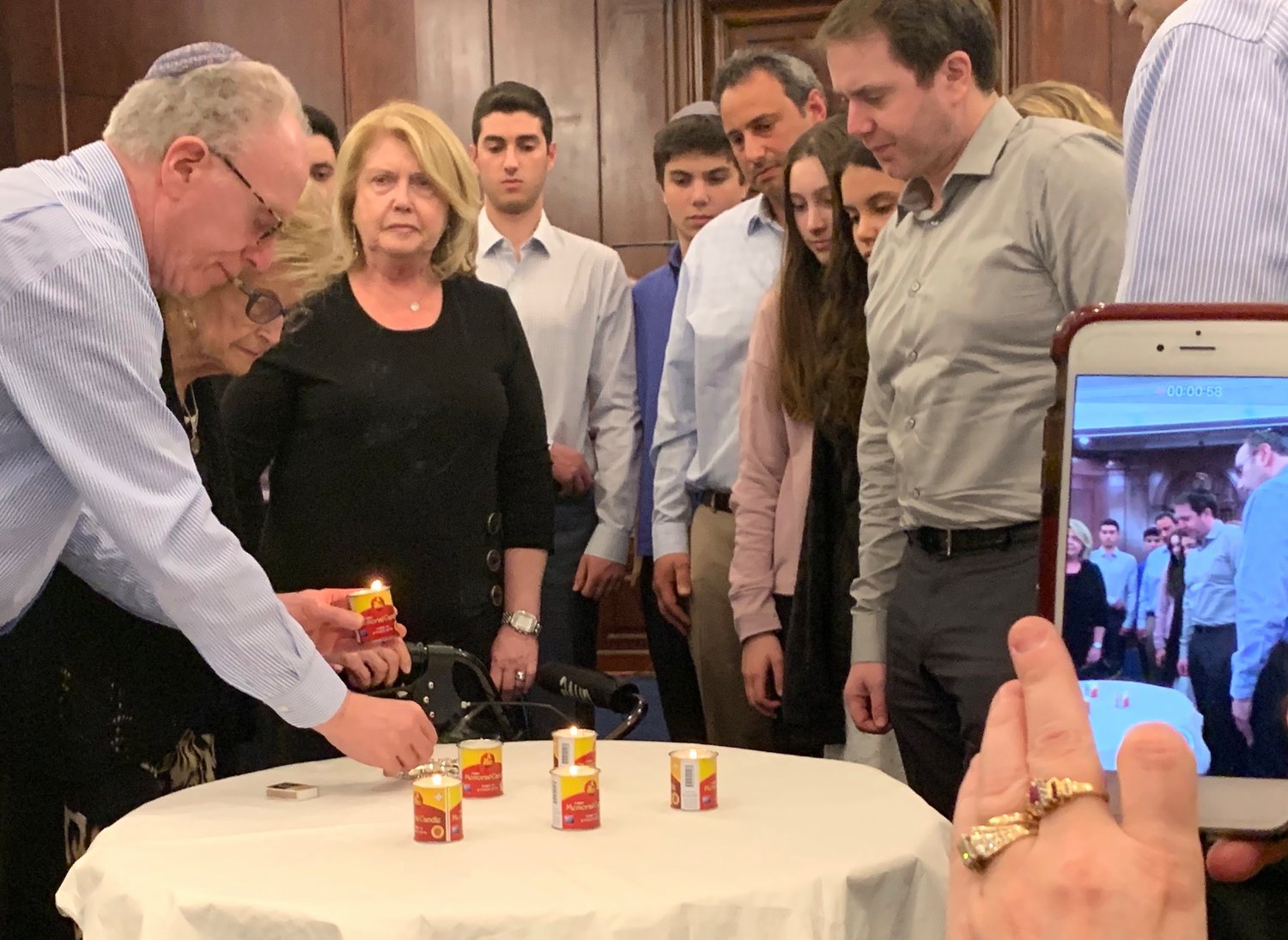 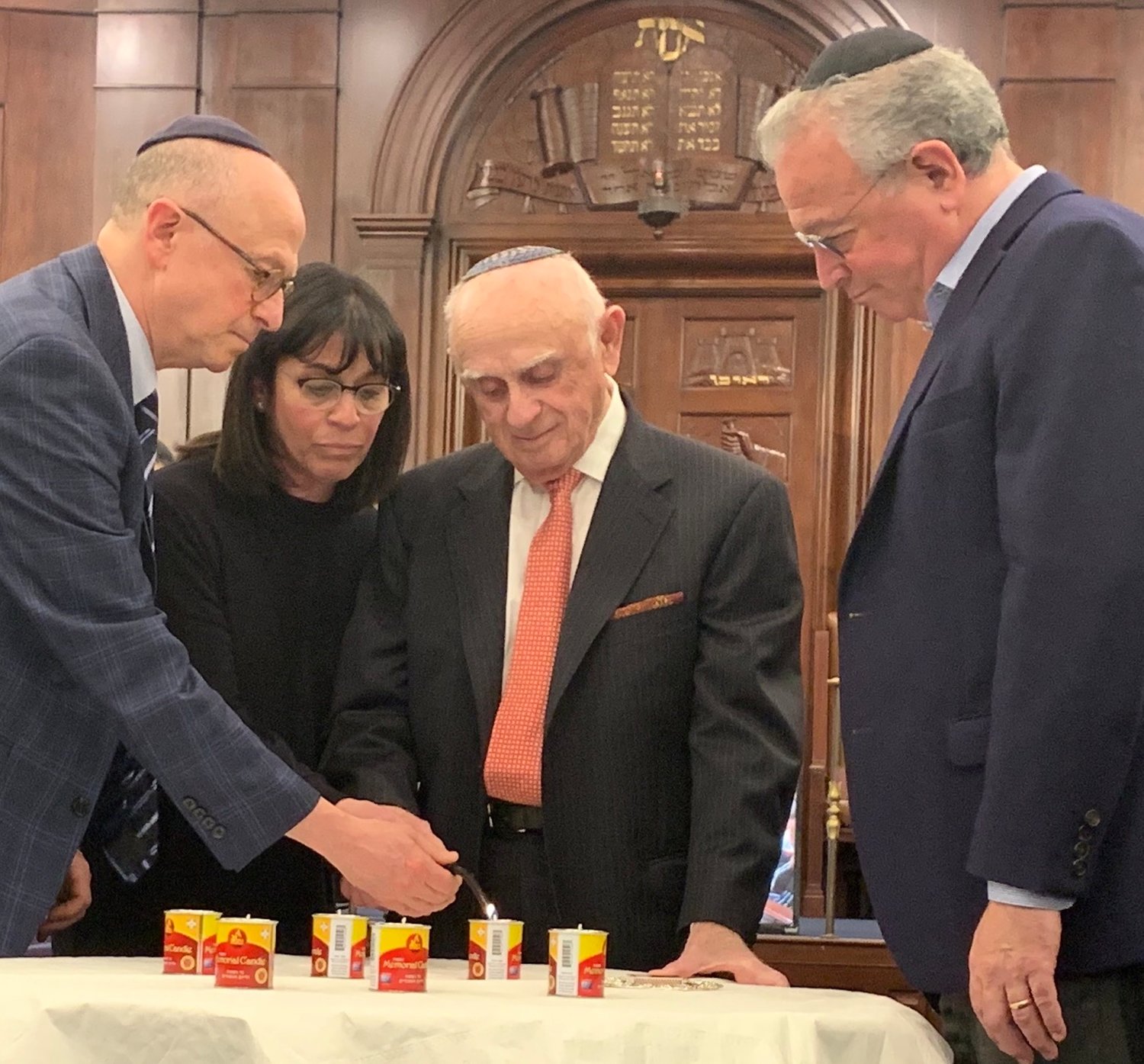 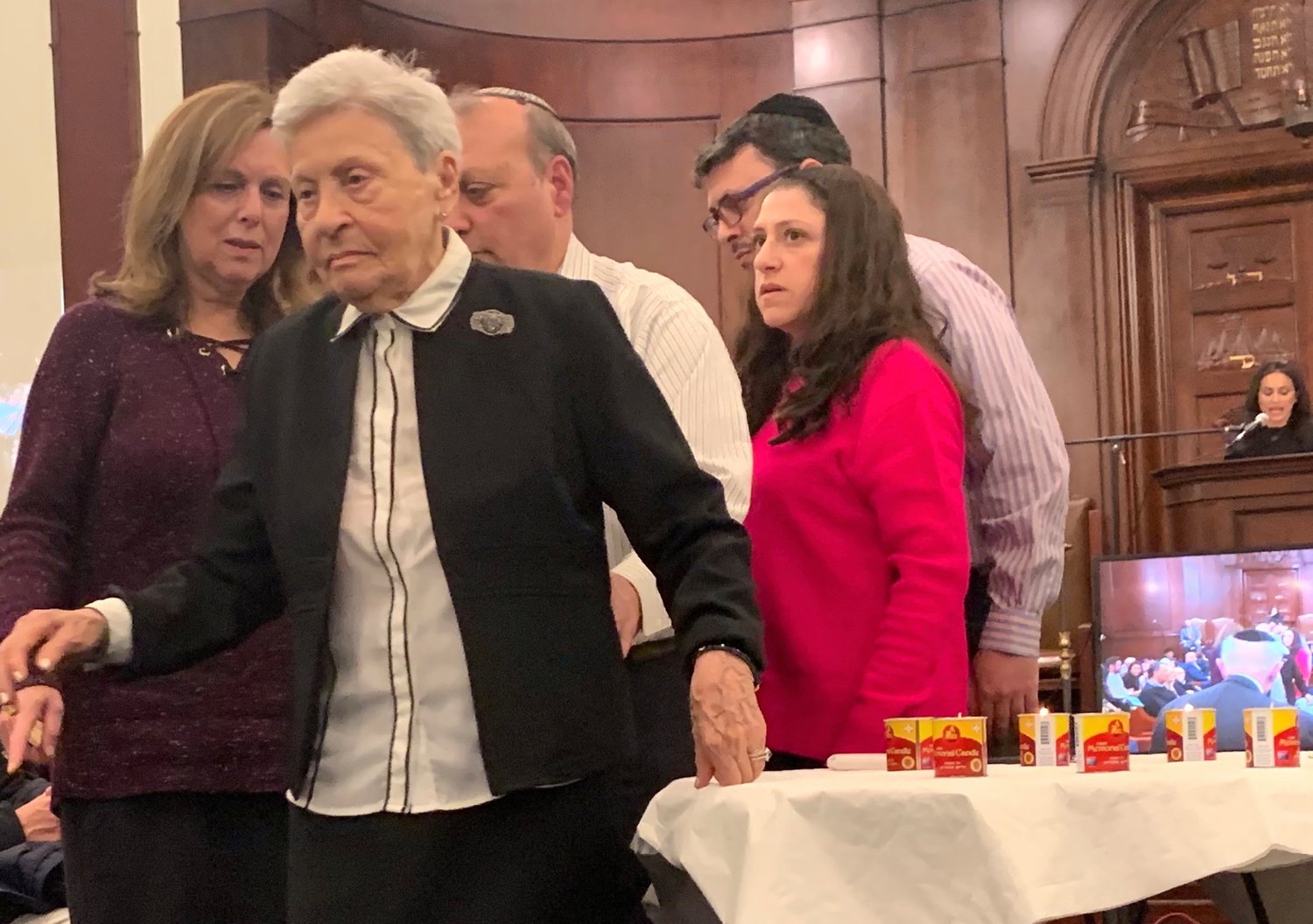 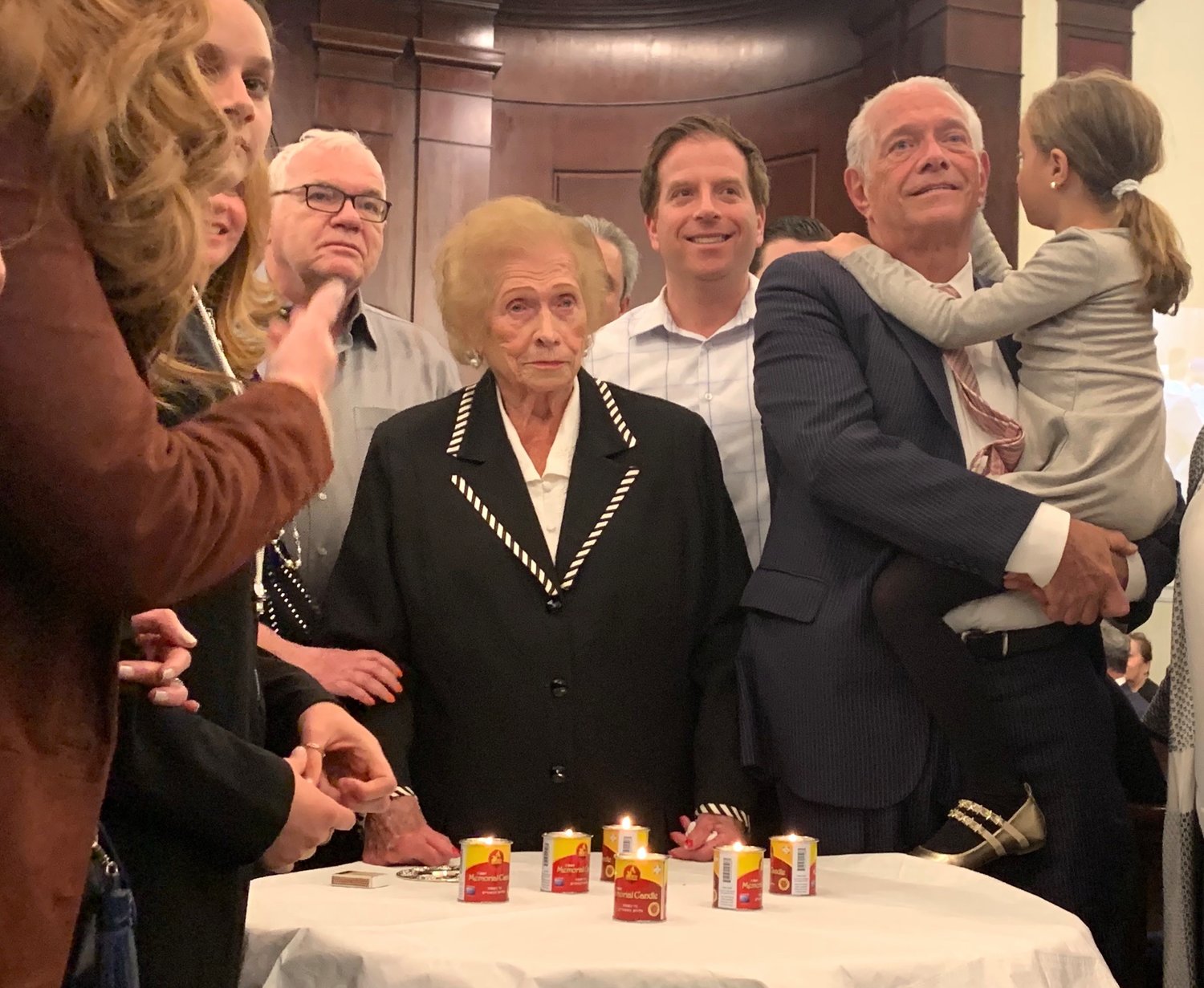 A packed audience at the Five Towns Holocaust Commemoration was told that “however many times we proclaim ‘never again,’ it is happening again and again and again.”

Attorney Ben Brafman, introducing a moment of silence in memory of Chabad of Poway victim Lori Gilbert-Kaye, worried that “new kedoshim are being slaughtered in the United States, in Eretz Yisroel, and throughout Europe — where anti-Semitism is open and notorious and flourishing in countries where the land is still soaked by Jewish blood.”

Dana Frenkel, co-chair of the annual event at Congregation Beth Sholom, said its purpose was to “remember and remind”: “At a time when anti-Semitism and intollerance are prevelant, where World War II-like propaganda is being published by the New York Times, we must speak out,” she said. “As aging survivors express anxiety about whether the world will remember the Shoah in the future, we must proclaim our guarantee that the world will not forget.”

The May 1 event culminated as six survivors lit yahrzeit candles in memory of the six million Jews lost. Children from the HAFTR choir performed, with several noting that they were named in honor of relatives who perished in the Shoah. (They will not forget.)

The keynote speaker was Judith Alter Kallman, a child survivor who authored “A Candle in the Heart.”