5 Towns walks the line: 400 march peacefully thru Cedarhurst and Lawrence [with video] 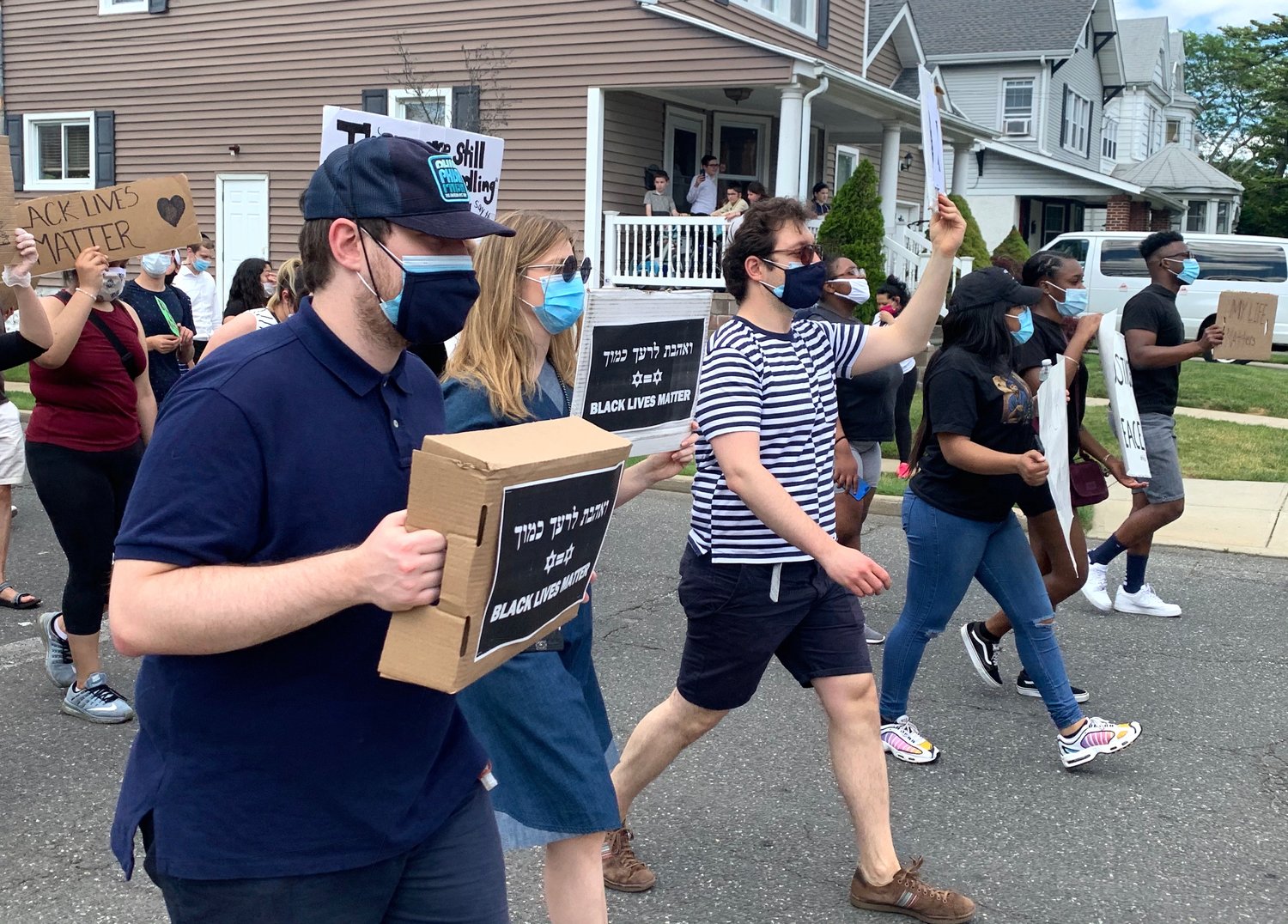 Some of the hundreds of protesters who marched through Cedarhurst and Lawrence on Sunday, on Cedarhurst Avenue at Monroe Street enroute to Andrew Parise (Cedarhurst) Park.
The Jewish Star / Ed Weintrob 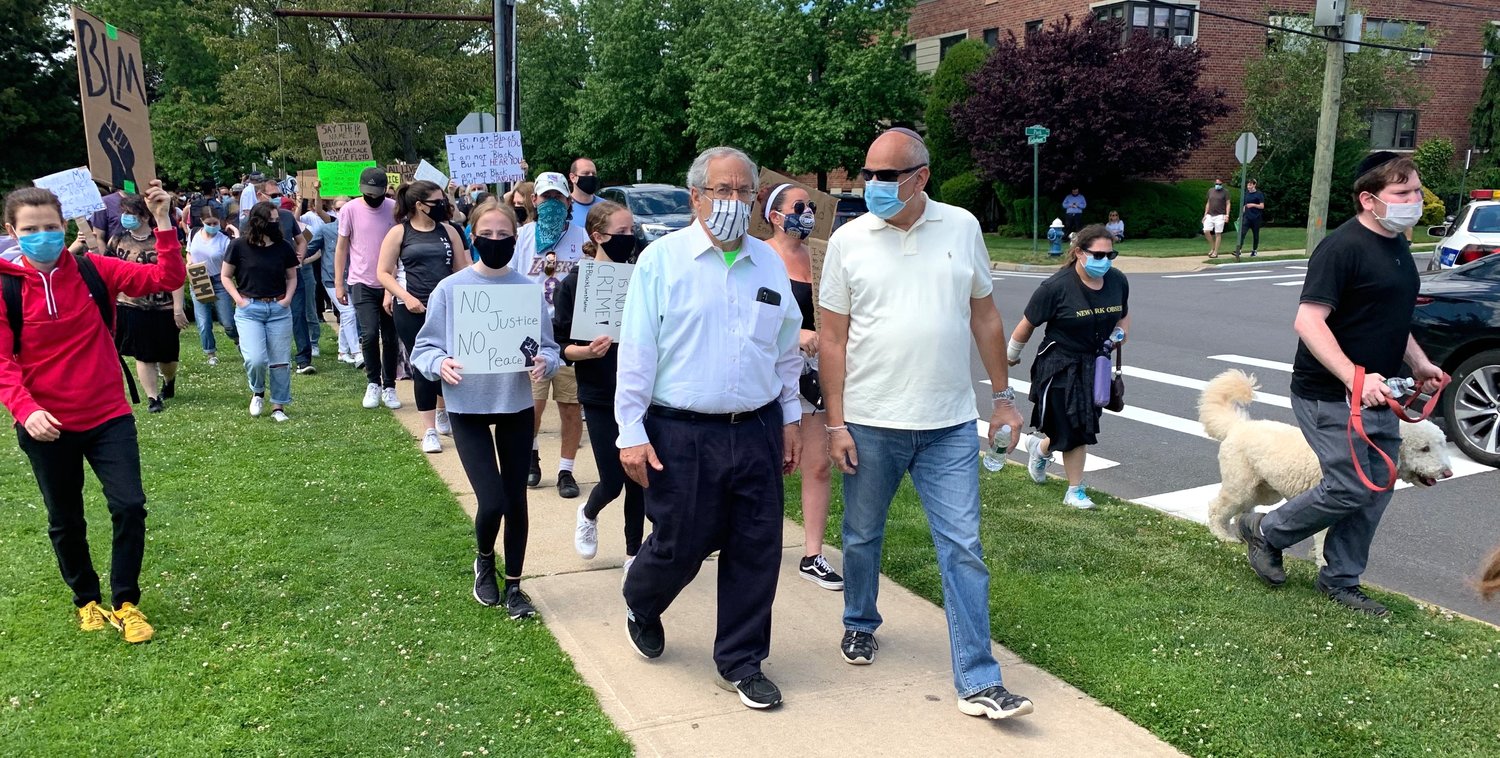 Rabbi Hershel Billet of the Young Israel of Woodmere joins Sunday’s march as it began its 2-1/3 mile trek outside Andrew Parise Park in Cedarhurst.
The Jewish Star / Ed Weintrob 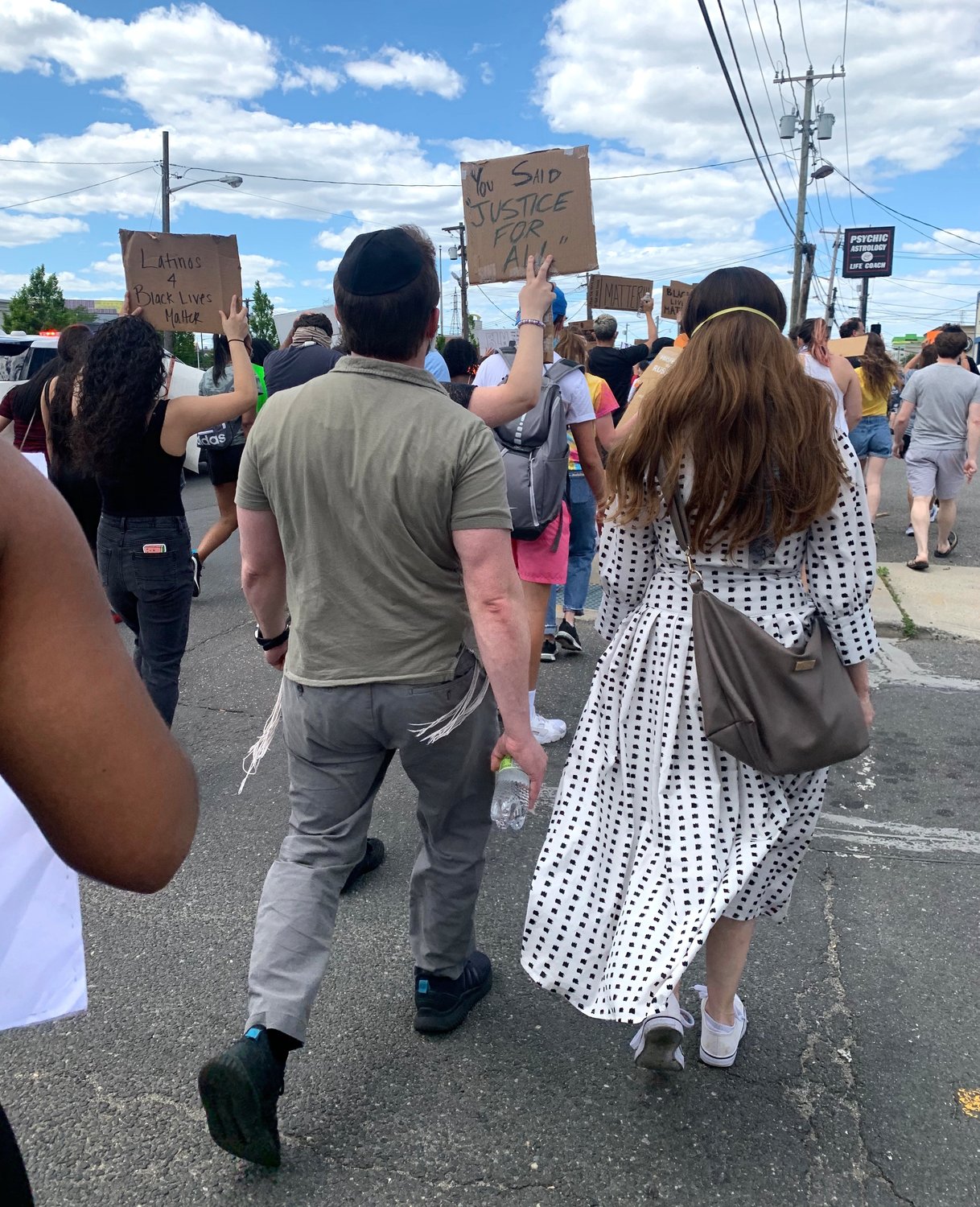 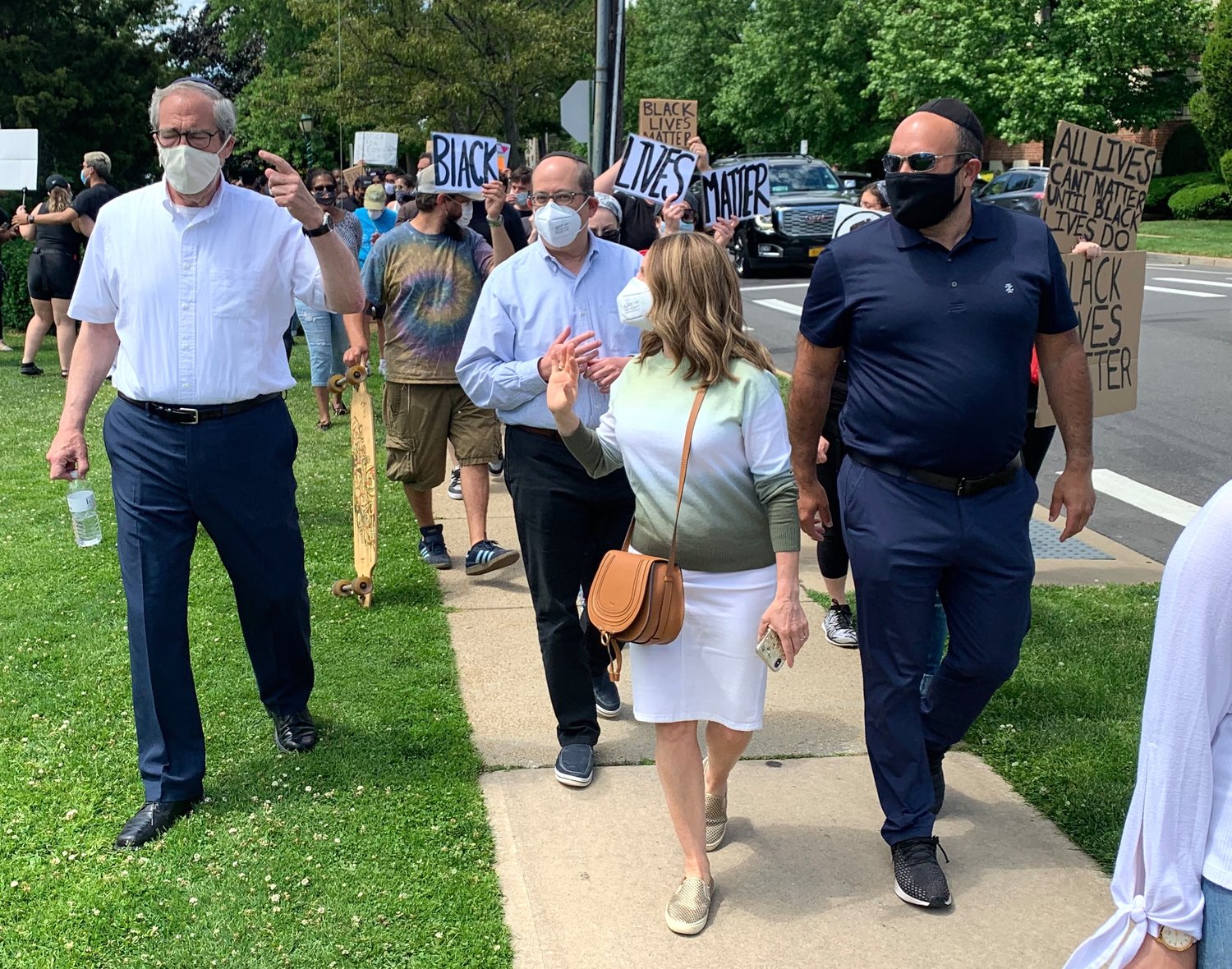 Four-hundred peaceful protesters marched 2-1/3 miles through Cedarhurst and Lawrence on Sunday, joining the national wave of protests in the wake of the May 25 Minneapolis murder of 46-year-old George Floyd.

Participants represented a range of ethnic and religious groups, including the area’s predominant Orthodox Jewish community.

“I think we’re fulfilling the mitzvah of lo ta’amod al dam re’echa — you can’t stand idly by seeing the blood of your brother,” said Rabbi Kenneth Hain of Congregation Beth Sholom in Lawrence. “We support the police, but we also support the rule of law.”

“All human beings are created in the image of G-d, and that’s why we have to be supportive of people who are not treated that way,” said Rabbi Hershel Billet of the Young Israel of Woodmere, as the march began at Andrew Parise Park in Cedarhurst.

Marchers walked on Cedarhurst Avenue to Central Avenue, where they proceeded in silence to Rockaway Turnpike. Turning north, they began chanting “No Justice, No Peace,” “Hands Up, Don’t Shoot,” “Say His Name — George Floyd,” “Black Lives Matter” and more, moving east on Peninsula Boulvard and back to the park on Cedarhurst Avenue. There, they rallied in the street. About 100 marched the route a second time.

In explaining why he was marching, Lawrence school board Vice-President Asher Mansdorf recounted how Jews driving through other parts of the country will often take off their yarmulkes when stopped by police.

“Why do we do that? Because we don’t want to be tagged as a Jew by somebody who may not like Jews. But if somebody has a skin of color, and he feels that way, what does he do?

Lawrence Deputy Mayor Michael Fragin said he was pleased by the Jewish turnout, which he thought would have been greater were it not for fear of the coronavirus and a lack of social distancing at a crowded event.

“What happened in Minneapolis is a stain on our society,” he said. “It’s important that people in the Jewish community feel the pain” and in fact, he pointed out, “many of the prominent rabbis of the neighborhood were here.”

Fragin, like most community leaders interviewed, expressed appreciation for local police along with support for the protest.

“I share the pain of all Americans regarding the senseless and tragic killing of George Floyd,” he said later in an email.

“At the same time, I stand with the hardworking and dedicated officers from the Nassau County Police Department, and the neighboring NYPD, that protect us daily. I am appalled by the images of NYPD vehicles being destroyed by anarchists.”

“We support the police,” said Rabbi Billet. “The overwhelming majority of policemen are good people and when a bad policeman does something he has to bear the responsibility for his crime.”

The march was organized by two young residents of the Five Towns, 19-year-olds Shua Auerbach and Lisa Mavruk.