You call THIS apartheid? 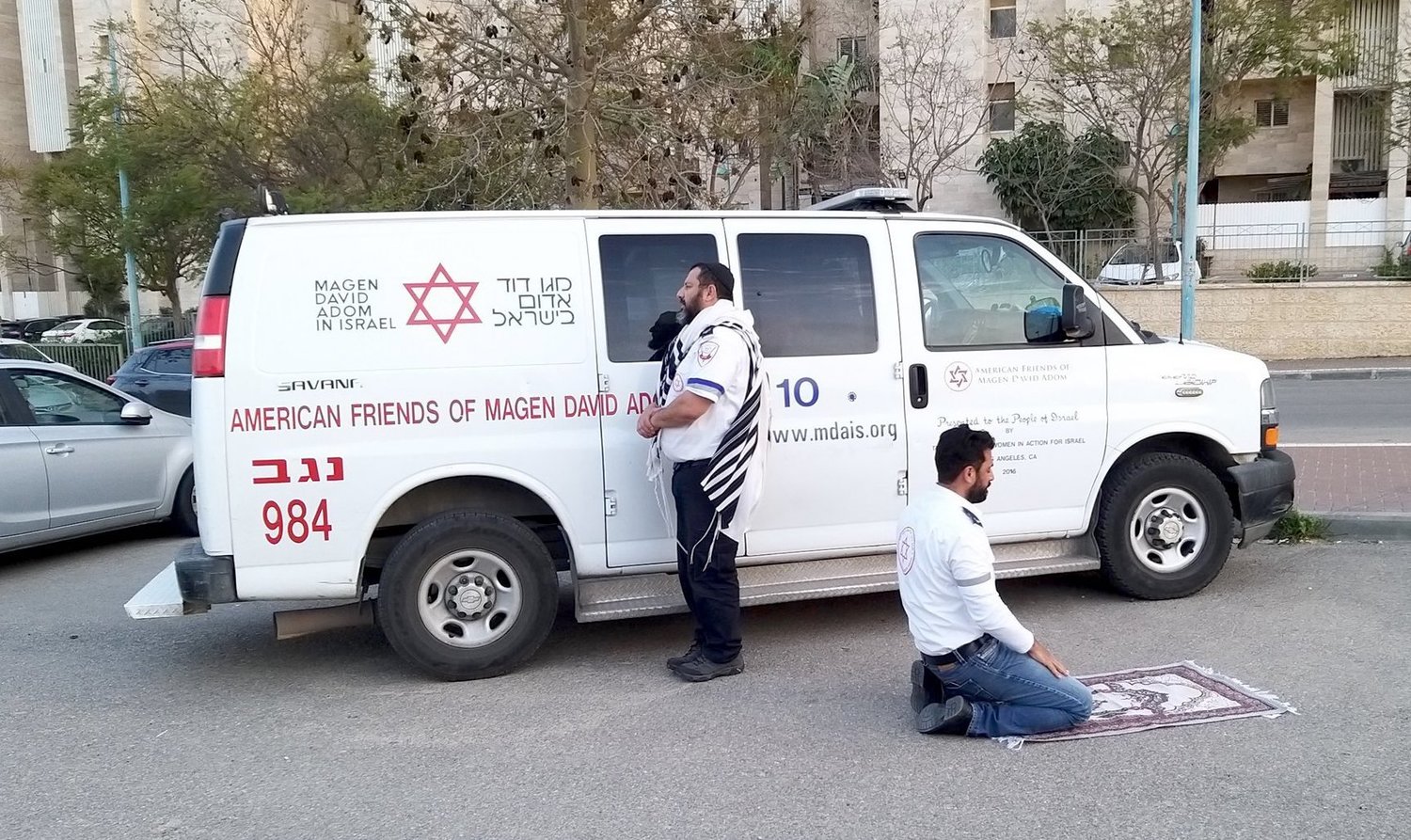 An Magen David Adom team -- a Jew and a Muslim -- each pray in their own way.
MDA 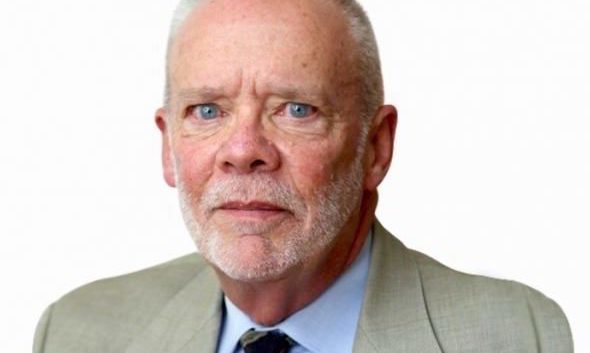 Israel’s two million-plus Arab citizens are the most economically successful and politically free Arabs on earth.”
By James Sinkinson, FLAME

An Israeli mother recently posted on her Facebook page a photo of Muslim-Israeli and Jewish-Israeli healthcare professionals dancing together at a staff function at Jerusalem’s Hadassah Hospital, with the caption, “How dare anyone call my country an apartheid state? If Jews are so horrible to Muslims, why do they work here, send their children to Israeli schools and dance with us? These Muslims are happy and thriving in Israel.”

Indeed, a new poll by the Jewish People Policy Institute provides proof that most non-Jewish Israelis identify with Israel — not the Palestinians — and are content living there. Here are some facts:

•A massive majority — 85 percent — of non-Jews in Israel feel comfortable being themselves in Israel.

•A paltry 7 percent of non-Jews in Israel identify as Palestinian — down from 18 percent just last year.

•Some 91 percent of non-Jews disagree that to be a “real Israeli” one must be Jewish.

If Israel’s Arabs are increasingly assuming an Israeli identity, how can proponents of BDS accuse Israel of being an apartheid state?

First, the Israel haters don’t say that the Arab Israelis are second-class citizens — because that’s indisputably false. Rather, it’s because, strangely, instead of supporting the right (and responsibility) of the Palestinian people to determine their own destiny, the BDS crowd holds Israel responsible for Palestinian destiny.

BDSers argue that Israel — and the Trump peace proposal — seek to isolate the Palestinians into small areas, either disconnected from one another or linked only by narrow land bridges.

This argument is absurd, of course.

The United Nations, Israel and the United States have proposed a completely integrated Palestinian state in 97 percent of Judea and Samaria (the West Bank), plus Gaza — with a capital in Jerusalem — numerous times. However, the Palestinians have rejected this opportunity for sovereignty every single time.

s geopolitics have changed dramatically since Israel’s last peace proposal in 2008 — with the growth of Al-Qaeda and Islamic State, Hamas’s violent seizure of Gaza, the Syrian civil war and Iran’s takeover of the Lebanese terror group Hezbollah and increased imperialism in the Middle East — Israel’s willingness to risk allowing yet another avowed enemy to be created on its borders has understandably vanished.

But that is precisely the threatening option Israel faces. Both the Palestinian Authority in Judea and Samaria and Hamas in the Gaza Strip obstinately refuse to recognize the Jewish state, and both have continued their incitement to terrorist violence against Israeli civilians for decades.

In the meantime, in recent years, Israelis have increasingly expanded or established new communities in Judea and Samaria, the ancient Jewish homeland. Today half a million Israelis live in these disputed territories.

Remember, these are not “Palestinian territories”—the Palestinians have never had sovereignty over an inch of the Holy Land.

In short, the arc of recent Middle East history — and Palestinian recalcitrance — have simply forced previous offers of a Palestinian state (in all of Judea and Samaria, connected with Gaza) to be taken off the table. Past offers will not be repeated.

At the same time, Arabs living within Israel have grown comfortable with the equality, liberty, professional opportunities and prosperity they enjoy as Israeli citizens. Who would not have? Israel has become one of the most successful nations on earth. For most Arabs living in Israel, it’s a dream come true, with advantages unattainable anywhere in the Middle East or in most other parts of the world.

Israel’s two million-plus Arab citizens are the most economically successful and politically free Arabs on earth. As they further embrace their Israeli identity, their lot only continues to improve.

On the other hand, Israel’s neighboring states (Egypt, Syria, Lebanon, Iraq, Yemen, Turkey), and non-state entities such as Hamas and the Palestinian Authority, have either disintegrated or become increasingly belligerent, or both.

If the Palestinians are left with an ever-diminishing territory, or discrete enclaves, in Judea and Samaria, this is not apartheid. Rather, it’s the natural result of shrinking possibilities due to one fact only: The failure of Palestinian leaders to seize many generous opportunities history presented to them.

James Sinkinson is president of Facts and Logic About the Middle East (FLAME).