Israel versus Iran, Hezbollah and Syria 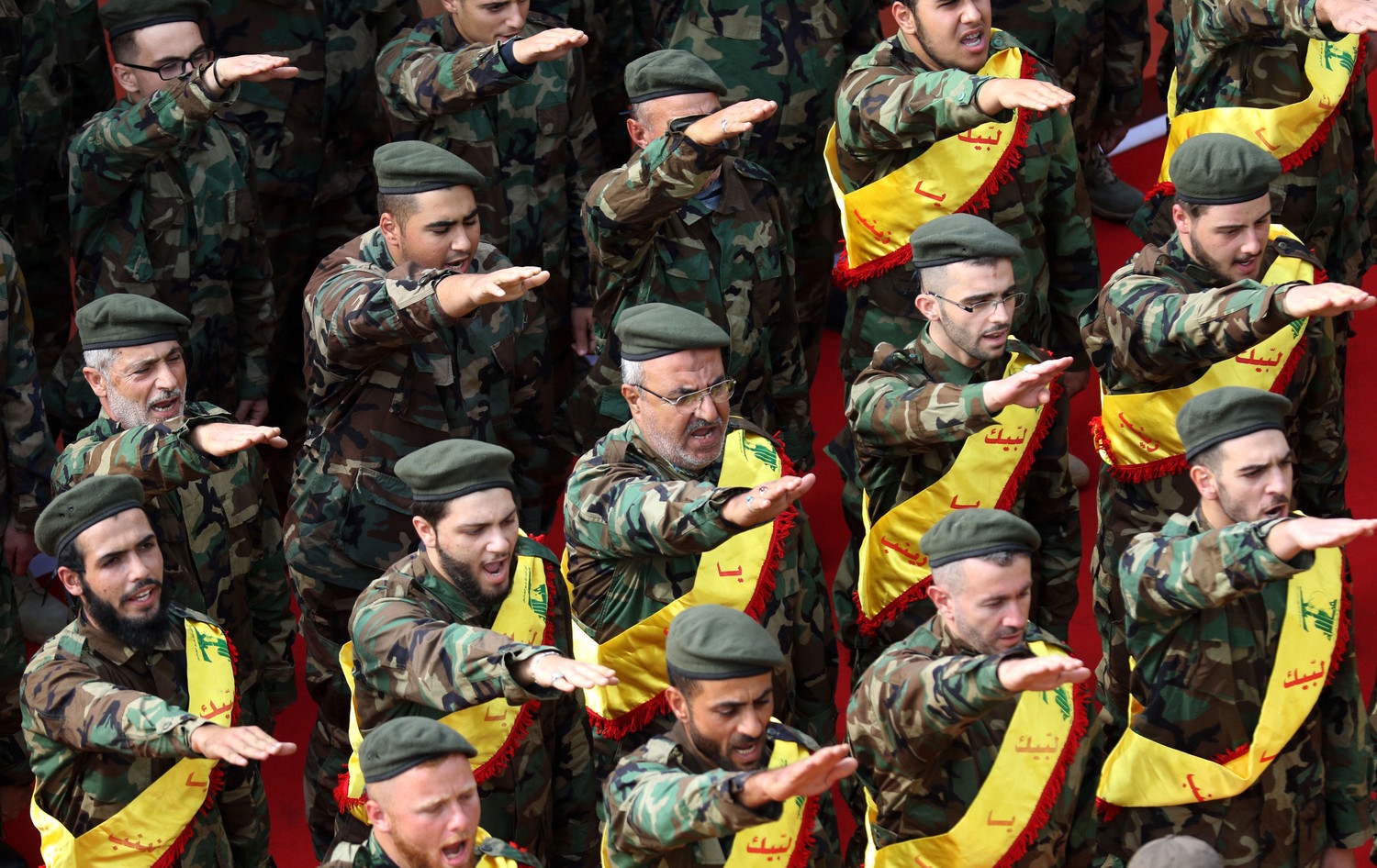 Members of Lebanon's Shiite Hezbollah movement salute behind the coffins of three comrades killed in combat in Syria during their funeral in the southern Lebanese city of Nabatieh on Nov 8, 2017.
Mahmoud Zayyat/AFP/Getty Images
By Jeff Dunetz

It started just before dawn Jerusalem time on Saturday when the Israel Defense Forces detected an Iranian drone coming from Syrian territory and allowed it to enter Israeli airspace for approximately 90 seconds before shooting it down. They allowed it to enter Israeli airspace so they could examine the wreckage and see what they were dealing with.

The structure and technology of the drone were similar to that of the American unmanned aerial vehicle (UAV or drone) that Iran seized in 2011, including a “low signature” aimed at avoiding detection. There were reports, but no confirmation, that the drone was armed.

Some look at the attack coming from Iran, but that’s only part of the story. Threatening Israel from the north are Iran as well as its satellites — Syria, Lebanon, and Hezbollah.

Israel’s retaliation for the drone incursion was quick: eight Israeli F-16 planes swept into Syria carrying out strikes deep inside Syria, blowing up the truck that controlled he drone and hitting a Syrian airbase used by Iran. Although not confirmed by the IDF, the Israeli plane that was downed was likely hit by an anti-aircraft missile. One of the pilots was severely injured, the second only mildly hurt.

On one hand Israel was protecting her airspace, on the other the response was a bit strange, after all this was not the first incursion of a drone into Israel airspace. But the Iran-backed Hezbollah is becoming a more formidable opponent every day, and Israel may have decided it was time to put her foot down.

In January 2015, former Israeli National Security Adviser, Maj. Gen. (ret.) Yaakov Amidror, outlined the threats to the Jewish state from non-state entities in a report released by the Begin Center for Strategic Studies. The most serious existential threat to the Jewish State by non-state entities is the terrorist group Hezbollah, with 150,000 missiles which, according to the general, is a “rare and substantial firepower apparently even exceeded the firepower possessed by most of the European states combined.

After having been accustomed to a situation in which large regular armies with armor, artillery, hundreds of aircraft and thousands of troops were arrayed on Israel’s borders, there can be no doubt that Israel has moved into a different world.

Drones are becoming a more important part of the Iranian/Hezbollah military force. In 2012, Hezbollah threatened to use suicide drones to target Israeli civilian nuclear infrastructure. Iran subsequently developed and distributed suicide drones to Hezbollah, according to the U.S. Army, and to the Houthis, and according to the EU. By 2015 Hezbollah had a full-blown advanced drone base operating in Lebanon, in 2017 Iranian allies and proxies fired drones toward U.S.-backed forces in Syria and into Israel The Iranians released footage of one of their drones shadowing American forces the day before that attack. The Times of Israel reported a week ago that Iran was mass-produce offensive drones meant to be loaded with precision bombs.

Hezbollah says it has 10,000 fighters ready to attack Israel and to create a single front across all of Israel’s north and northeast. In Lebanon, Hezbollah has transformed hundreds of villages into “military strongholds,” effectively “drafting” the human shields who will become civilian casualties blamed on Israel, according to the New York Times. Their 150,000 rockets and missiles, will allow then to saturation bomb Israeli population centers with 1,500 rockets and missiles per day for over three months, and Hezbollah chief Nasrallah they will use those projectiles against Israel’s civilian nuclear installations and chemical facilities, causing tens of thousands of casualties.

Yet the Israeli response was a limited one it was meant to send a message. She confined herself to striking targets under the control of Iran and the Assad regime. The Base the IAF hit was not only the home of the Drone sent over the border, but is run by members of Iran’s al Quids force, a branch of their revolutionary guard.

Not wanting the conflict to expand, the IAF didn’t go after the Russian air defense assets that now dominate the air power picture over Syria. The message was to Iran and Syria to lay off, but it was also a message to the Russians, “reign these guys in.”

Per the Times of Israel, Saturday’s conflict was not the start of a war, but it most probably is the start of an extended period of tension and border conflicts.

“I don’t think it’s the last time we’ll see such an event, but for the time being both sides will restrain their responses,” Sima Shine, a career defense official and current senior researcher at Tel Aviv’s Institute for National Security Studies think tank, told reporters on Sunday.

It sounds as if Israel is heading toward another war of attrition.