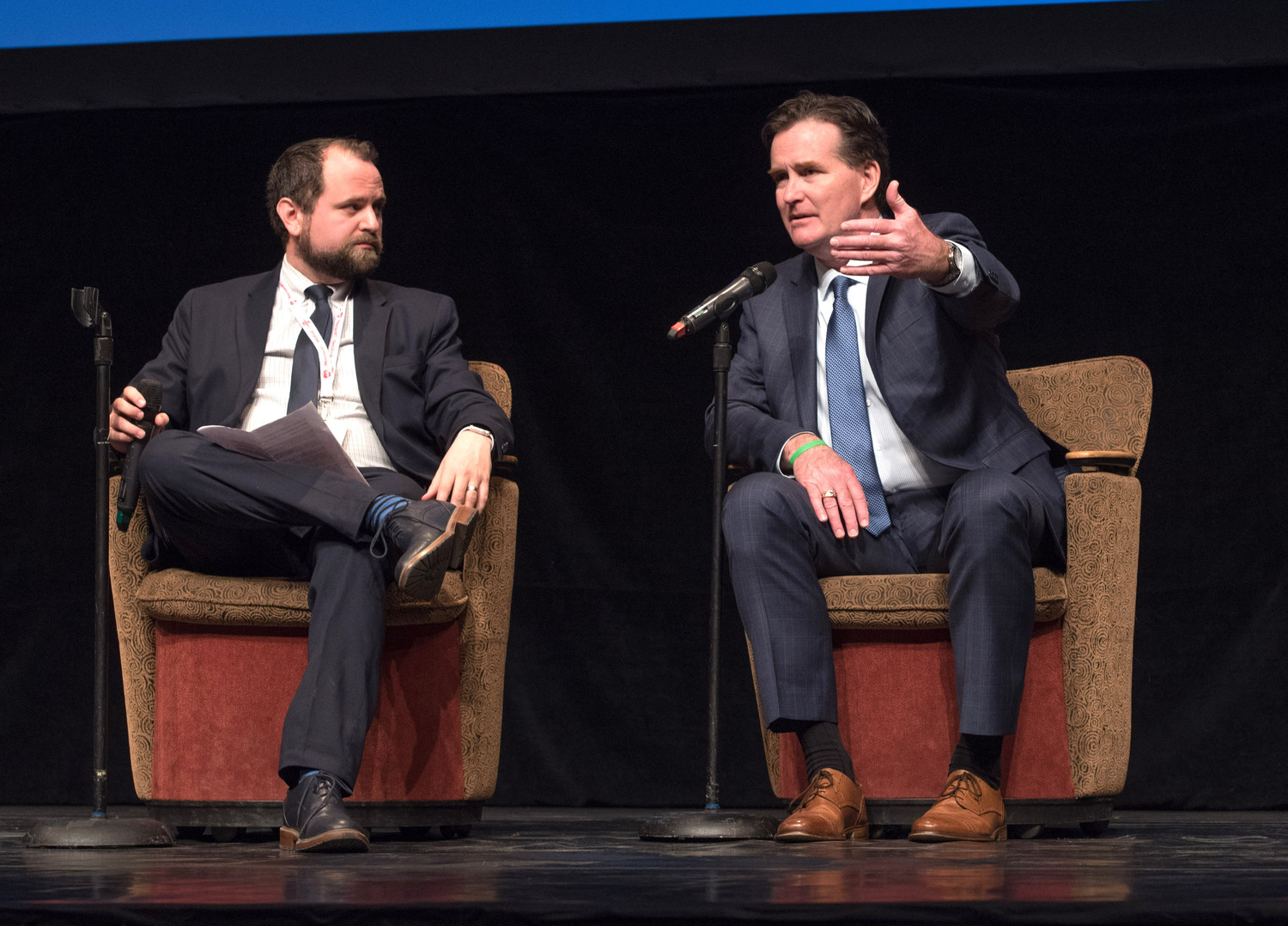 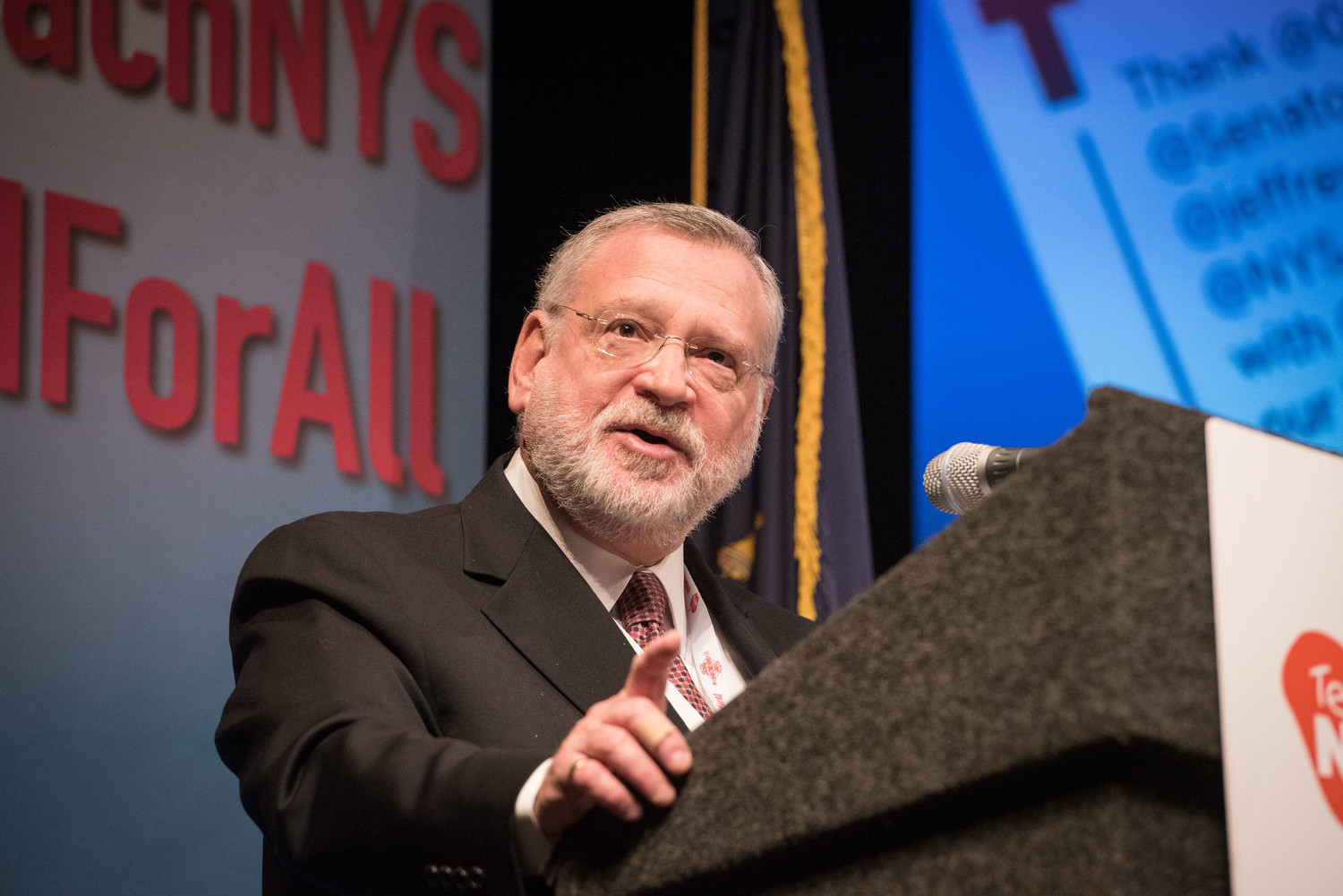 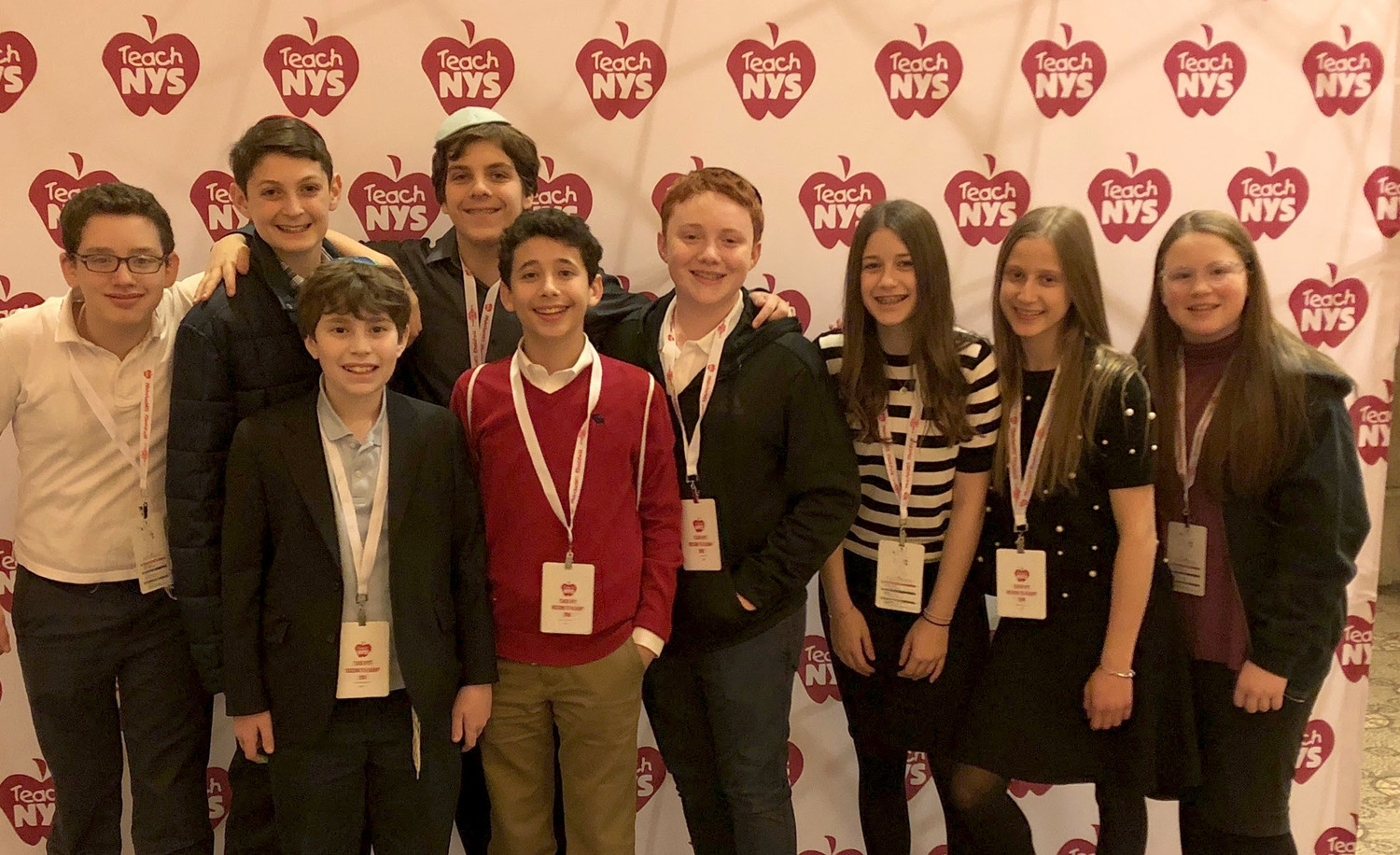 Eighth graders from Manhattan Day School, on the Upper West Side, turned out to support Teach NYS and lobby their lawmakers.
Semeraro Photography 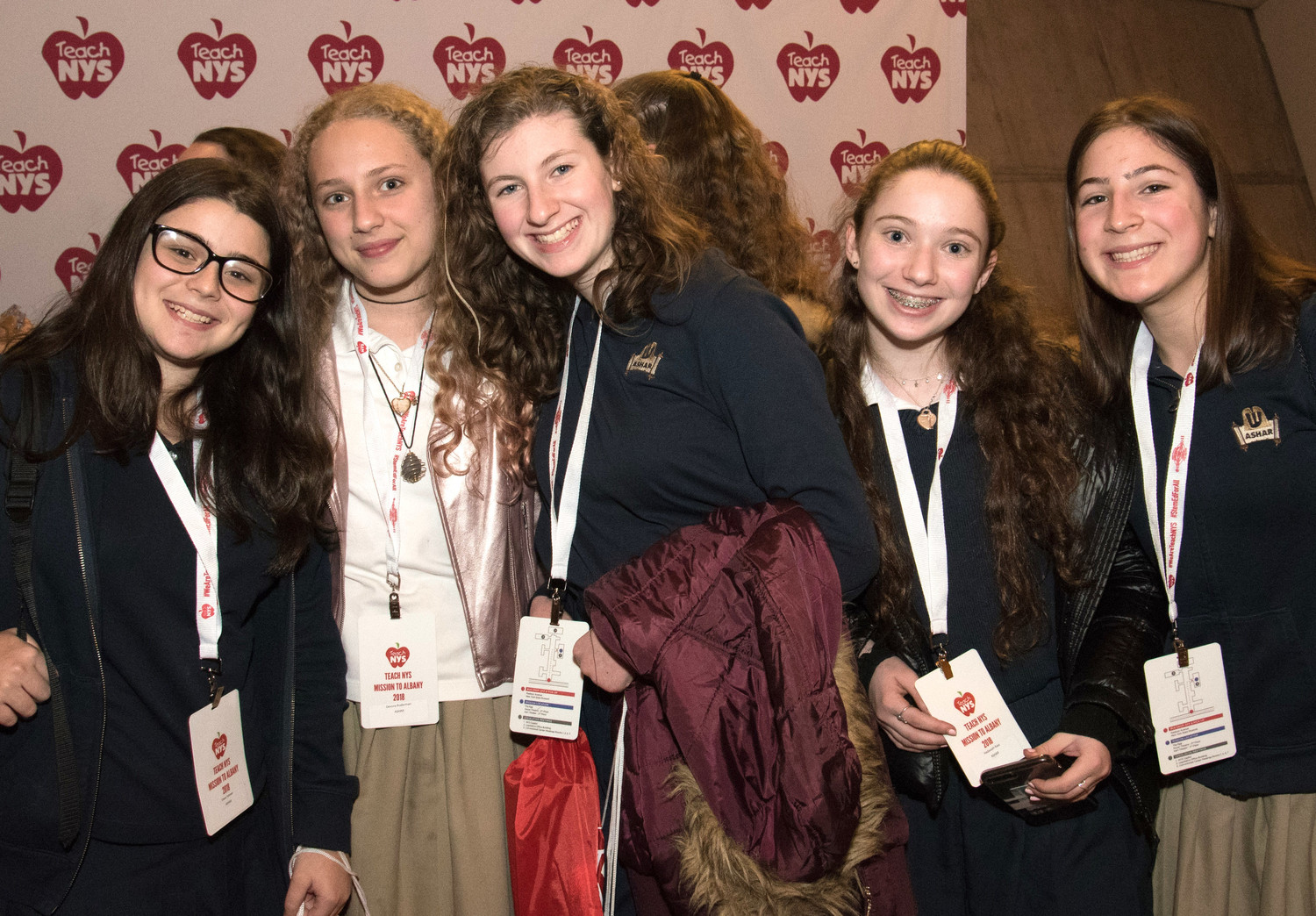 These girls from ASHAR — the Adolph H. Schreiber Hebrew Academy of Rockland, in New City — joined with Teach NYS in lobbying for a day in Albany.
Semeraro Photography 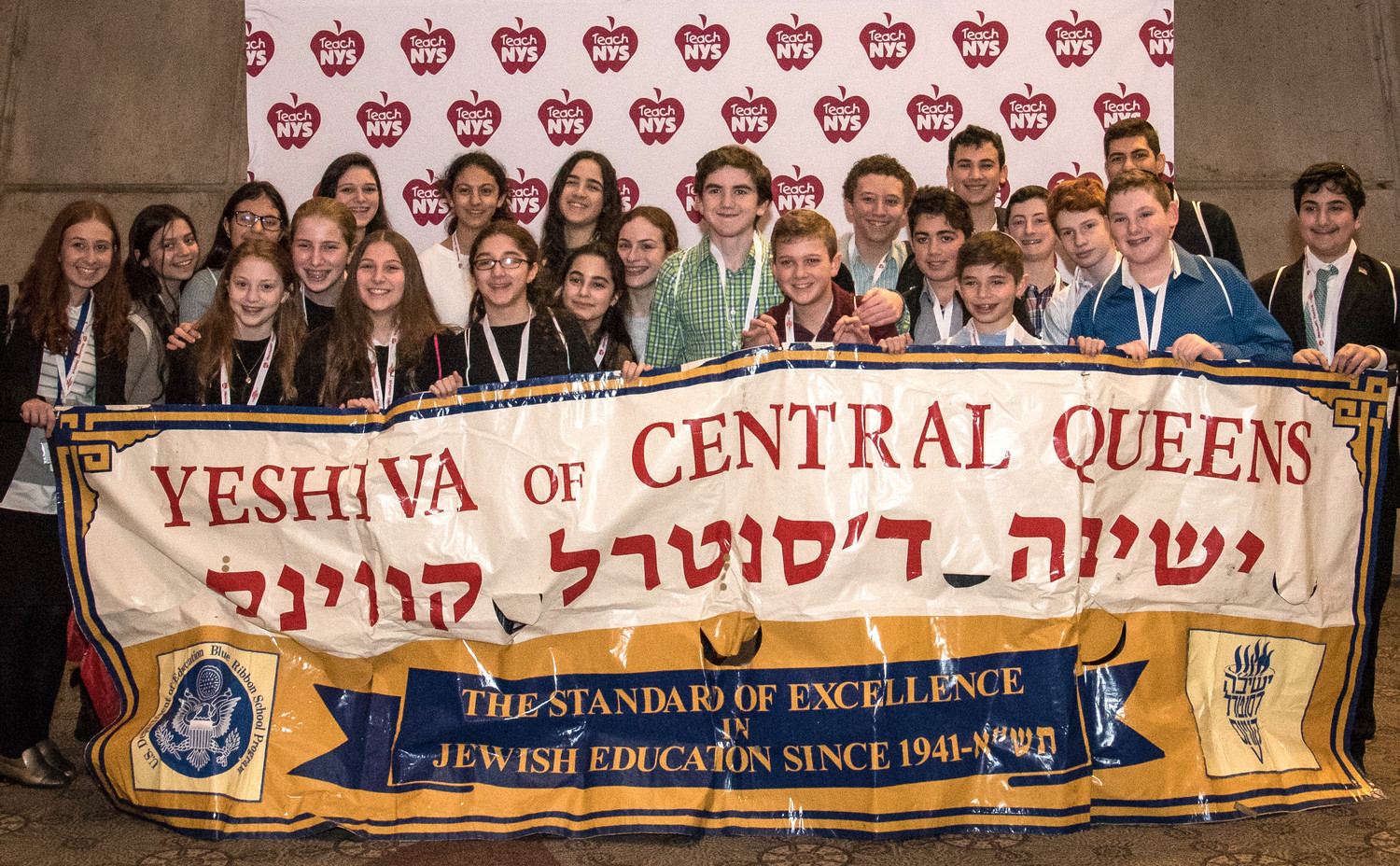 Boys and girls from the Yeshiva of Central Queens joined the OU advocacy effort.
Semeraro Photography 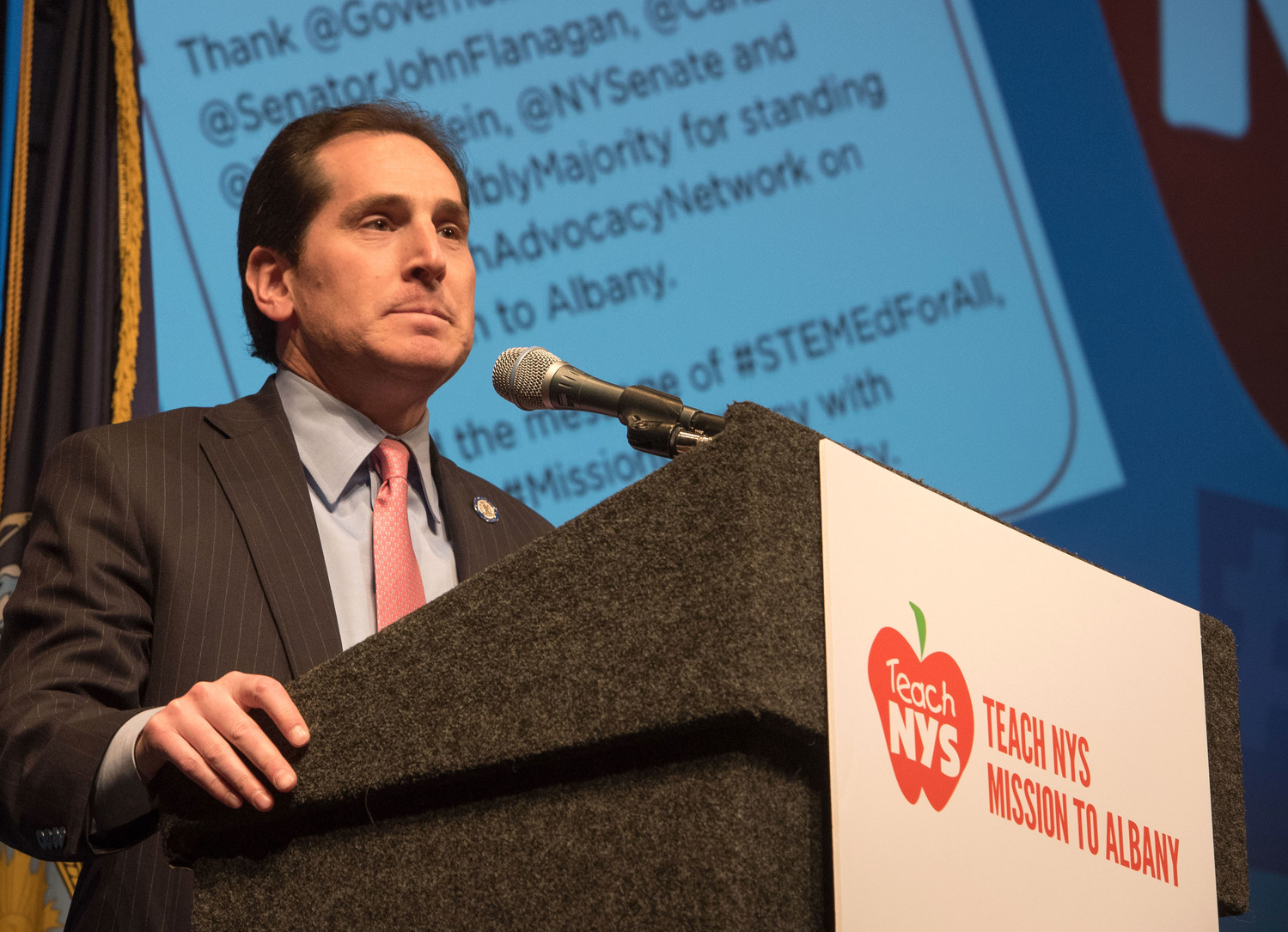 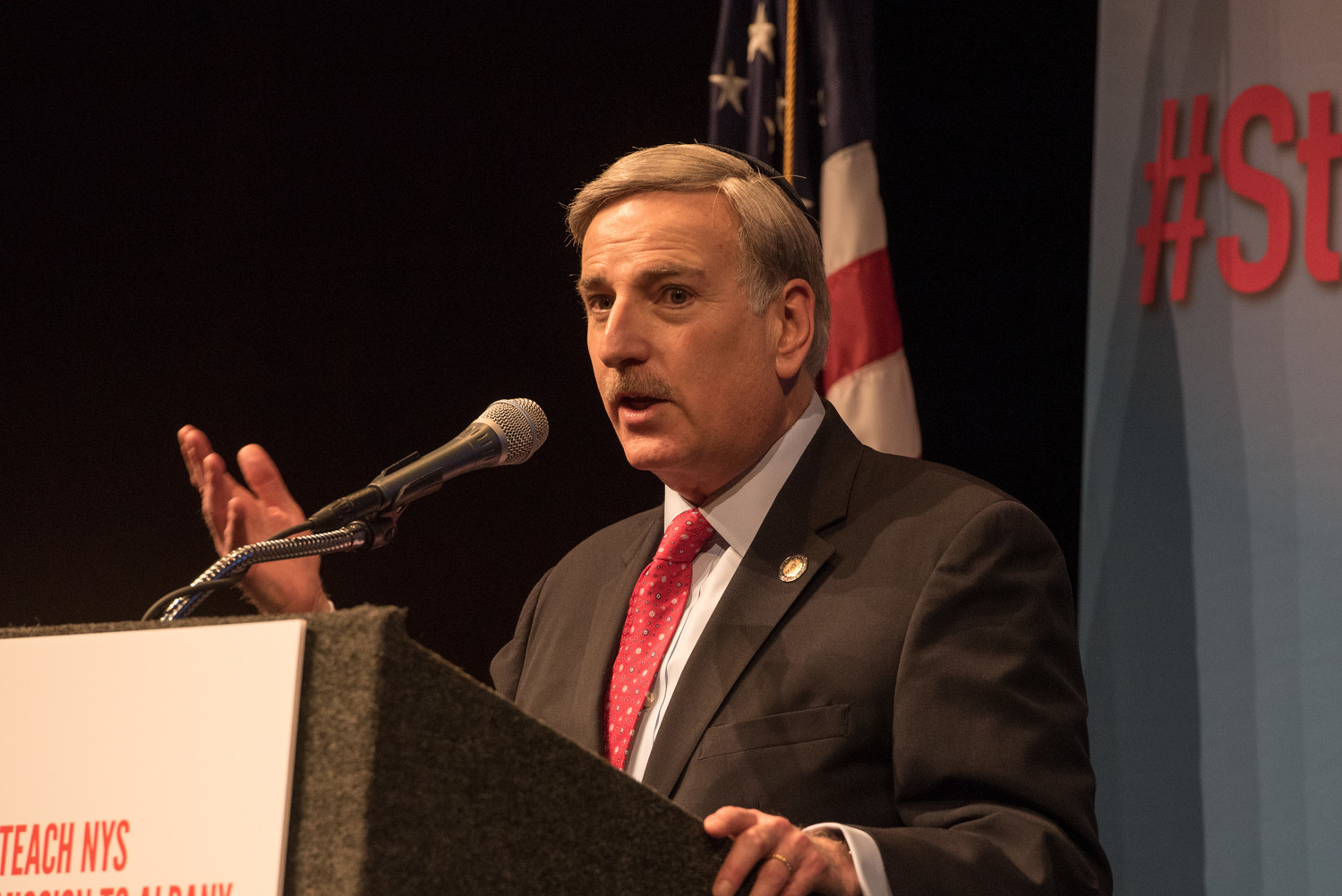 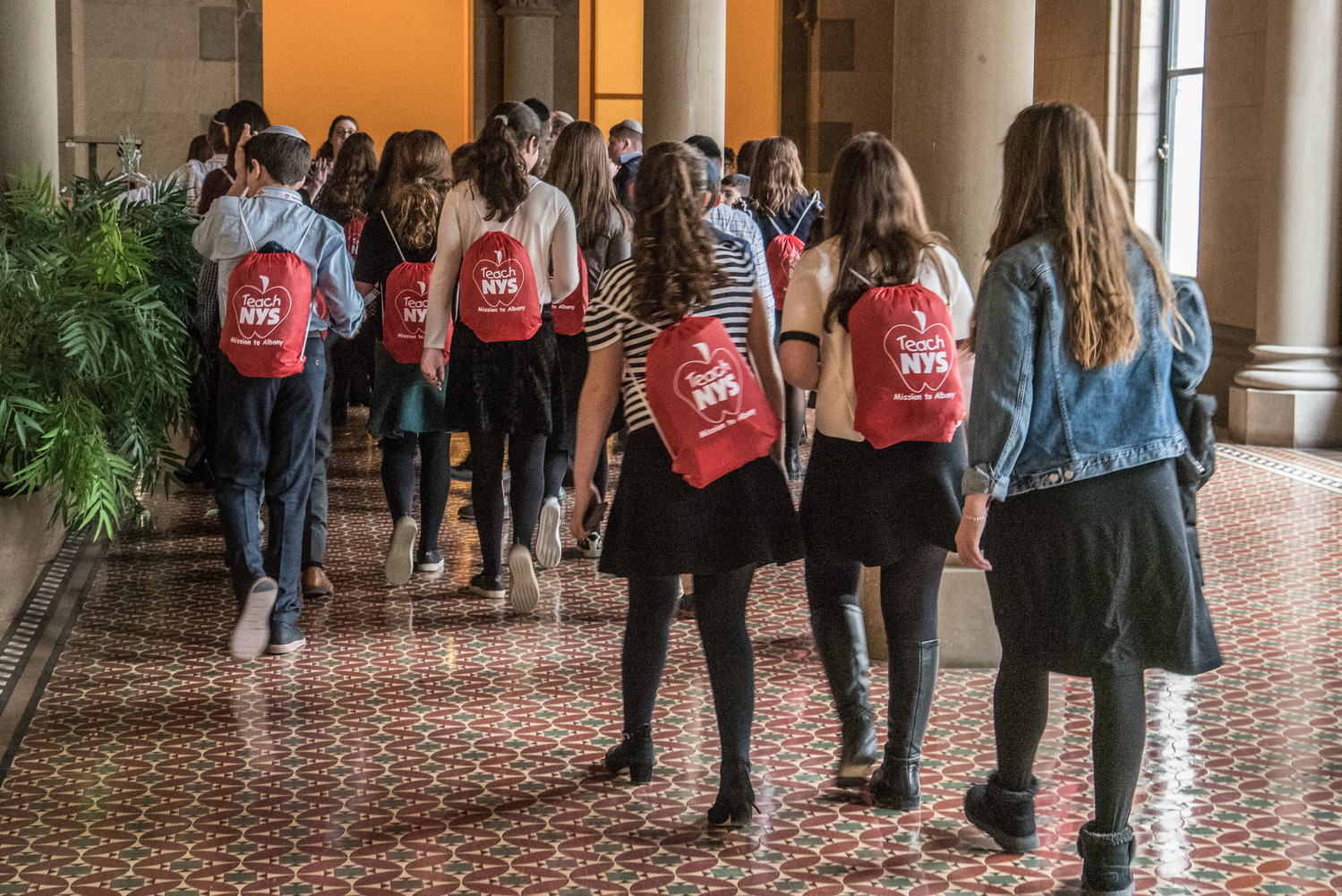 Hundreds of Jewish day-school students from around New York State streamed into the legislative chambers in Albany last Tuesday to advocate for increased state education funding for private schools.

Organized by the Orthodox Union’s Teach Advocacy Network — and accompanied by teachers, faculty, administrators, lay leaders and parents — the young lobbyists-for-a-day interacted with their state senators, assemblymembers, budget and finance chairs, and even the Senate majority leader. Students from several Long Island schools were among those participating.

Founded in 2013, the Teach Advocacy Network is the O.U.’s advocacy arm, created to pursue increases in state-funding assistance for private and parochial schools. Currently, it operates in six states — New York, New Jersey, Pennsylvania, Maryland, Florida and California — an area that encompasses between 80 percent and 90 percent of Jewish day-school students nationwide. New York’s advocacy arm is referred to as “Teach NYS.”

The primary focus of the day’s advocacy was on the need for equitable education dollars for students who attend private schools in New York, which comprise 15 percent of the total students educated in the state. Parents pay the same taxes as those whose children attend public schools; however, private schools receive less than 1 percent of state funding.

“New York state spends $20,000 per student to provide a public-school education for every child, and there are about 400,000 non-public students in New York state. That’s $10 billion dollars a year that they don’t spend,” said Allen Fagin, executive vice president of the Orthodox Union, in an interview with JNS after the event. “As a matter of fundamental fairness, some reasonable portion of that savings should be used for private-school students whose parents are also paying taxes.”

Fagin shared that the students advocated in Albany for two targeted funding increases. First, they lobbied for an increase in funding for school security—a topic that is front and center for all families these days in light of the mass school shooting in Parkland, Fla.

The second request, Fagin said, added on to a historic achievement made last year by Teach NYS: “To partially fund STEM (Science, Technology, Engineering and Math) programs in private schools. Funds were allocated last year to reimburse private and parochial schools for the cost of STEM teachers. To our knowledge, not only was it the first for New York state, but a first anywhere in the U.S. We sought to expand on last year’s advocacy to extend STEM education.”

Fagin noted that the STEM request, in particular, got a favorable, enthusiastic reception.

“Representatives from the governor’s office and budget department really understand the importance of STEM education in the lives of every student in the state,” he explained. “We highlighted the fact that STEM ed is a classic ‘win-win.’ It’s good for non-public schools, and it’s also a win for the state because it means that our kids are going to be well-educated in the kinds of fields required for the economy of the future. And in the process, they will become not only well-informed and productive citizens, but also be beneficial to the health of the state and its tax base.”

“We met with dozens of legislators—both from the New York State Senate and Assembly,” continued Fagin. “The kids had a wonderful opportunity to see and hear and participate in how state government works. It was a practical application of teaching how government works and how advocacy works, and how we can work to move government in the direction we care about.”

“I want to impart to you that the work that gets done [here] really is important,” Flanagan told the OU team. “Your advocacy—and I am particularly talking to the young boys and girls who are here—your personal advocacy makes a difference. You strengthen my resolve to work with my colleagues to ensure that your trip is productive in the short term and the long term.”

“For years, we were told by the leadership here in Albany that lobby missions are a gauge of how powerful an issue’s support is,” said Maury Litwack, executive director of the Teach Advocacy Network. “Today, we are sending the loudest, clearest message to Albany—our schools are here to stay, and we need full funding of the STEM program.”