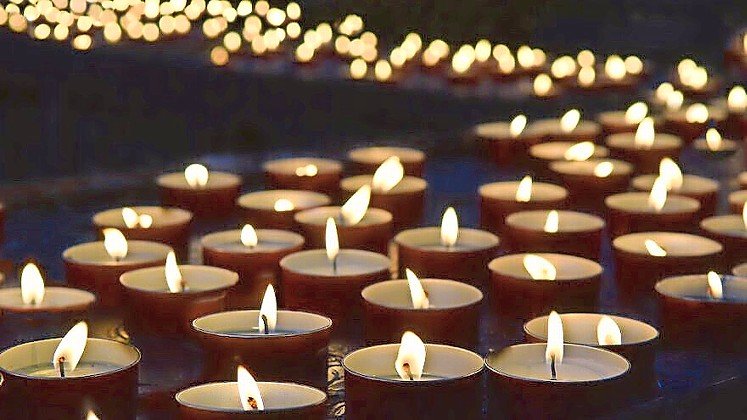 The Shoah was not just ordinary prejudice but a war on the Jews.”
By Jonathan S. Tobin

Eight decades after the Nazi attempt to murder all of European Jewry, the ranks of the survivors have thinned to the point where we know that it won’t be long before we will be holding such events without the presence of those who personally experienced in this great tragedy.

Without their courageous example in coming forward to speak of the unspeakable, observances like last week’s Yom Hashoah commemoration will necessarily be less moving and perhaps less meaningful. As a result, Jewish institutions must redouble their efforts to record survivors’ testimony for posterity.

But as the very last of that generation leaves us, two things are apparent: The Jewish world often misunderstands the most important truths about what happened and, just as important, many have forgetten that the imperative to remember the Shoah is not just to honor the victims and those who survived but also to educate ourselves and the world about the historical lessons at the root of this great crime.

It is on these points that much of the organized Jewish world continues to fail badly.

That’s been amply illustrated by our failure to properly assess just how dangerous ideas and movements that single out Jews for opprobrium are while instead continuing to obsess about others that present far less of a threat. In doing so, we are treating the security of living Jewish communities, and most especially the State of Israel, as unimportant — something that is incompatible with any honoring the memory of the Six Million.

The basic fallacy at the heart of most forms of Holocaust education and even many Yom Hashoah commemorations is the belief that what happened in Europe under the Nazi regime was the ultimate result of the toleration of prejudice. By universalizing what happened to the Jews of Europe, many in the Jewish community believe they can avoid its repetition.

The eliminationist hate of the Germans and their collaborators is often compared to the sort of prejudice that occurs everywhere in the world. But the origins and the mechanisms of European anti-Semitism were not a function of ordinary unkindness or routine prejudice against outsiders. The Jew-hatred that produced the Holocaust was something different. It was a way of looking at the world that was fundamentally political.

The will to regard the Jewish people as a foe to be destroyed rather than as a minority who might be tolerated, however reluctantly, on the part of those who perpetrated the Holocaust was part of a process rooted in history.

This misguided approach is best illustrated by the way many Jews analogize the Holocaust to their contemporary political beliefs. For example, many, if not most, Jews in the United States are politically liberal, and along with most partisans of the Democratic Party have adopted a position that treats the collapse of enforcement of immigration laws and border security as unimportant or merely an opportunity to welcome into the United States anyone who wants to come. That has led them to label those who disagree and believe in upholding the rule of law and the rights of nation-states to have borders as not merely prejudiced but following in the footsteps of Nazi persecutors of the Jews.

That’s why so many support treating illegal immigrants as if they were Jewish refugees running for their lives from Adolf Hitler’s regime, even though there is no rational basis for comparison to the events of the Holocaust.

While reasonable people can disagree about the issue, the debate about immigration — both in the United States and in Europe — has become distorted by these inappropriate arguments. That’s especially true in Western Europe, where open border policies have played a major role in the growth of anti-Semitism because the newcomers are Muslims from the Middle East and North Africa who have brought their hatred of the Jewish people with them. Yet to some in the Jewish world, efforts to curb immigration are treated as if this were a prelude to another Nazi takeover.

At the same time, many in the Jewish community are essentially indifferent to the two main forces driving anti-Semitism today: radical Islam and leftist ideologies like intersectionality and critical race theory. Yet some of the same people act as if opposition to open borders is akin to the Third Reich, whether in the United States or even a country like Hungary, where a government that is friendly to Israel and supportive of Jewish security is mischaracterized as authoritarian or even anti-Semitic.

It’s true that anti-Semitism still exists on the right, as is illustrated by the persistence of such attitudes in France, where the roots of Jew-hatred run deep. Though such forces are politically marginal in the United States — their violence makes them worrisome — any kind of anti-Semitism can’t be tolerated.

Yet the fundamental problem with a lot of Jewish thinking about anti-Semitism is that Jews are not properly focused on those forces that are spreading hate today as opposed to those that remind them of fears that are largely rooted in the past.

That’s the only explanation for the insufficient alarm felt in the organized Jewish community about the popularity on the left of ideologies that treat Jews and Israel as part of “white privilege” or an oppressor group, essentially granting a permission slip to anti-Semitism.

It also explains why so many Jews are willing to buy false claims of “Islamophobia” from radical groups like CAIR and anti-Semitic politicians like Minnesota Rep. Ilhan Omar rather than understand such attempts to distract others from their own Jew-hatred.

Equally frustrating is the failure of much of the Jewish world to properly acknowledge just how crucial anti-Semitism is to the opposition against Israel and Zionism. That is true not just of Palestinian Arabs who support murderous attacks on Jews; it also comes from the Iranian regime that is working towards a nuclear capability that could repeat the Holocaust while denying the one that already happened.

That’s something to remember as we listen to Holocaust commemorations that often downplay contemporary threats to Jewish life while universalizing the slaughter of the Jews during the Shoah.

Honoring the generation of survivors we are losing means not just re-learning their personal stories, but understanding that our primary duty is to defend living Jews against the very different foes that have risen up to continue the work of those who spilled Jewish blood in the past.