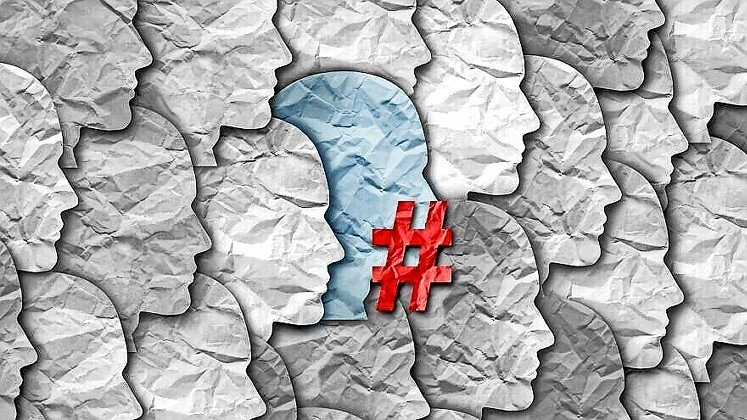 A critical mass of American institutions has abandoned the idea that the right to freedom of expression should be respected.”
By Jonathan S. Tobin

For a lot of people, the phrase “cancel culture” is still a theoretical concept. They know it refers to people being punished in various ways for saying things others don’t want to hear, but they have little personal experience of it. Until not all that long ago, the idea of being “canceled” was largely limited to the rarified world of academia.

We have gotten used to seeing stories about colleges canceling appearances from guest speakers whose views on a variety of subjects might offend someone. The offended parties were almost always left-wing students, often egged on by leftist professors, who considered the enunciation of opinions they deemed beyond the pale unacceptable. We were told that hearing ideas that challenged these students’ pre-existing opinions and prejudices would “trigger” them, causing them to feel “harm” or to be “endangered.”

H.L. Mencken, the great skeptic and cynic of American journalism, once defined Puritanism as “the haunting fear that someone, somewhere, may be happy.” The woke left has embraced its own brand of rigid orthodoxy in which they are haunted by the idea that someone, somewhere may be questioning their ideas about race, gender, government power, and above all, whether open debate about these issues should be tolerated.

But dust-ups about guest speakers at colleges have now morphed into ongoing controversies about whether institutions of higher learning ought to allow those guilty of wrong-think about affirmative action or the notion that America is an irredeemably racist nation to continue teaching. Social media, which was once believed to be the method by which free speech would proliferate even in repressive nations and cultures, became the vehicle for detecting and then enforcing violations of the new orthodoxies.

For example, in 2017, University of Pennsylvania Law Professor Amy Wax, a noted Supreme Court litigator and expert on social-welfare law and policy, and also a medical doctor, fell afoul of cancel culture for co-writing an article in which she lamented the price Americans were paying for “the breakdown of the country’s bourgeois culture.” In it, she spoke of “the destructive consequences of the welfare state” and linked the growth of a variety of social pathologies to the decline in belief in the importance of hard work, decorum, patriotism and stable two-parent families.

Most importantly, she pointed out that “all cultures are not equal or at least not equal in preparing people to be productive in an advanced economy.” The willingness of opinion leaders in popular culture to champion “multicultural grievance polemics” has, she said, had real consequences in terms of the actual harm done to society.

For this somewhat anodyne and almost irrefutable observation, she was roundly denounced at her own university, which had repeatedly honored her for her teaching, as well as throughout the academy. But rather than stay silent, she has continued speaking out in defense of the Western canon, as well as about the truth about affirmative action policies and questioning the value of unlimited immigration into the country of those who oppose core democratic principles of equality. She is now routinely denounced as a racist and “white supremacist,” and the University of Pennsylvania is reportedly trying to figure out how it can legally punish or fire her.

Ilya Shapiro, another legal scholar, was suspended at Georgetown University Law School earlier this year for, as he conceded, a poorly worded tweet in which, like many Americans, he questioned the wisdom of President Joe Biden’s commitment to consider only a black woman for a Supreme Court appointment. That prompted some Georgetown law students to pressure the university to not only fire him but to provide them with a “safe space” where they could cry about Shapiro’s apparent heresy.

The school’s six-month investigation into Shapiro’s tweet ended when it concluded that since he had not yet begun work at the university when he posted it, he could not be punished. Though reinstated, Shapiro soon resigned, saying that his employer’s unwillingness to defend his right to state his opinions meant that it had bowed to a progressive mob and ensured that he would have to keep silent in order to avoid being put through another such ordeal.

At Princeton University, noted linguist Joshua Katz was fired, supposedly over a past violation of school policy (for which he had already been punished). But really, it was about his willingness to criticize the moral panic about race that spread throughout the country during the summer of 2020. The school branded him a racist for questioning the Black Lives Matter movement, and after a prolonged attack from so-called progressives, it succumbed to the pressure to purge Katz.

While these cases have attracted national attention, they are just the tip of the iceberg. The dynamic is that even when the abandonment of free-speech policies is criticized, those who might think of emulating the victims’ courage in contradicting fashionable opinion are still deterred. Few people can risk the financial consequences of losing a job over their desire to speak the truth, let alone the grief and trouble that go with being the object of the rage of a cancel-culture mob.

The net result of these controversies is that free discourse is not merely chilled but is effectively suppressed. Examples like Wax, Shapiro and Katz are notable largely because few of those who might agree with him would be willing to risk the perils of following in their footsteps.

Nor are universities the only places where people can get canceled. And rather than the mob’s fury being solely directed at conservatives, they have grown bolder in recent years.

Part of this plays out in the way that large companies like Amazon cancel authors and books that call into question the new orthodoxies about race and gender.

It also affects journalism. In 2020, the New York Times fired an editor for choosing to publish an opinion article by Sen. Tom Cotton (R-Ark.) that called for action to halt the Black Lives Matter riots. Another editor, Bari Weiss, resigned over what she termed the intolerable pressure that stemmed from a woke Twitter mob in the paper’s newsroom determining policy regarding anti-Semitism.

The chilling of speech has even spread to the sports world, where last week Jack Del Rio, an assistant coach of the National Football League’s Washington team, was fined $100,000 for a tweet in which he wondered why the Black Lives Matter riots were not being investigated by Congress and dismissed the Capitol Riot as a “dustup.” The team denounced Del Rio for expressing a political opinion that they disagreed with and with the financial penalty they exacted, made it clear no one on the team, or in a similar position elsewhere, should dare to publicly express a view that wasn’t in line with that of the woke establishment that currently rules in most boardrooms, as well as in professional sports.

It doesn’t matter whether you agree with Del Rio’s opinions about riots or believe that the opinions expressed by Wax, Shapiro and Katz were correct. What matters is that a critical mass of American institutions across the board has abandoned the idea that the right to freedom of expression should be respected.

It’s true that there were always some constraints on discourse, especially in the private sector. But the general assumption that governed American public life was that restrictions on free speech were dangerous not just because they were wrong in and of themselves, but because most people understood that silencing one point of view would inevitably lead to shutting up others, including themselves. What’s so different and dangerous about contemporary cancel culture is that it is an enforcement mechanism employed by one side in our political battles — the woke left — that no longer believes in the concept.

Having come to see politics as a zero-sum game in which those who question racialist thinking can be branded as evil racists, woke mobs on campus, in newsrooms or on Twitter have no compunction about demanding purges in the name of expunging those who question their ideas.

The implications of this development are obvious. Without open discourse, democracy is a sham. And if those who question ideas like critical race theory or the Black Lives Matter movement, which provides a permission slip for anti-Semitism because Jews are assumed to possess “white privilege,” are canceled, then that means those who champion these toxic ideas are often given impunity in the same forums, essentially granting a permission slip for Jew-hatred.

A country where cancel culture has become pervasive is not a safe place for democracy or Jews. More to the point, speaking out against this trend, can’t just be a matter for the courageous few who are willing to risk cancellation. Unless and until this trend is confronted and defeated not just in the public square but by holding universities who allow it run rampant accountable, free speech will be a thing of the past.