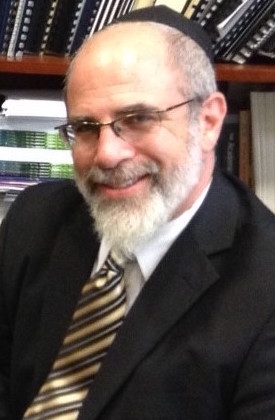 Dr. Henry Abramson, dean of the Landers College for Arts and Science of Touro Collge in Flatbush.
By Celia Weintrob

On Rosh Chodesh Shevat, women who attended the Ohel Sara Amen Group in Lawrence enjoyed a lecture by the witty and informative Dr. Henry Abramson about the contribution of women to the Kabbalistic fellowship in Tzfat.

Identifying himself as a “specialist in the history of ideas,” Abramson, dean of the Lander College of Arts and Sciences at Touro College in Flatbush, explained why Tzfat was important as a major incubator of ideas.

“Tzfat, a sleepy little town in the 16th century, never mentioned in the Tanach, experienced an explosion of Jewish spirituality,” he said. “It went from zero to 100 miles per hour over the course of about 80 years” before dying out. But it affected Judaism for the next 400 years. “It would be like having 100 Nobel Prize winners living here in [Lawrence zip code] 11559. Imagine running into them at Seasons! That’s what Tzfat was like.”

“Most women in Tzfat were as literate as their husbands, except it may have been in Portuguese or Spanish rather than Hebrew,” but there are few documented records of women’s voices in the fellowship, mostly hazy glimpses, Abramson said.

However, much is known about Francesca Sarah Fioretta of Modena, who was thought to have had prophetic abilities and was a dream interpreter. After dreaming that all of Tzfat would be destroyed by earthquakes and plagues, the rabbis coordinated a three day community-wide fast, which was followed by another dream that Hashem had accepted their teshuvah.

In this regard, Fioretta’s “authority was equal to that of men,” Abramson pointed out. This versatile woman “was well versed in the Mishna, Zohar and Torah, and gave classes behind a mechitza to men. There were many possibilities for women at that time.”

“The fellowship was quite concerned with the status of women,” he said. “Even the smallest details of conversations between a couple was thought to have deep kabbalistic meaning. The Kabbalah, as a whole, is a deeply gendered system of thought.”