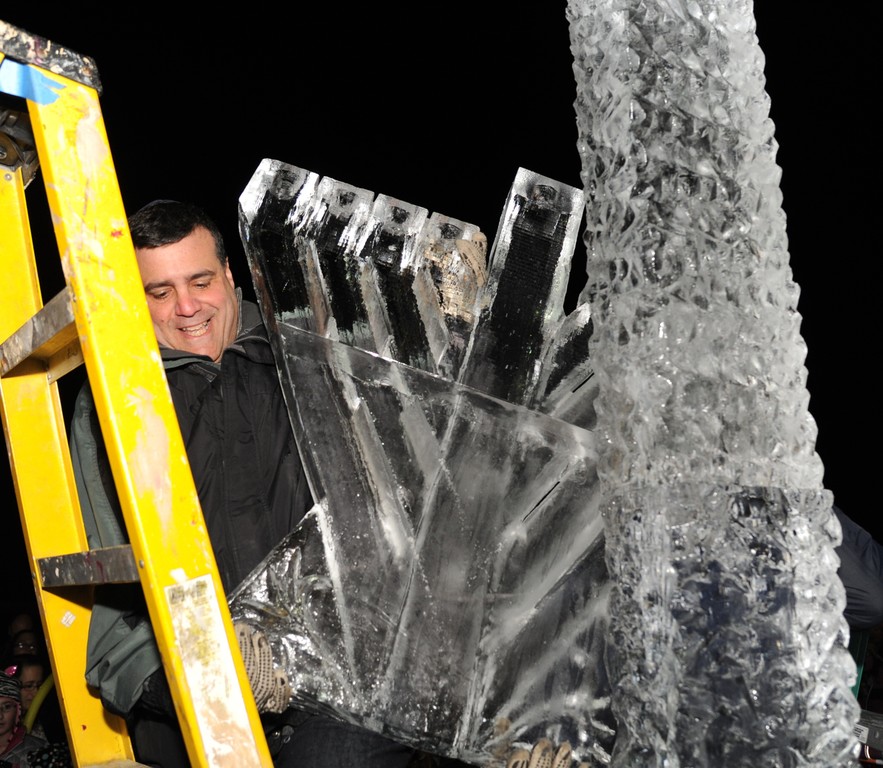 Curtis Izen of Merrick lifted a giant ice menorah atop a pedestal on Sunday.
Donovan Berthoud 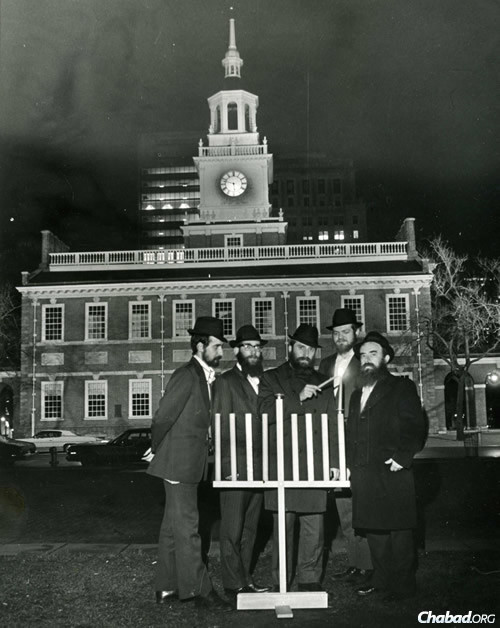 Publicly displayed menorahs have become commonplace in the U.S.; many Long Island communities, from the Five Towns to the Hamptons (not to mention Flatbush and Queens) light nightly in the public square.

This was not always the case. The debate over public displays of religion has been a longstanding one, despite numerous legal rulings in favor of the displays.

For Jews, the increasing inclusion of the Chanukah menorah and other Jewish symbols in the pantheon of American civic and religious discourse highlights their mainstream acceptance in society.

According to Chabad-Lubavitch, whose giant menorahs and car-rooftop menorahs signal that the holiday season has arrived in many communities, the first public menorah lighting occurred in Philadelphia in 1974 near the Liberty Bell, and the tradition spread when the group’s leader, Rebbe Menachem M. Schneerson, issued a directive encouraging menorah lightings in public places.

In line with the movement’s famous zeal and grassroots initiatives, Chabad eventually launched a global menorah campaign, and today there are thousands of Chabad-led menorah lightings.

“Obviously there are always those who come up and have [taken] issue with it,” Rosenfeld said. “The perspective the Rebbe gave us was that Jews should have a positive feeling about their mitzvot and their Judaism. So he encouraged us to do whatever we can to display those menorahs.”

The public display of religious symbols is anchored in the First Amendment of the Constitution in the so-called “Religious Clauses” of the Establishment and Free Exercise Clause. The Constitution states that “Congress shall make no law respecting an establishment of religion” in a portion known as the Establishment Clause, but proceeds to also ban “prohibiting the free exercise” of religion in a portion known as the Free Exercise Clause. The discourse surrounding these clauses has become one of the most controversial debates in America, yielding numerous legal battles being waged over the display of religious symbols in public areas.