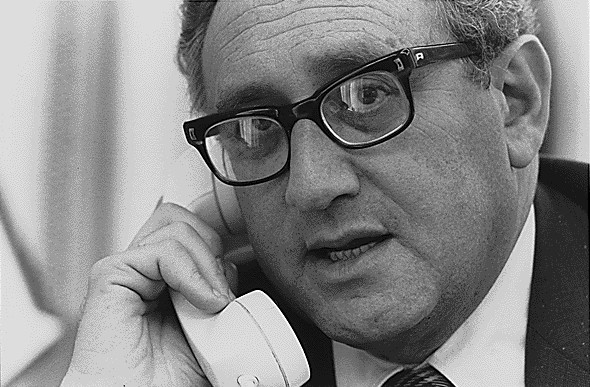 Nixon? Everyone knows he didn’t like Jews or blacks or the Irish. But the real shock in the recently released recordings Nixon made in 1973 was a stray comment from his Secretary of State, Henry Kissinger. Kissinger, one of the great Jewish statesmen, told Richard Nixon that Jewish emigration from the Soviet Union was “not an objective of American foreign policy.”

“And if they put Jews into gas chambers in the Soviet Union, it is not an American concern. Maybe a humanitarian concern,” Kissinger said.

The comments were all the more shocking given that Kissinger himself was intimately familiar with the Holocaust, having only escaped Germany in 1938.

In an email to The Jewish Telegraphic Agency, Kissinger did not apologize for his remark and instead stressed the larger context of his comments.

“The conversation between Nixon and me must be seen in the context of that dispute and of our distinction between a foreign policy and a humanitarian approach,” he told the JTA on Wednesday.

Abe Foxman, the national director of the Anti-Defamation League, issued a statement defending Kissinger. Foxman stated that Nixon created “an environment of intimidation… Dr. Kissinger was clearly not immune to that intimidation.”

“Dr. Kissinger’s contributions to the safety and security of the U.S. and Israel have solidly established his legacy as a champion of democracy and as a committed advocate for preserving the well-being of the Jewish state of Israel,” he wrote in a statement posted on the organization’s website. “The Nixon Tapes should not change history’s verdict on the important contributions and ultimate legacy of Henry Kissinger.”

Other scholars were less charitable.

“We should not apologize for this,” said Jeremy Suri, the author of “Henry Kissinger and the American Century” and a professor of history at the University of Wisconsin. “Even if we can say he did some great things, we can condemn the horrible things and this is one of them.”

Suri said this brought to light Kissinger’s role in the Nixon administration, which he likened to a “Court Jew.”