Celebrate Israel Parade and 'Concert With a Message' 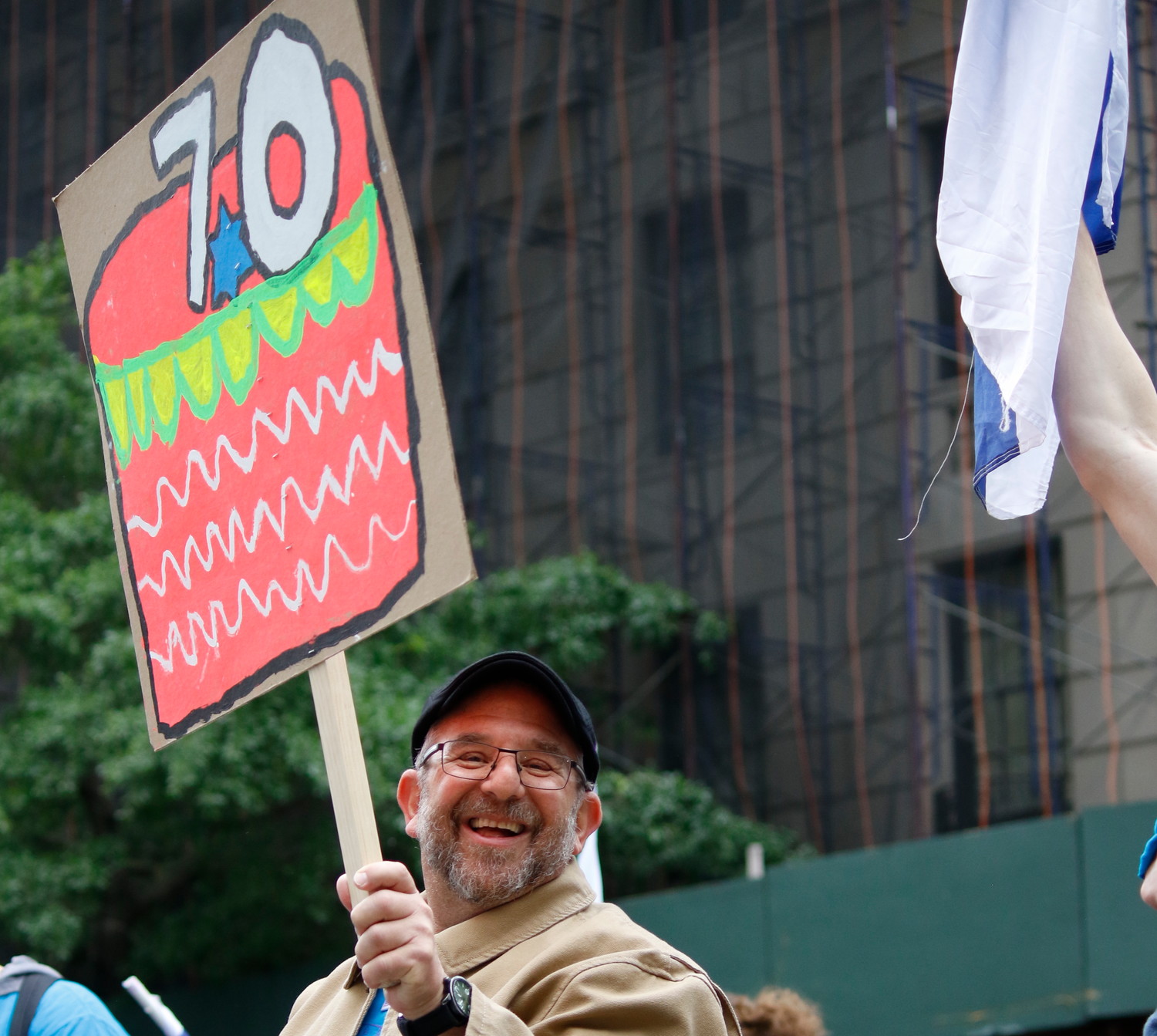 As tens of thousands of New Yorkers joined representatives of governments and organizations from around the world in Sunday’s Celebrate Israel Parade up Manhattan’s Fifth Avenue, many carried banners paying homage to this year’s theme of “70 and Sababa!” Other signs focused on Israel’s unity, technology, entrepreneurial spirit, strength and freedom.

When Israelis say something is sababa, they mean it’s awesome, fantastic or super — like Israel itself!

Rapper Kosher Dillz and singer Lipa Schmeltzer were among the event’s performers. Many of the groups that marched played popular Israeli songs, including the now ever-present “Toy,” the song performed by Israeli Netta Barzilai that won this year’s Eurovision.

Anti-Israel protesters were confined to a small area south of Central Park.

Marcher Menachem Jacob said he believes Israel’s greatest accomplishments in the last 70 years were bringing democracy to the Middle East and providing a safety net for those seeking refuge.

“My parents are Holocaust survivors,” he said. “So just to feel safe that my kids and their kids can grow up knowing that they have a country they can go to if they get in the same kind of trouble my parents got into … that’s my favorite part about Israel.”

Danon said he was “pleased to launch a new tradition of having a large number of ambassadors march with us in the biggest pro-Israel demonstration in the world.” He said that it was “heartwarming to see so much support overseas among Israel’s friends overseas in these difficult times.”

Although the parade ended at 4 pm, additional celebrations were held in Central Park, and festivities continued in the evening in Times Square.